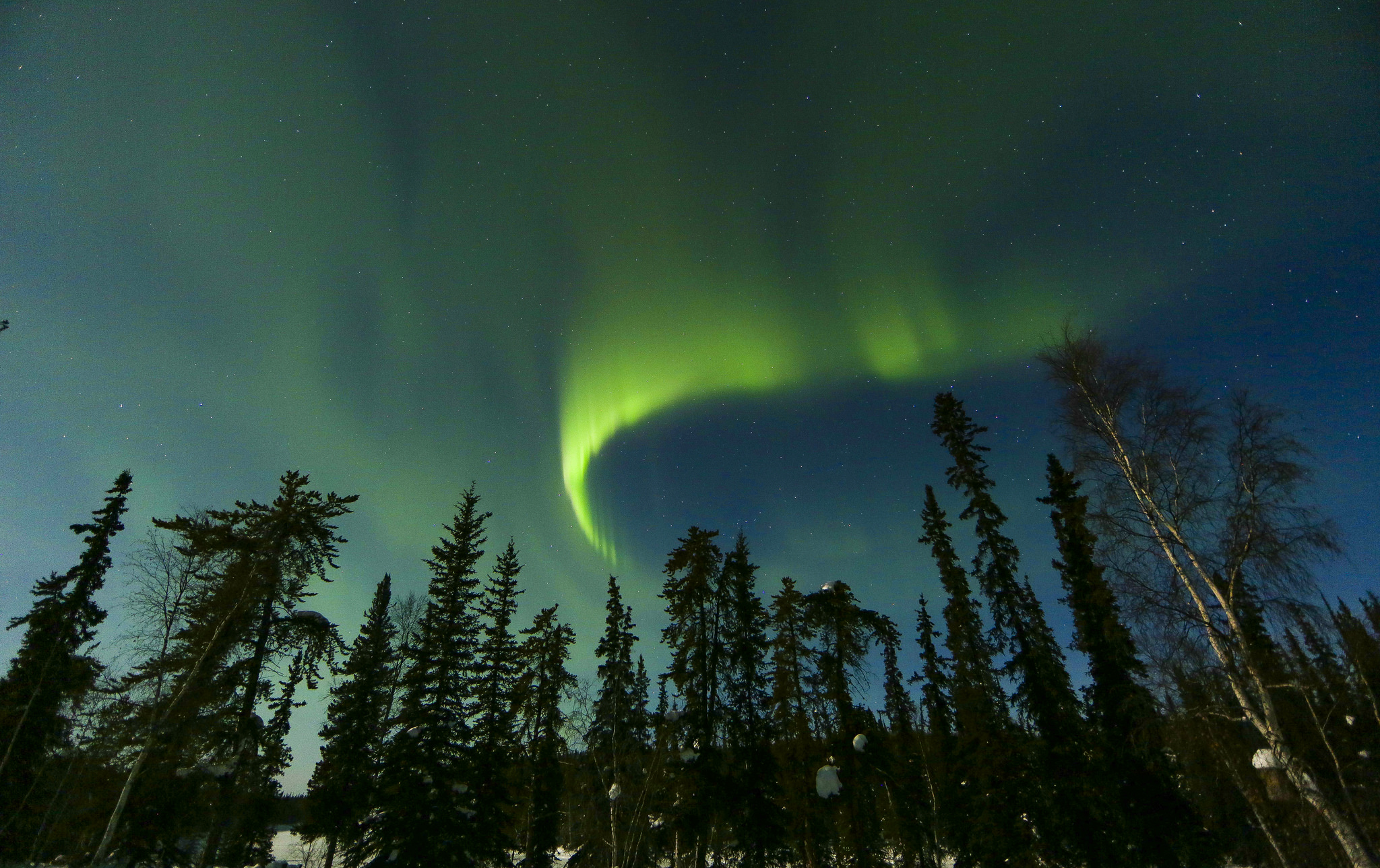 When we first enter the world of essential oils, nothing can prepare us for the amazing journey we’ve just embarked on. As we apply oils to our body, our bathtub and our diffuser and experience their effects, we are drawn deeper and deeper into the mysteries of nature.

Every oil has a story….and this is the amazing story of Black Spruce – an oil that will help you discover your life’s purpose and attract prosperity.

Black Spruce and the Aurora borealis 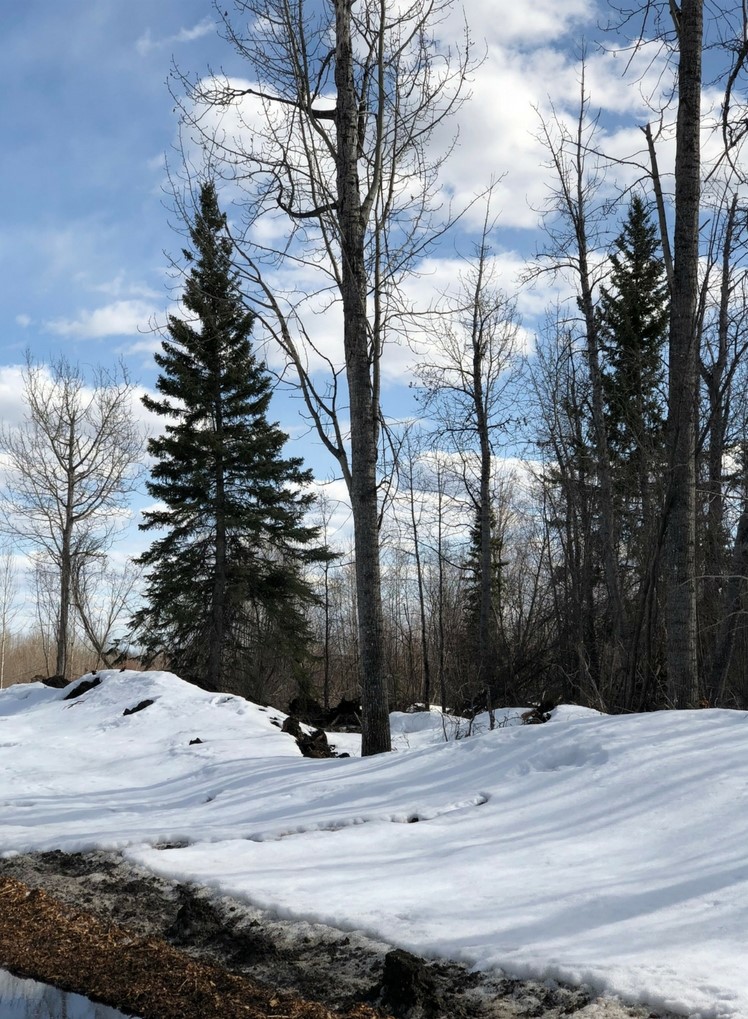 Black Spruce oil is one of the single oils contained in our oil blend Valor, and it’s what gives Valor its amazing electrical charge.

I was inspired when Gary Young first spoke to me about Black Spruce, a conifer native to Canada. He shared the following explanation:

As the Aurora Borealis (the Northern Lights) plays across the sky with its incredible electrical energy, the needles of the Black Spruce tree draws this energy into the tree. When we distill the tree for its oil, that electrical quality makes its way into our bottle of oil.

This is an oil of Pure Electricity!!! 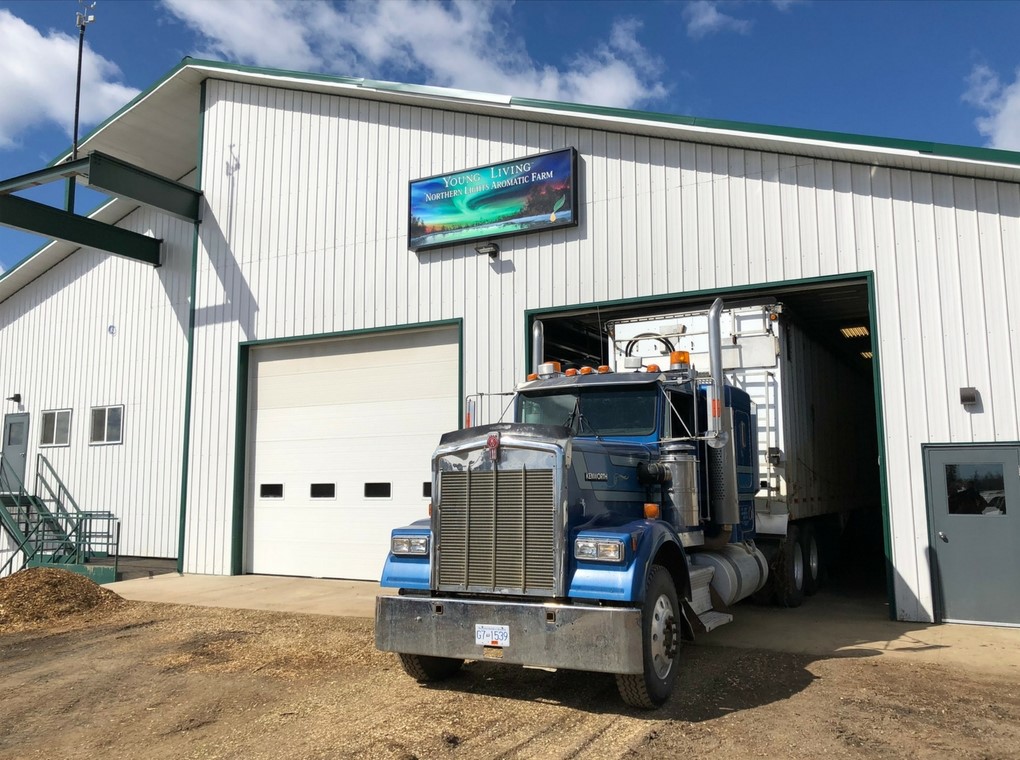 This week, I had the joy of visiting Young Living’s Northern Lights Farm in Fort Nelson (Canada), where the Black Spruce is grown and distilled. The farm manager Cory Howden (pictured below) asked me: 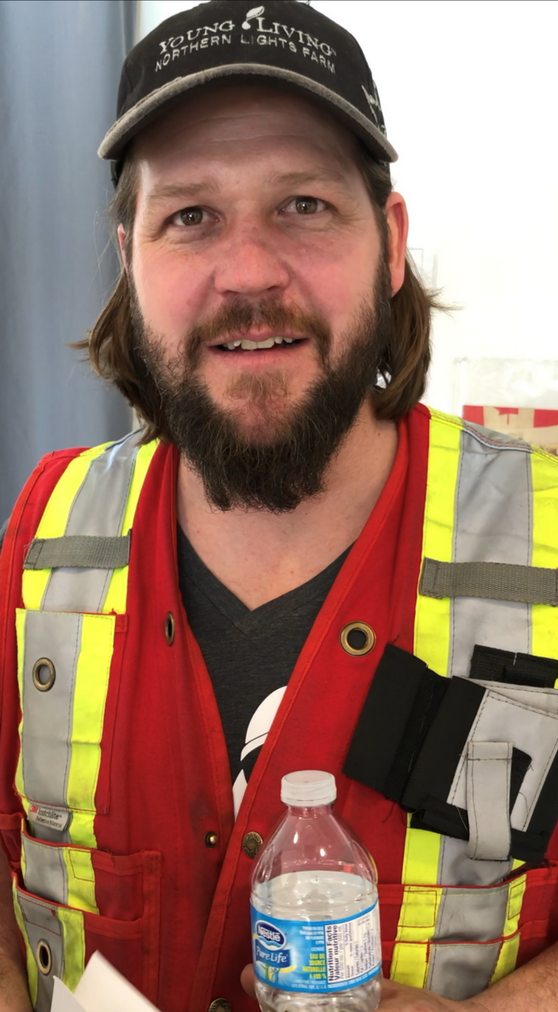 “It only stands to reason that the soil, the plants, everything underneath these northern lights have been touched by that energy.

“It doesn’t take a rocket scientist to say that there might be a connection between that energy of the Aurora borealis and the energy of the oil.”

A bit far-fetched, you think? I don’t believe so. For years, I’ve had people talk about how they can feel electricity running up their body when we perform a Valor Balance on them.

Frank, one of the workers on the farm, shared about something he began noticing as he worked with Black Spruce oil. He observed that when the oil is sitting in a simple glass 2 litre container, and sunlight reflects through the oil, it forms prisms much the same as the prisms of light formed when sunlight goes through a crystal hanging in a window. 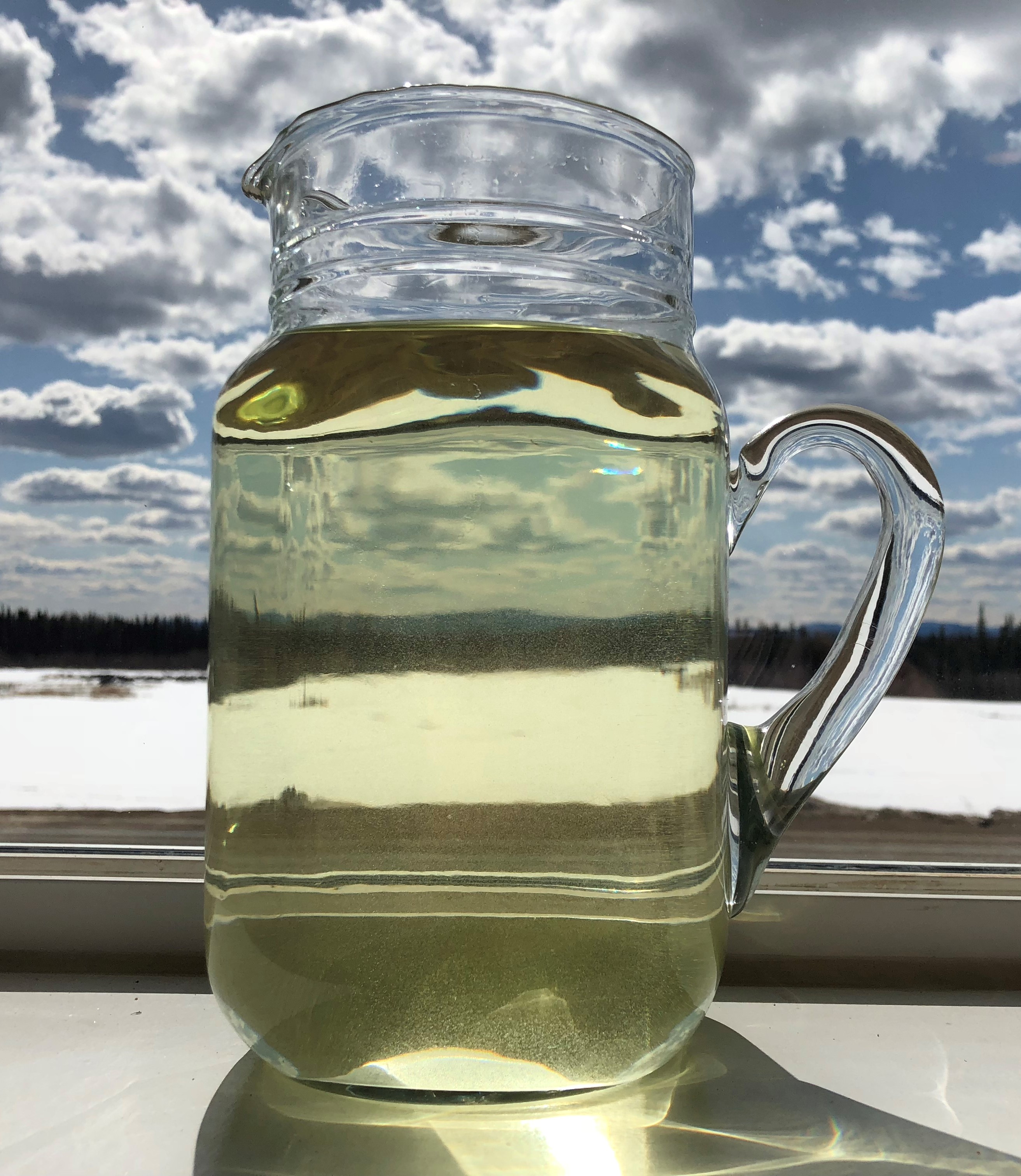 As the sunshine reflects through the oil, the lights of the northern sky dance on the floor in front of you!

One of the ladies asked him what it was we were actually seeing, and he responded, “What you are seeing here is luminosity. If you get a Diamond or a Crystal and hang it in your window, you get a reflection. This is glass with liquid gold in there, and [you see it] just because of the way the sun is shining and how it interacts with the essential oil. These are the only Northern Lights you will ever see during the day!” 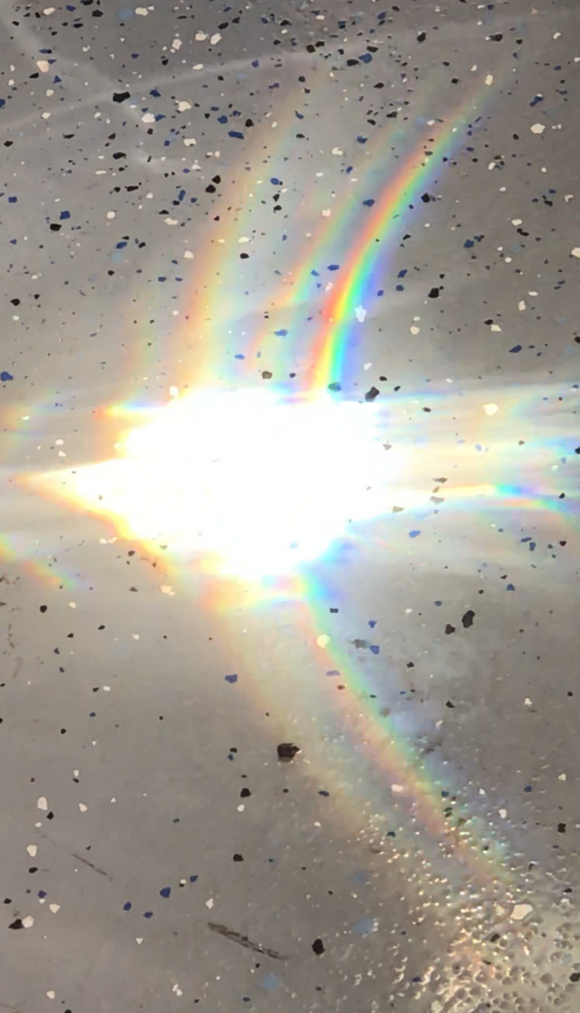 He was having so much fun and passion demonstrating this discovery to the group, and was telling us about how it lights up his day to look into our eyes, and see our own love of the Black Spruce oil in there, as it is in him.

Yet later, I returned to his lab. Why? I had no particular logical reason, but was drawn back there by Spirit, as if by a magnetic attraction.

And Frank was sooooo excited to see me. “I have something to show you”, he said, “I could see you and your sister were touched by what I showed you earlier, and you really “get” this. I’ve been looking out for you, because I wanted to give you an experience”. 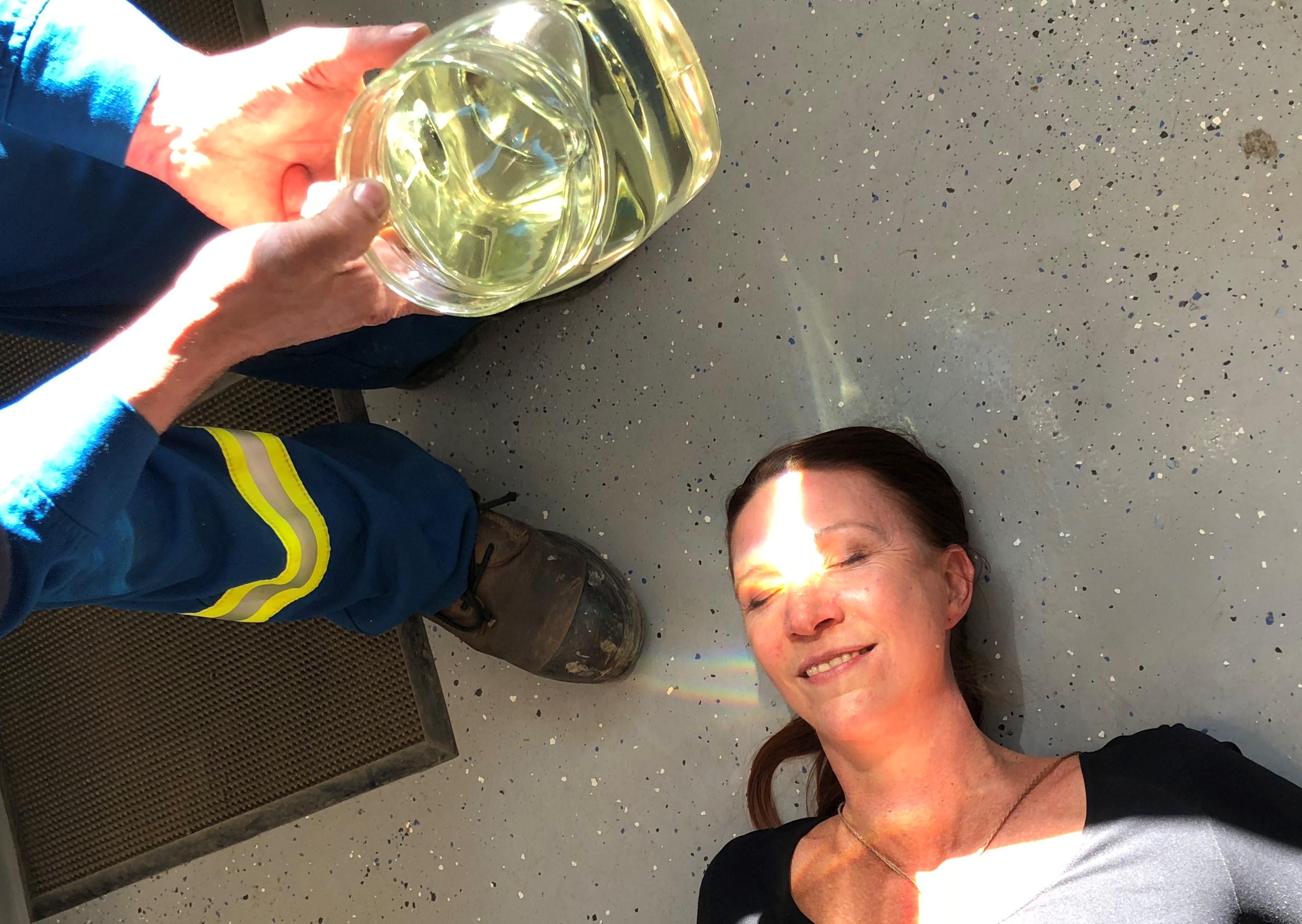 And then he invited me to lie on the floor, while he made the northern lights dance over my forehead and throat.

After a few seconds, I could feel myself being transported out of my body, and I was in the sky.

Then we spoke, and I was back in my body again. But after a bit more of the northern lights playing on me, I saw myself in a ring of fire, connected to the earth. They were very powerful flashes, but even more interesting was how I felt. 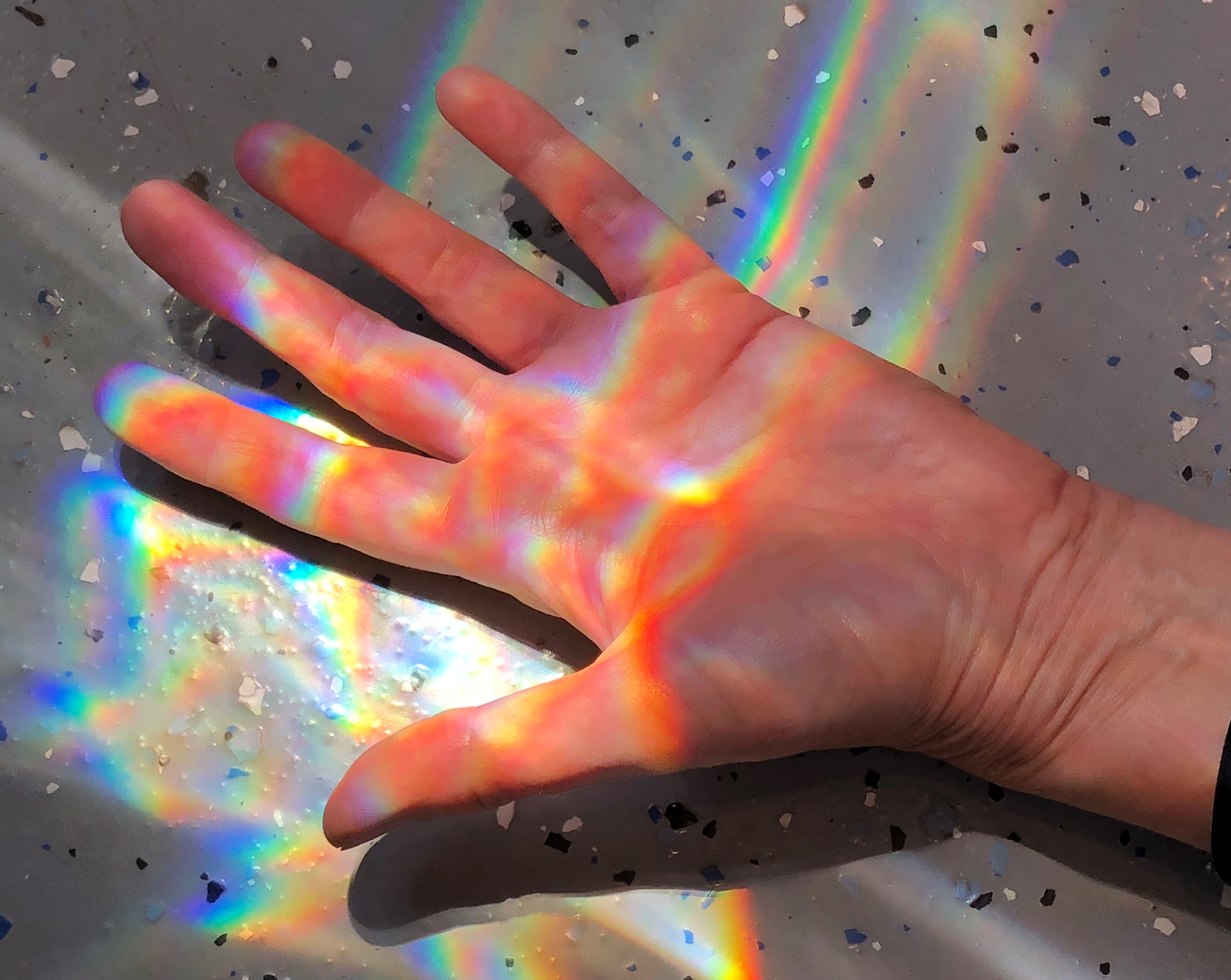 I felt the Northern Lights of the Black Spruce connect me to the Earth and the Sky, and I floated around for the rest of the day, feeling that something had blown me open from my solar plexus chakra to my crown chakra. It was a beautiful, ecstatic, expansive feeling.

But the interesting events didn’t stop there. I took myself out for a walk, because I really wanted to connect with the Black Spruce trees themselves. I walked as far as I could go without ending up a foot deep in snow or mud….and while I was there in nature, I took a video on my phone of the Black Spruce trees, and the trickling water currents created by the melting ice.

And when I reviewed that video, what should be dancing in it, plain as day, but a bright blue orb

So there were certainly some nature spirits dancing on the farm that day (see the left hand pic below)!!!

And when I went looking for some extra pics from Young Living’s flickr site, what should I come across but a pic taken by one of Young Living’s professional photographers, and it’s also showing an orb – a green one (see the right hand pic below)!!! 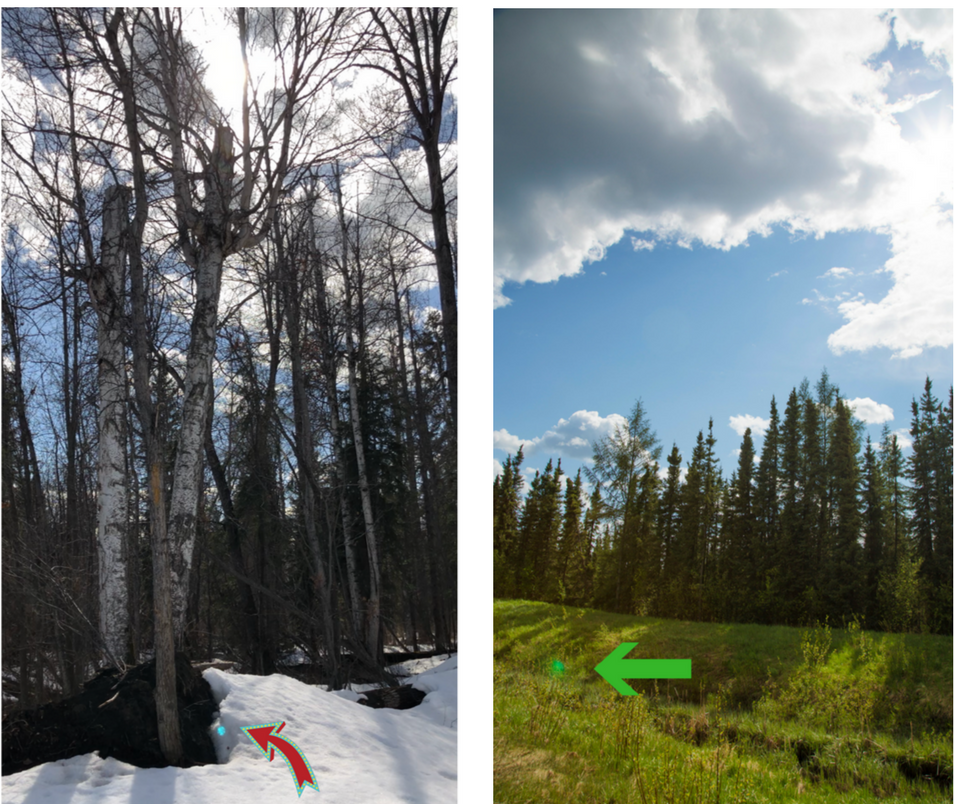 That night, when I tried to transfer photos and videos to my computer, nothing was working properly for me around technology – not my phone, not my computer, not the internet – it was all intermittent and problematic. I’ve seen this happen before in the face of powerful electrical energy, and so whether it was from the region or whether it was from me, I couldn’t say…except that others didn’t experience this, so I think most likely it was coming from me.

Whatever the reason, I can vouch for nature’s electricity, magic and power present on the farm, which makes its way into our Black Spruce oil. 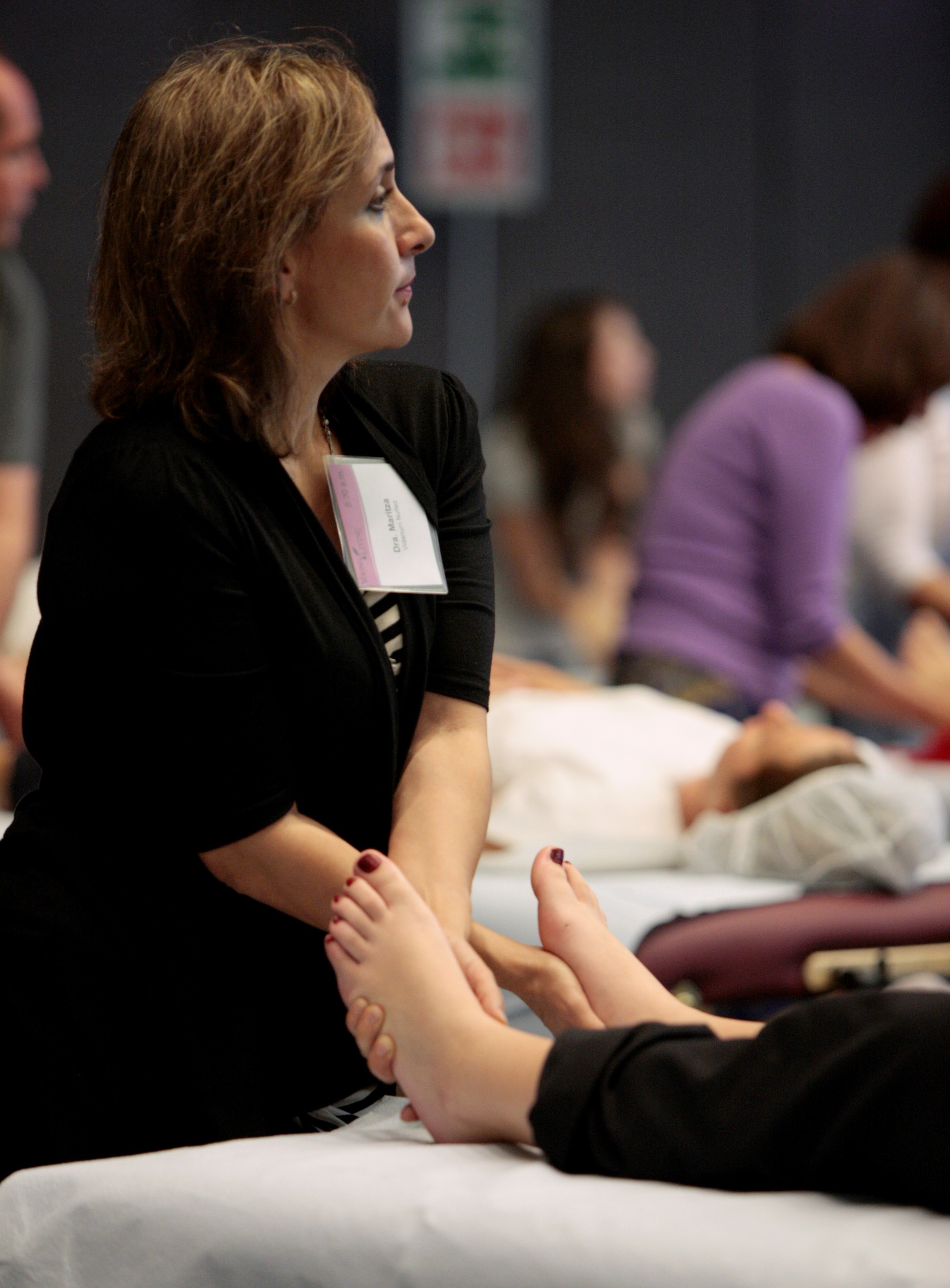 Notice what you are feeling in your palms? With practice, you will be able to feel the electricity pulsing in your partners’ feet. When both feet feel balanced, then you are complete with your Energy Balance.

Every oil has a story, and Black Spruce oil is intimately entwined with the story of the Northern Lights, the Aurora borealis. Yet in addition to its magical story, it also has a nature story – how it likes to grow, how it likes to be distilled, and why Young Living came to be farming it. Let’s take a look at this part of its story. 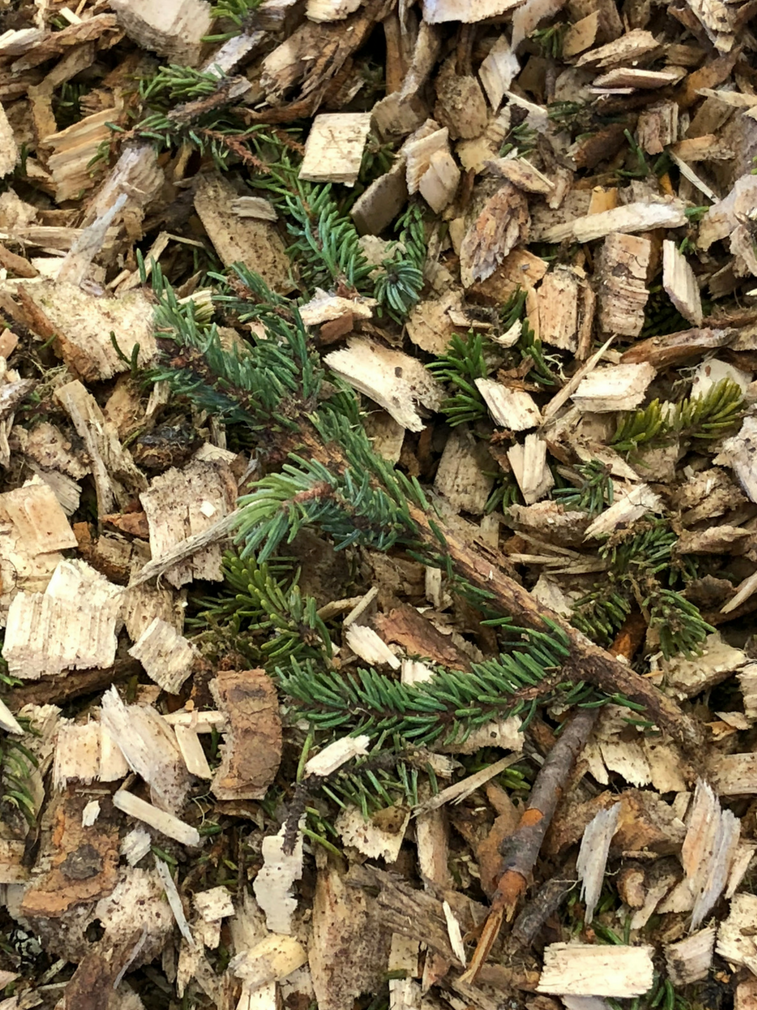 It’s widespread across Canada, found in all 10 provinces and all 3 Arctic territories, and it happens to be the most important pulpwood species of Canada due to the long fibres present in its wood. Its wood is almost white and odorless, so in addition to pulp, its wood is often used for making chopsticks, fast food containers, and construction plywood. 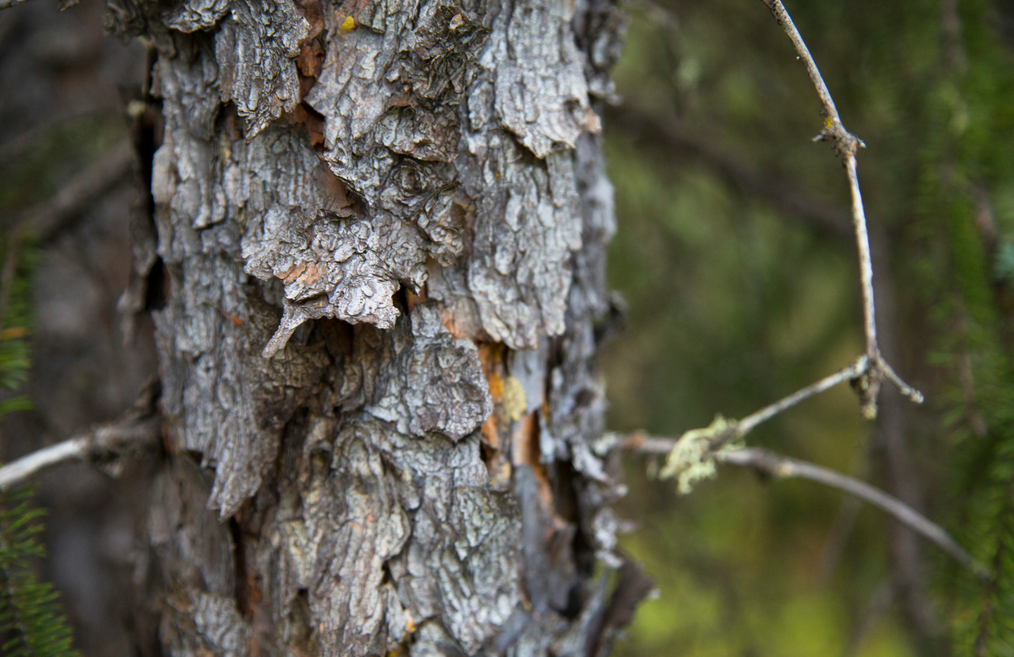 Black Spruce is a mid-sized conifer, growing to a height of 20 metres with a trunk diameter of 25 centimetres. It has short, dark, bluish-green needles which are four-sided and blunt on their ends.

The needles are arranged in all directions along the twig, although most are pointing upwards.

Unlike some of the conifers, Black Spruce foliage remains thick all the way to the top, so that sometimes it appears to have a cluster of branches at its top forming a club or “crow’s nest”. Its pine cones grow mostly at the top of the tree, and some of them can stay on the tree for 30 years!

Black Spruce loves to grow alongside of White Spruce and Lodgepole Pine, and is frequently found in cold, poorly drained areas like swamps and bogs. Interestingly, when it is grown on high and dry ground, it grows taller and thicker than when it’s grown in wetlands.

It’s a very slow growing tree due to the harsh weather conditions and the short growing cycle (ie. it only grows when the ground is thawed, which is from May to December). For this reason, the rings are very close together. Although online it says that Black Spruce can reach 200 years of age, the staff on the farm say that if you count the rings in the larger trees, you will see that they reach 600 years of age and more.

It’s found from sea level in Eastern and Northern Canada and Western Alaska, to 1830 metres (6000 ft) in Northern Alberta. Because it produces seed at an early age, it dominates fire-prone areas (being a post-fire pioneer), as well as bog and swamp areas where it has little competition. 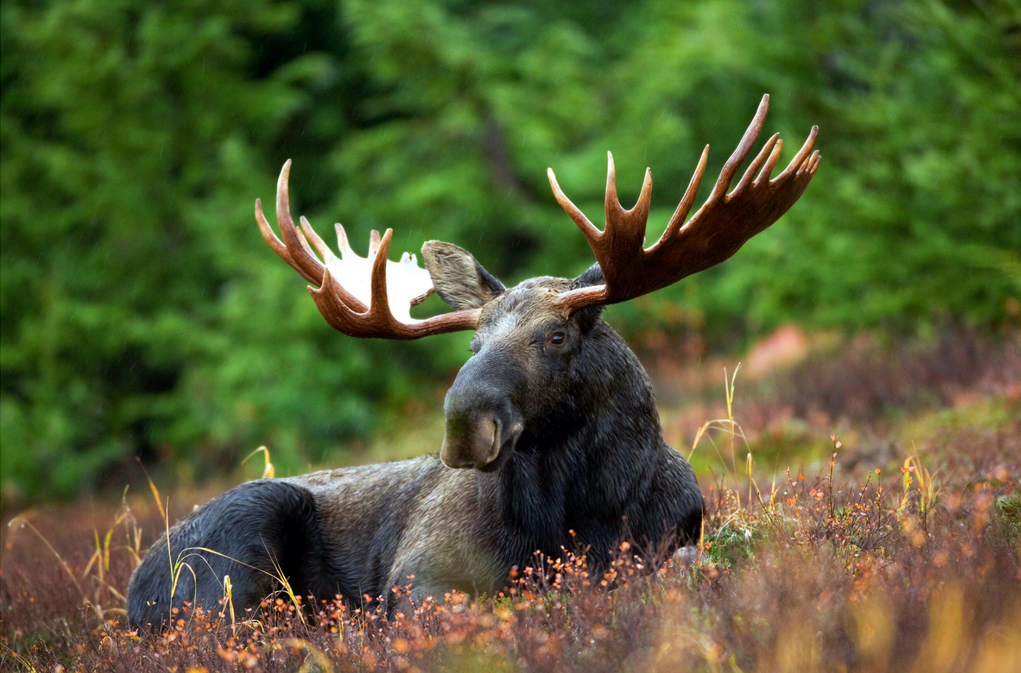 The Black Spruce forests are rich in wildlife, including Moose, Muskrat and Mink, along with many birds and abundant insects. The Red Squirrel eats the tips of the Black Spruce, and many birds feed on its seeds.

Historically, the Carrier people (one of the Indigenous People of British Columbia) used Black Spruce wood to make fish traps, snowshoe frames and drying racks.It is also used as a powdered resin on their skin.

Every oil has its own personality, and often this can be determined from studying the nature of the tree itself. So let’s take a moment to think about this in relation to Black Spruce. 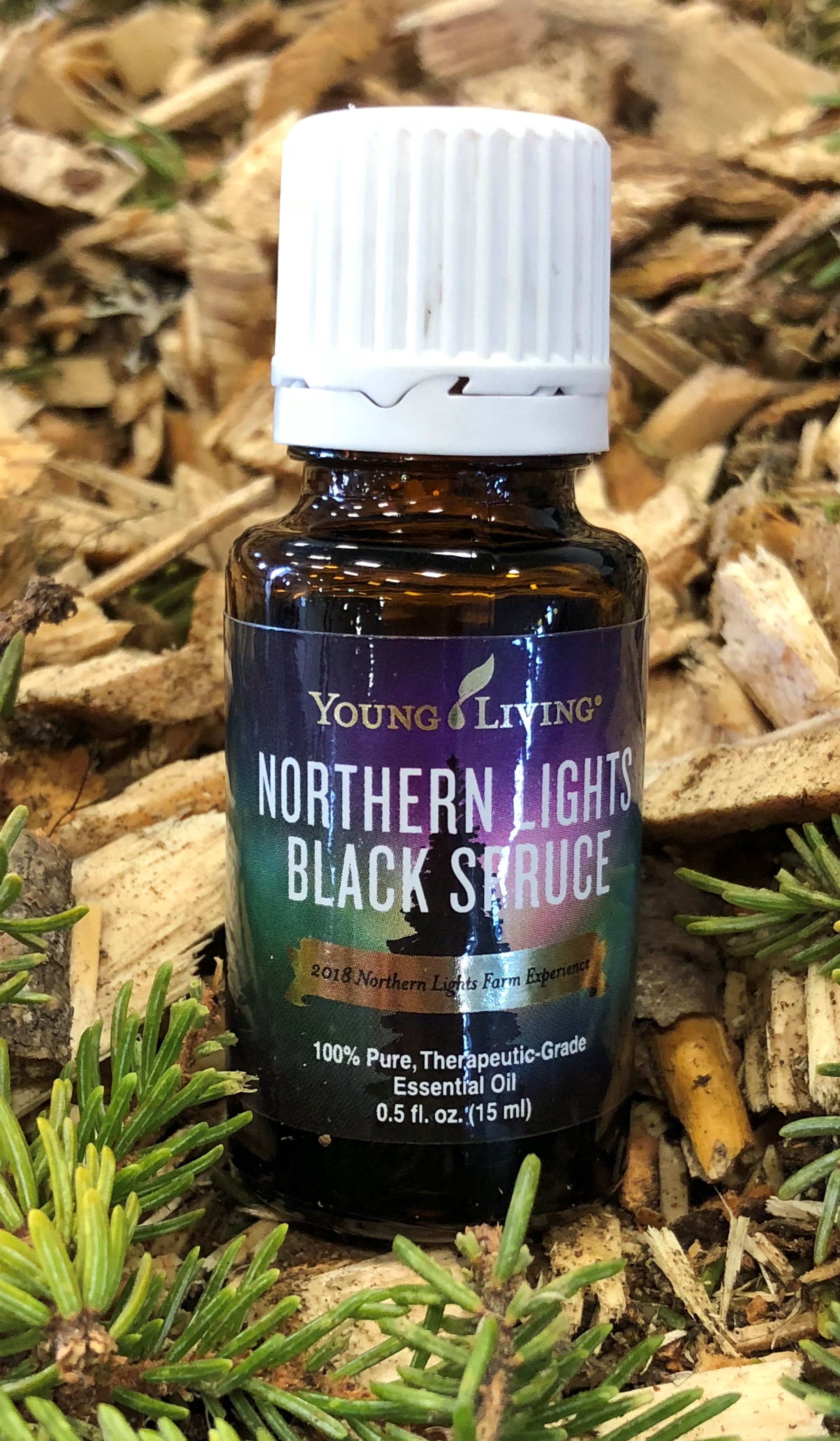 Black Spruce grows from Sea Level to 1830 metres (6000 feet). This tells us it’s a versatile or “Universal” oil, able to adapt to many situations. So as with Lavender oil and Frankincense oil, when in doubt try Black Spruce.

It’s a strong, solid, straight tree, which tells us that its oil will help us to remain strong, centred, balanced and logical in any situation, instead of giving in to ungrounded fears and fantasies.

Seek inspired solutions to your problems

Black Spruce needles are four-sided, arranged in all directions along the twig, although most are pointing upwards. This tells us that Black Spruce oil will help us to assess a problem from all sides, always seeking a higher solution.

Spiritual Work – Communication with the Divine

Black Spruce is a narrow conifer, with a cluster of branches at its top forming a club or “crow’s nest”. This tells us that it gives extra energy “at the top” – so Black Spruce oil is a perfect oil to use on our higher chakras (throat, third eye and crown), and for helping to bring energy to our mind (both physically and spiritually). In fact, The Lakota Indians used Black Spruce to strengthen their ability to communicate with Great Spirit, which makes perfect sense when you understand that our throat chakra is the energy centre of communication, the third eye is the energy centre of intuition, and the crown chakra connects us with the Divine. 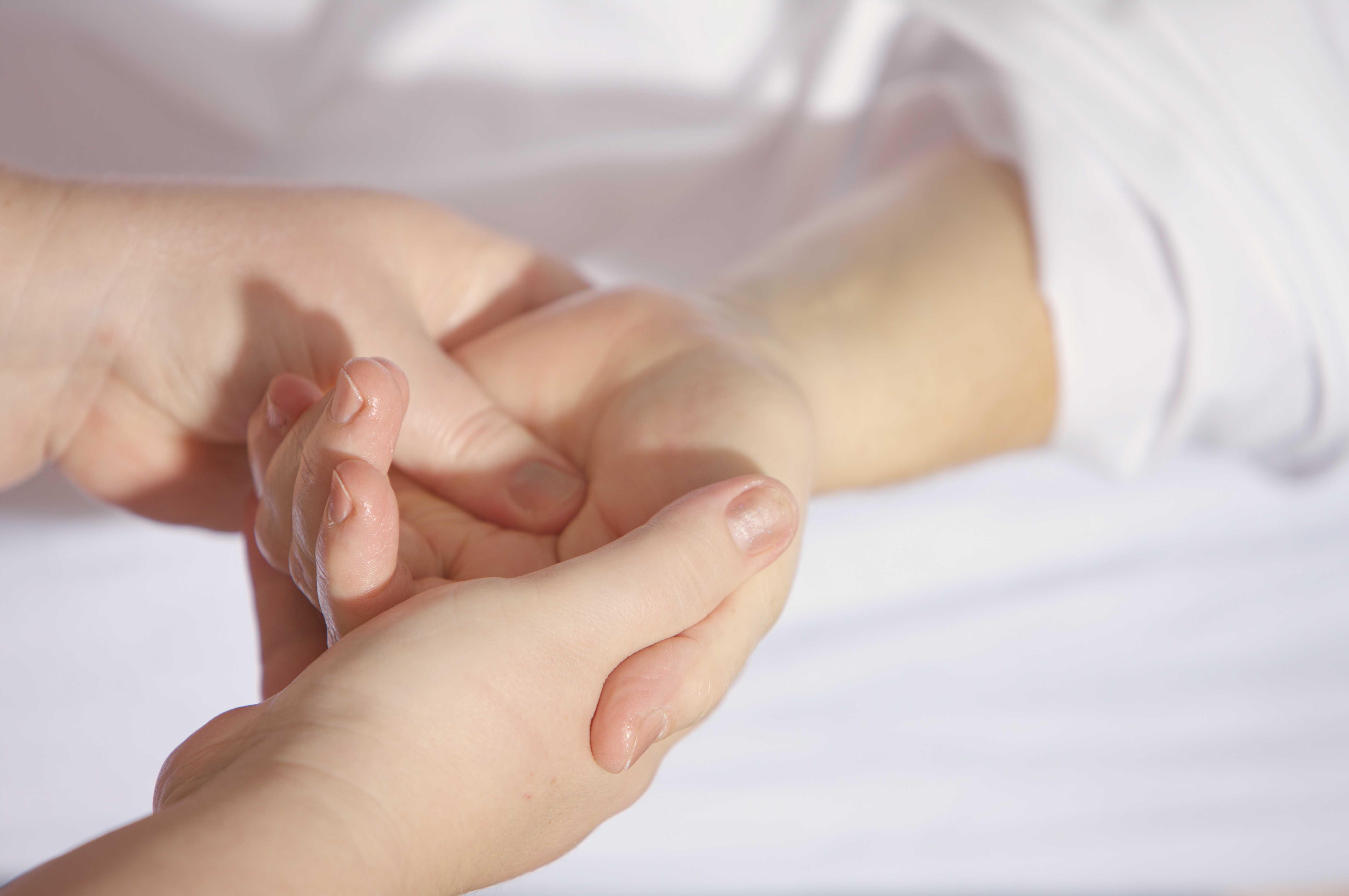 Rub over our legs and arms

Black Spruce thrives in poorer drained areas….so that gives me the idea that I’d love to rub it over my legs and arms and other extremities, to bring more energy and electricity to these parts of my body!

And because it’s found its niche in the post-fire and swampy environment and it thrives in this niche, it is also a great oil to help us clarify our own life’s purpose and niche, and the path we need to take in order to thrive. 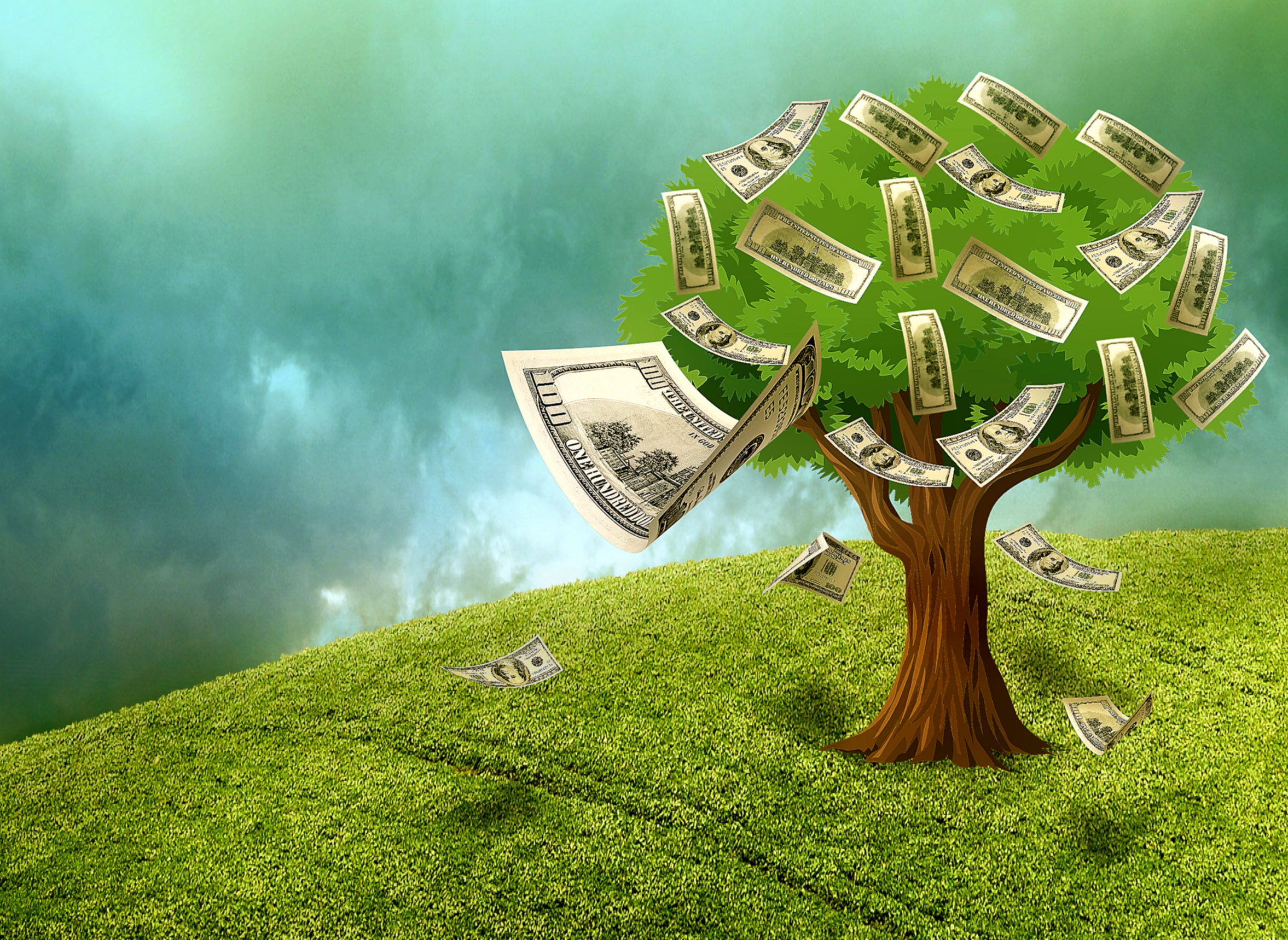 In addition to examining the personality of the Black Spruce tree for clues to how its oil will help us, I’ve also done research online and through a good Reference Book, and discovered that Black Spruce helps us to:

Message from Artemis: As I wrote this bulletin and realised the versatility of this oil, I have been inspired to use Black Spruce oil for a lot more things than I ever have before….I love making a “study” of an oil, using it for anything and everything, in order to discover new favourite uses. I invite you to join me!