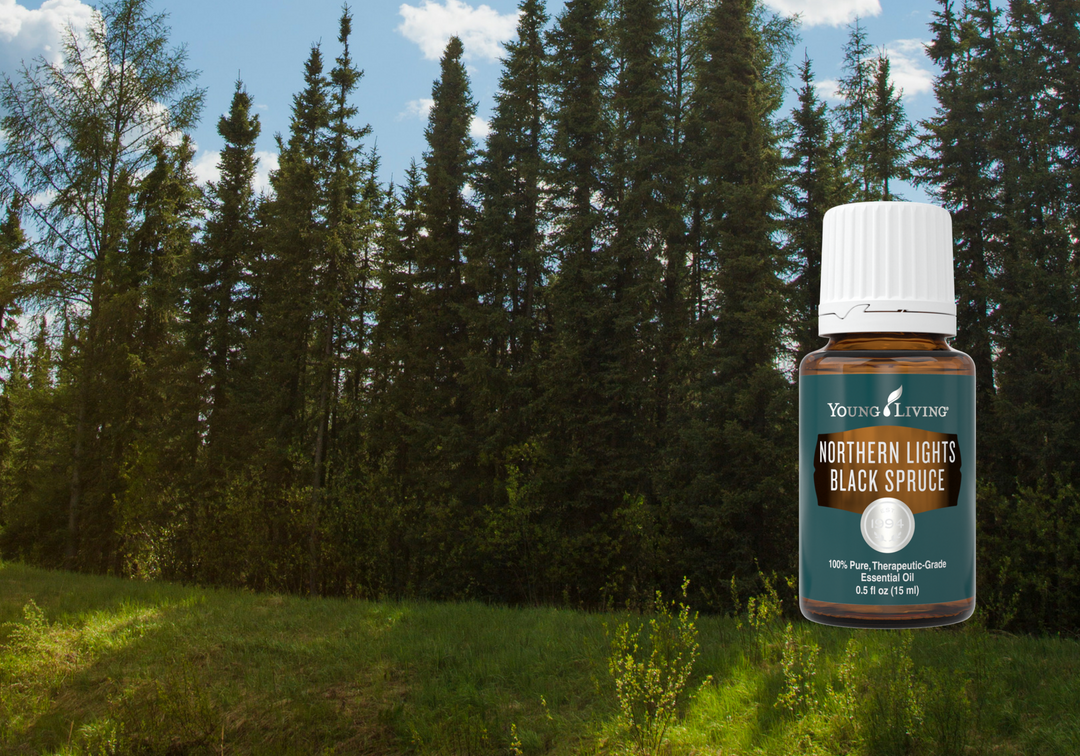 As more and more people see benefits in using natural products to maintain and optimise their health and wellbeing, there becomes increased competition for nature’s aromatic plants and their precious commodity – essential oils.

The only way to ensure continuous supply of high quality essential oils into the future is to own (or co-own) the farms that produce them.

This bulletin tells the story of one of Young Living’s farms – the Northern Lights farm in Fort Nelson, British Columbia, Canada.

Why the fuss about Black Spruce oil?

As you know, Young Living won’t compromise on quality, so if an oil is not available at their quality, then that oil and all the blends containing it go out of stock as well.

Knowing how important Valor oil blend is to so many people around the world, and not having any other reliable source, Gary Young (the founder of Young Living) decided to set up his own Black Spruce farm, to ensure a continuity of Black Spruce oil and Valor oil into the future. 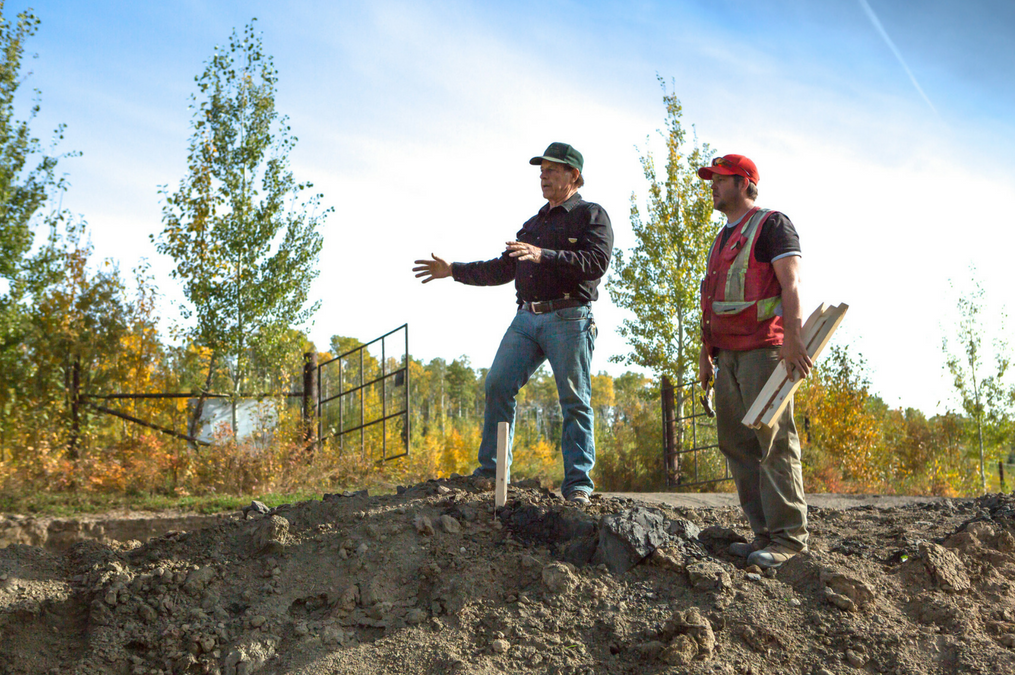 In his younger years, Gary used to drive the highway from Alaska to Canada carrying logs, and he would drive right past Fort Nelson, Canada. Knowing that Black Spruce trees are abundant in this area, he reached out to the local community in order to establish a farm here.

As with many things that Gary is involved with, the timing was perfect.

When Young Living first began building the distillery, many people in Fort Nelson were employed by the crude oil industry. But that industry has rapidly gone downhill, so Young Living’s operations have provided a massive boost to employment and the economy in Fort Nelson. 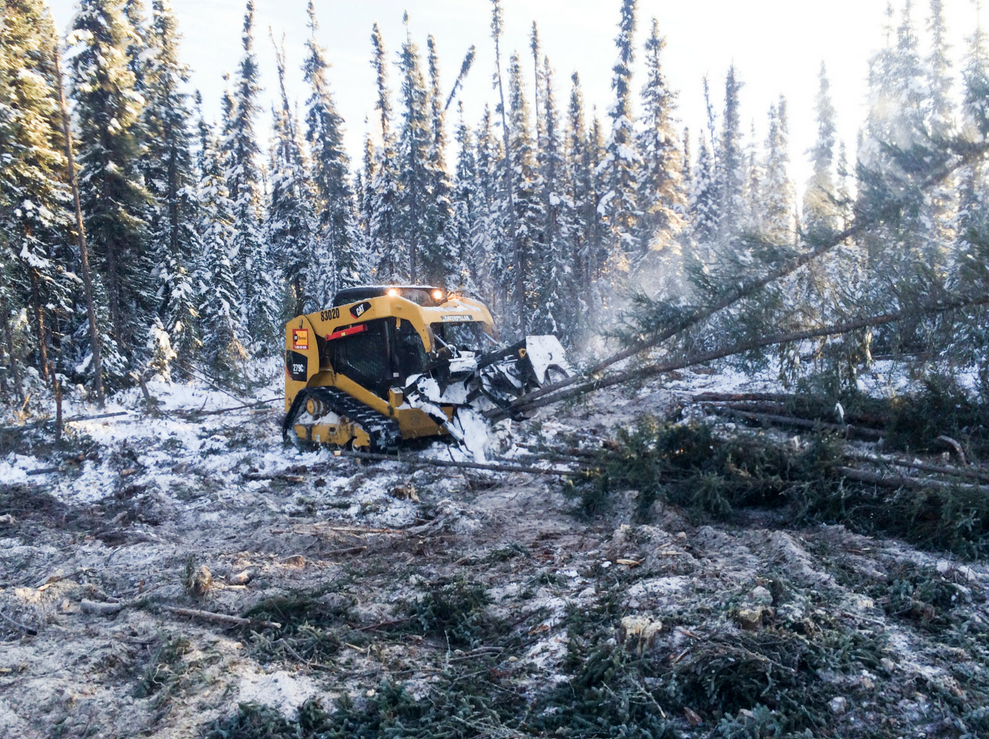 Gary is now working with many farmers in the area. Young Living will pay them to harvest the Black Spruce trees already on their land, which saves them the cost of clearing their land…so it’s a win-win arrangement.

Then for every tree that is logged, 2 new Black Spruce trees will be planted in its place, to ensure a sustainable supply into the future. 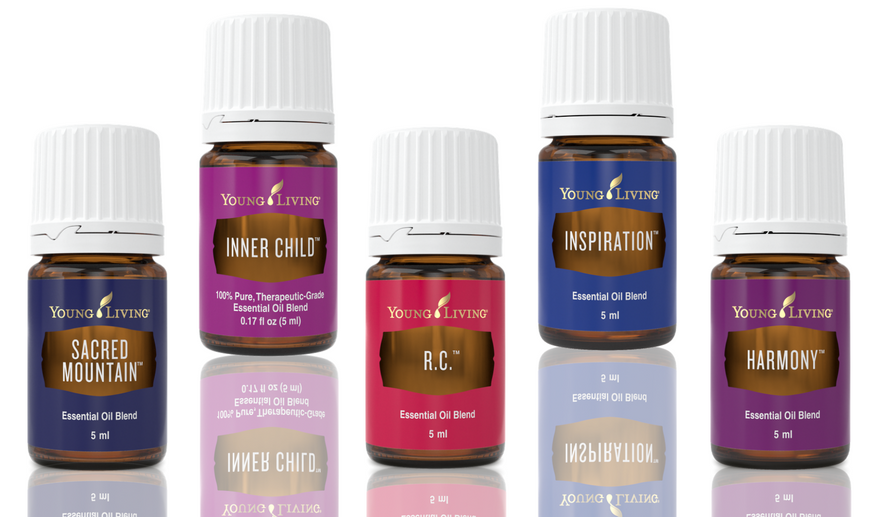 I was amazed to learn that Black Spruce oil is contained in 34 different blends in Young Living! This puts enormous responsibility onto the staff at the Northern Lights Farm, to ensure that every day counts.

Cory Howden is the Farm Manager on the Northern Lights Black Spruce Farm. He and his parents, Ben and Carol Howden, assisted Gary with the enormous task of coordinating the building of the distillery. This was achieved during the Canadian winter – and it took 8 months to build, in temperatures that frequently dropped to minus 40 degrees Celsius (which is also minus 40 degrees Fahrenheit). 50 to 60 men were flown in to assist with the building of the farm, and Gary never missed a day.

It became so gruelling in the bitterly cold weather that Ben Howden asked Gary if he would consider taking a break, and resuming when the weather warmed up again…but Gary loves his oils and he loves us, and he was acutely aware of the hundreds of thousands of people who rely on Valor oil for its many benefits….and so he refused to take a break, not even for one day, and he remained focussed day and night on completing the project……and hence the construction continued throughout the Winter.

The reason that meeting these targets is so important is because the harvesting and distillation window for Black Spruce is extremely narrow – 4 months at best. When the ground freezes, the tree goes into a natural state of hibernation.

During this phase, the essential oil becomes very concentrated, to help protect the tree against the cold, and this is when the harvesting begins….usually between Christmas and New Year.

But it is not a continual harvesting over this time – rather, the harvesting is dependent on the temperature.

Typically, the tree is harvested at minus 10 to minus 20 degrees Celsius (+14 to minus 4 degrees Fahrenheit). Once the temperature reaches below minus 25 degrees Celsius (minus 13 degrees Fahrenheit), the tree becomes so brittle with the cold that even bumping it will cause needles and branches to fall off, and a lot of oil is lost (because there’s a lot of oil in the branches).

As the ground and the root system thaws (which happens in late April and into May), it starts to pull the water and nutrients up from the soil into the tree, and begins its growth cycle, so at that point there’s no oil in the tree, and harvesting and distillation ceases. 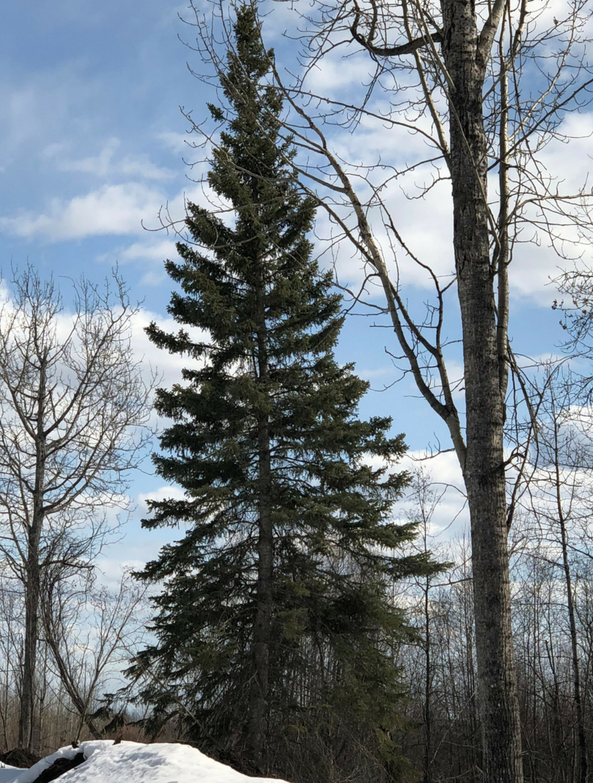 The ideal tree size to use for Black Spruce oil is the younger tree, with a trunk diameter of about 5-6cm/2 inches. These young trees are more fragile than the older trees. Their wood is less dense, so there’s more space between the tree fibers to fill with oil, hence their essential oil yield is significantly better than with an older tree.

Here’s how the oil is extracted from the tree 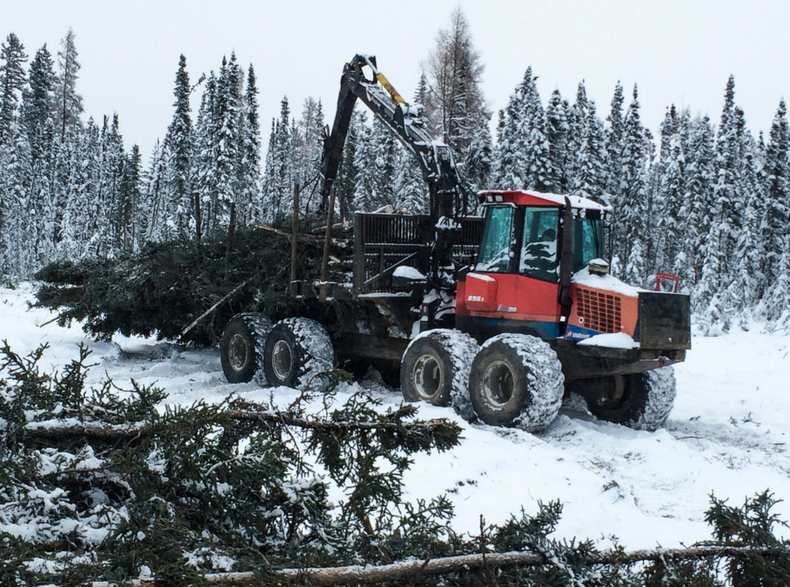 Remember the importance of root temperature in the harvesting of the Black Spruce tree? The ground needs to be frozen, but it can’t be too cold otherwise too much oil is lost through the breaking off of branches due to the brittleness in those extremely low temperatures. 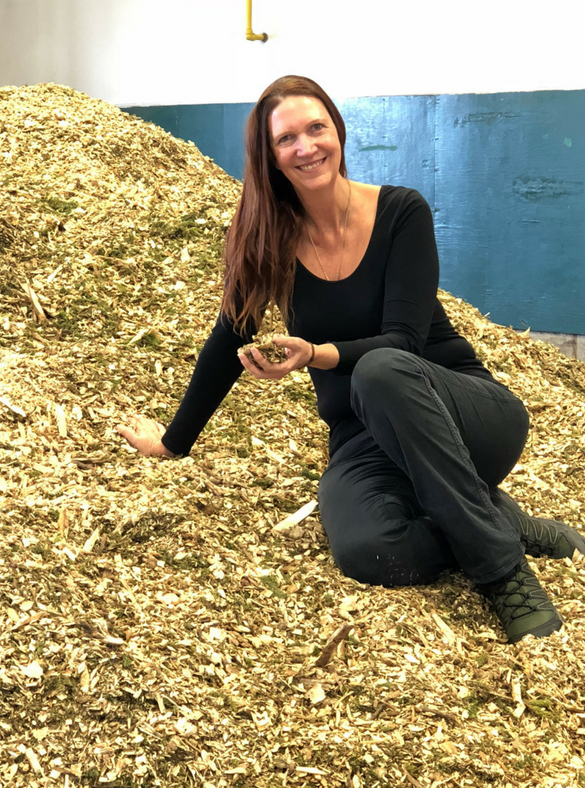 Once the tree is logged, it’s then run through a chipper to produce wood chips. These are piled onto the distillery floor in preparation for being loaded into the cooker. 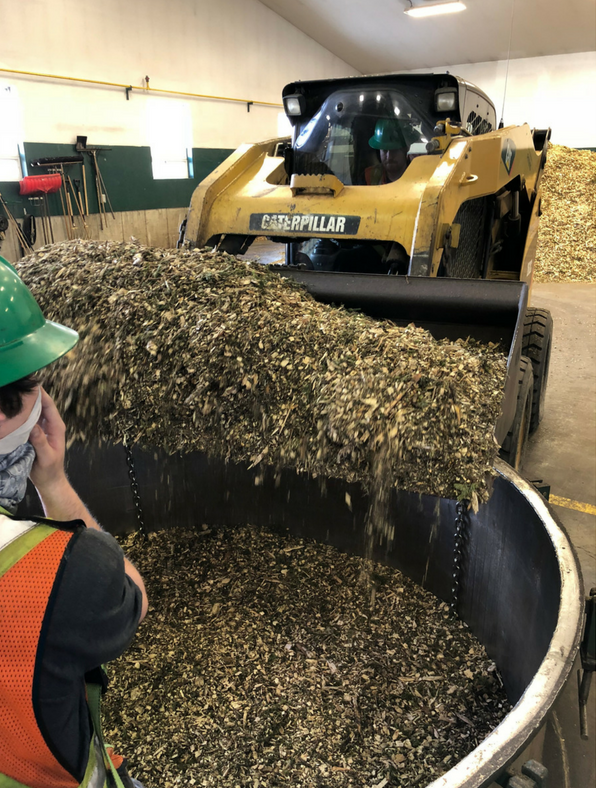 A Caterpillar skid loader is used to relay the wood chips across the distillery floor, load after load, and into the 10 foot deep cookers. 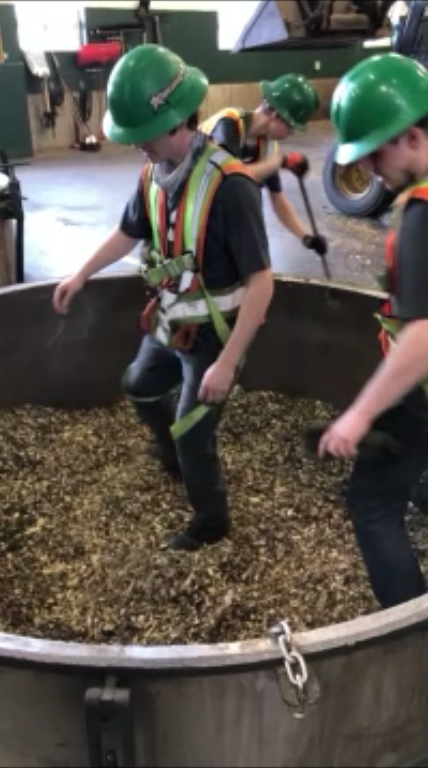 As each load is put into the cooker, farm workers “stomp” the wood chips so that they are evenly spread.

“Stomping” is a very important part of the distillation process.

If the wood chips are not evenly compacted, the steam will run in channels instead of filtering evenly through the wood chips, and this can cause the channel areas to become too hot (thus burning the oil), while the rest of the wood chips remain too cool and so their oil is not efficiently released.

Without thorough stomping, an inferior oil would be produced. 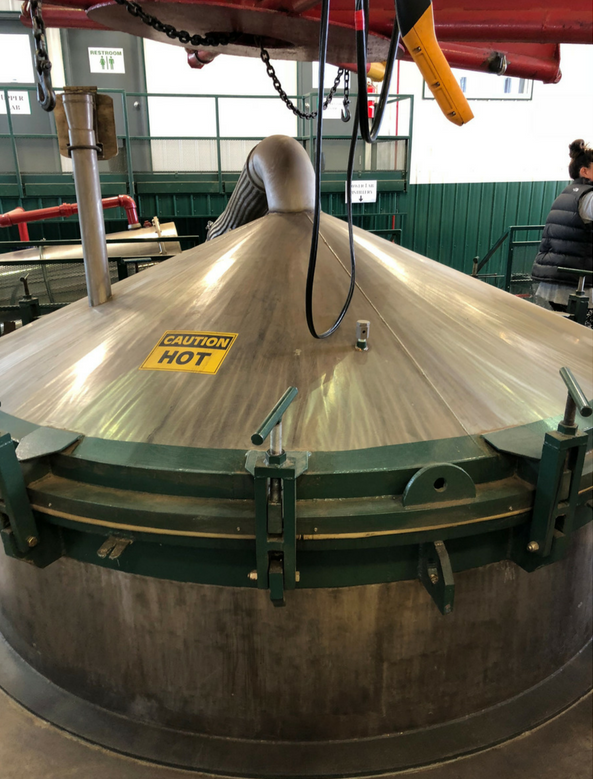 The cooker lid is closed, and steam from a boiler is run through the cooker for anywhere from 3 to 8 hours.

So long as oil keeps running out in reasonable quantity, the cooker keeps running, and distillation proceeds.

This process resembles the steaming of vegetables. As the steam heats the wood chips, the essential oils are released from the tissues of the plant, and carried with the steam into a condenser.

In order to not destroy the fragile constituents present in the essential oil, the cooker runs with zero pressure (in fact, it has a blow-off valve at 1PSI in order to release any built-up pressure), and it runs at 102 degrees Celsius (215.6 degrees Fahrenheit), which is the lowest temperature possible in order to make steam.

For this reason, it’s called “Cold Steam Distillation”, and Young Living utilizes this method of steam distillation for virtually all of its oils, except for the Citrus oils (which are pressed from the rind), and a couple of other oils like Jasmine and Neroli which are solvent-extracted.

The condenser plays a critical part in the extraction process. It is a refrigerated unit, cooling the steam down as it runs through it. 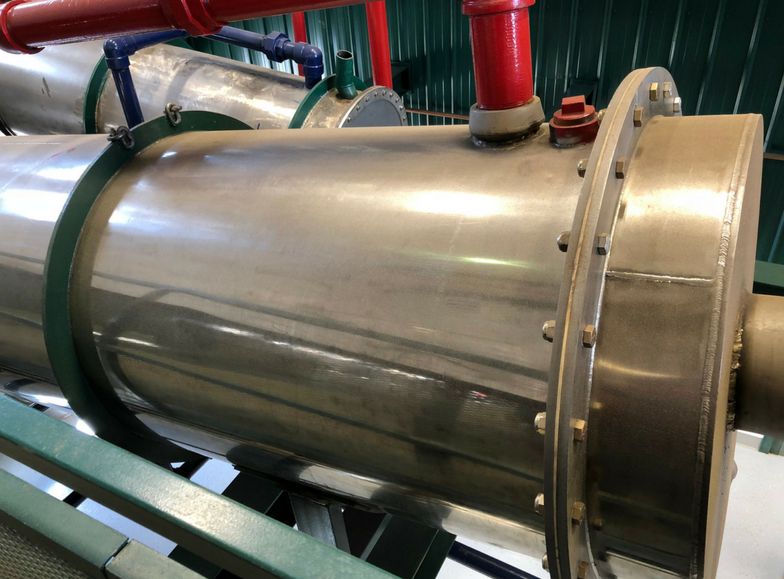 This cooling process turns the steam into liquid again.

In its liquid state, the water and essential oils separate from each other. 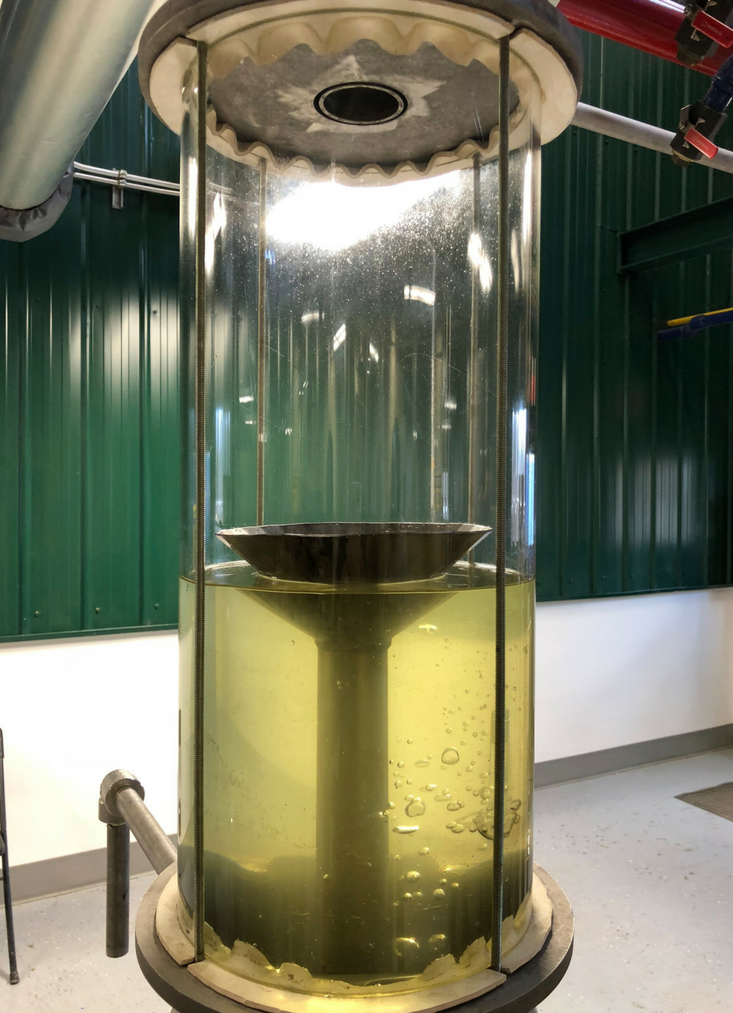 After leaving the condenser, the water and essential oil mix then runs into a flask called a separator. It is here that the essential oil floats on top of the water, and can then be easily siphoned off. 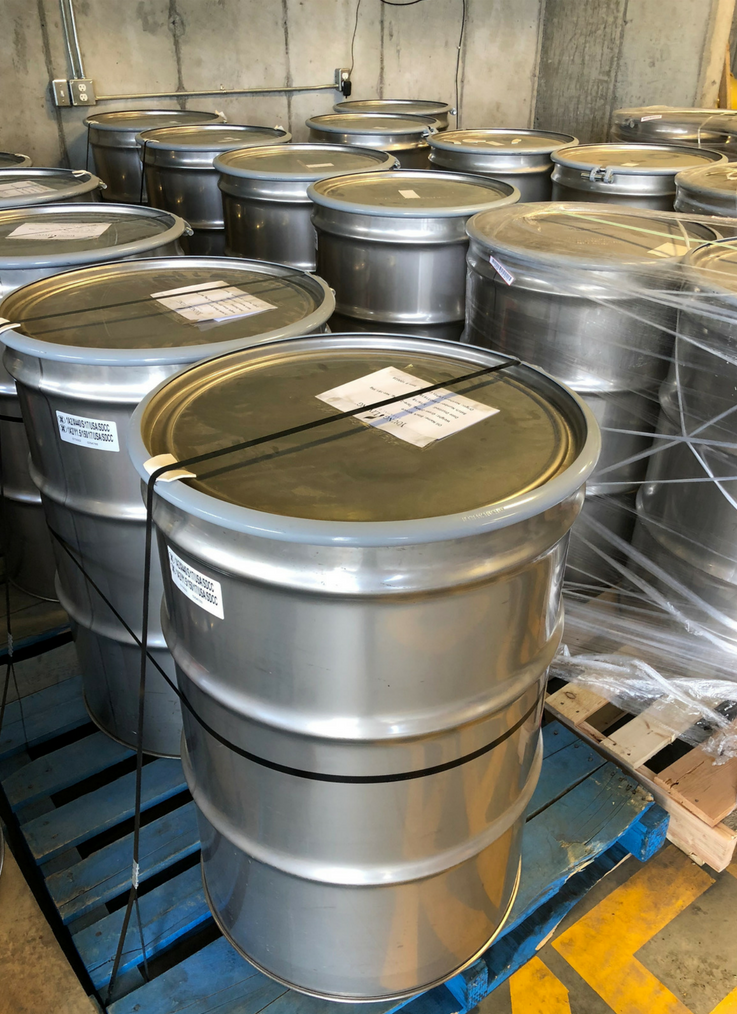 The essential oil is then filtered through brown unbleached paper (much like your filter paper used in a coffee machine). This takes out any pulp that has made its way through the screens in the cookers. Then it also goes through a decanter to take out any remaining water.

At this point, the oil is put into storage barrels and is tested. Then it’s poured into a shipping barrel, and is tested again. And then it goes to Young Living’s labs in Utah for a very in-depth set of tests. I’ll talk about that in a future bulletin. 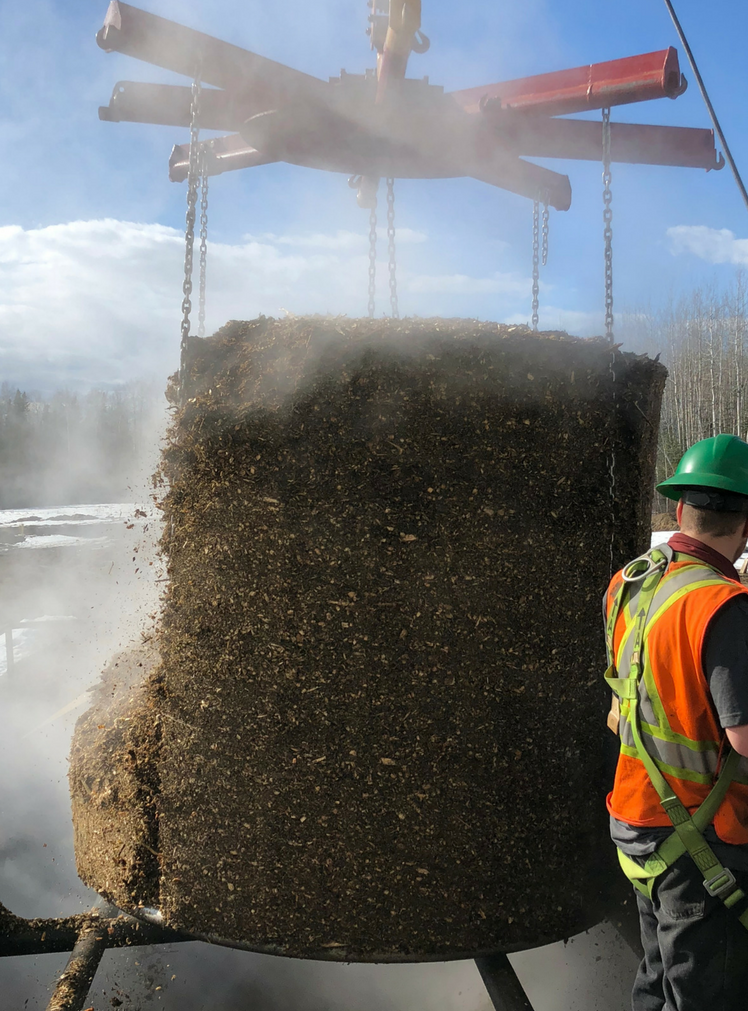 But what’s really interesting is that the wood pulp that is left after the oil has been extracted is still of use. Gary Young is investigating a way of turning this pulp into pellets that can then be used as fuel for the boilers. It’s a great concept, and will mean that there is no wastage.

The farm is already completely off the grid, but once this project is completed, there will be sufficient electricity that some can be sold back to the grid in order to fund future projects on the farm.

For years, short-sighted people have scoffed at Gary’s vision to own his own essential oil farms.

Yet with the way that natural products are now coming into the public eye, we are already seeing significant shortages of essential oils worldwide….which in turn inspires a whole market of inferior or adulterated oils.

By owning his own farms, Gary Young is ensuring long-term global supply of essential oils for those of us who love and use the Young Living brand.