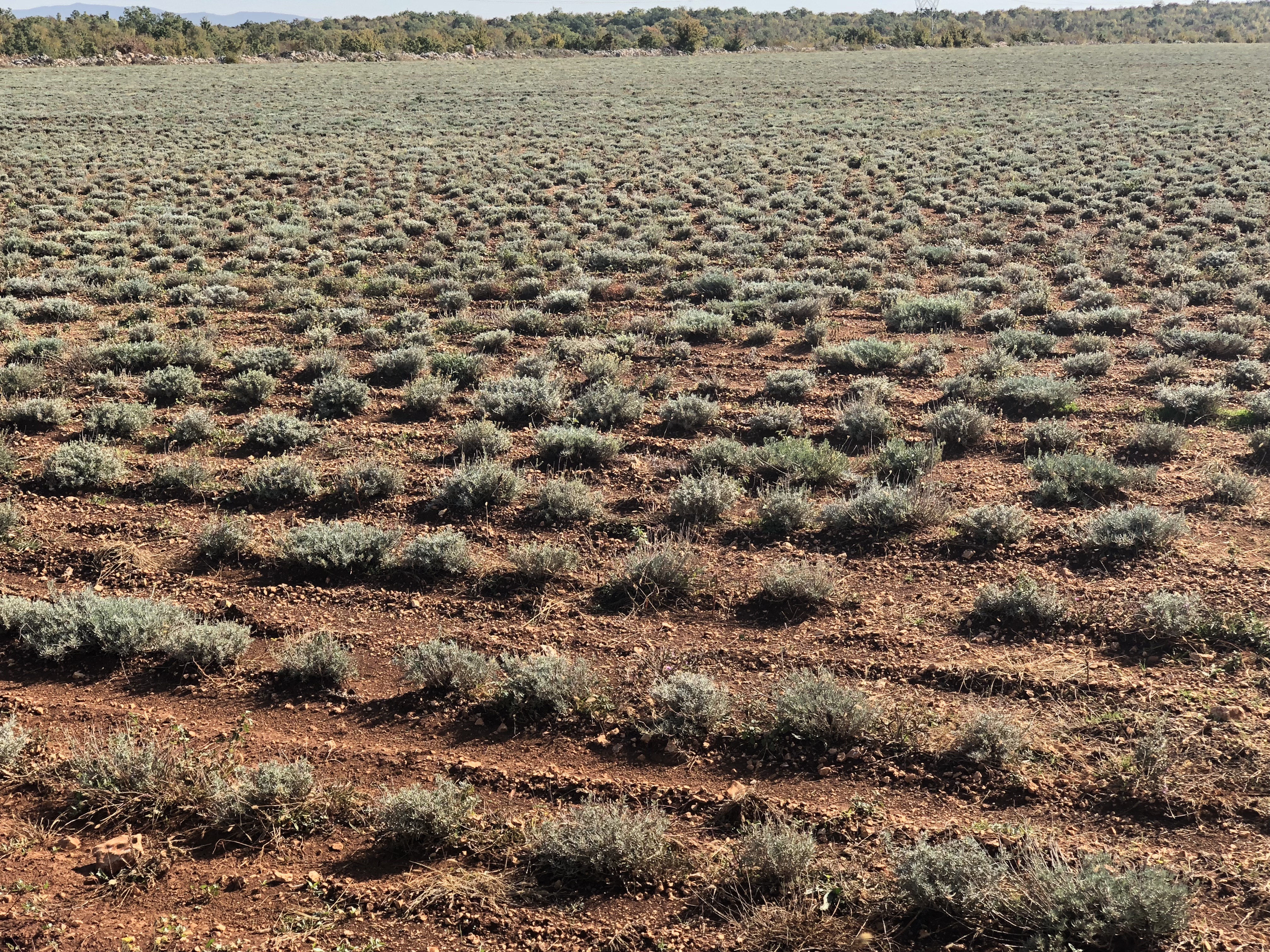 Why Seed to Seal?

Artemis writes: I fell in love with the Young Living oils in September 1998 because I could feel the difference. Even though I’d previously used most of the very top Australian brands of essential oil, including practitioner-only brands, I never had the quick and potent results that I found with Young Living’s oils.

As a scientist, I wanted to know why!!!

Why are the Young Living oils so different? I found my answers through visiting all of theYoung Living corporate farms, and a range of their partner farms.

The answer lies in the details. Young Living are not a marketing company selling oils. They are artisans of essential oils. They go the extra mile in every aspect of production – with their soil, their plants, their distillation process and their testing.

They financially invests in their farms, so they can have the ultimate in quality control. “Seed to Seal” is Young Living’s set of standards that address every aspect of the production process, from the sourcing of non-GMO seeds, the health of the soil, the “beyond organic” standards so that no chemicals are used at any point in the production process, right through to the distillation temperature and length of cooking, and the 90 point testing process.

The result is a pristine final product that you know has been created with conscientious Sourcing, Science, and Standards—the three pillars of “Seed to Seal”.

Let’s look at some aspects of how the Seed to Seal process applies to Helichrysum oil….

The perfect time for Harvesting

Where other companies will harvest just because it’s the right time of year, Young Living brings an extra level of precision to this process, wanting to harvest when the plant’s oil is richest….and this is different for every type of plant.

It’s one of the reasons the Young Living oils have a heightened potency compared with other brands. 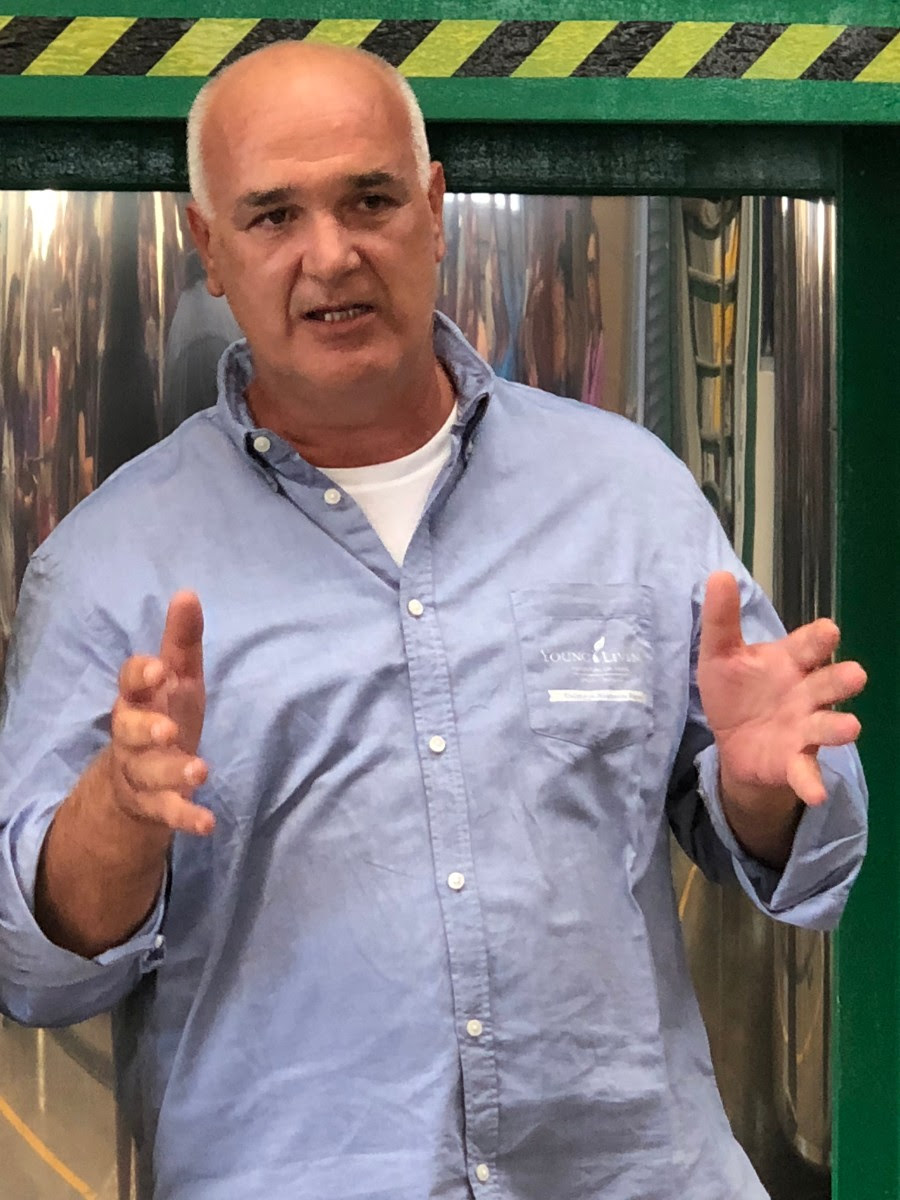 I asked Domenic (Young Living’s Dalmatian Farm manager) how he decides that it’s the perfect time to harvest the Helichrysum plant. He said:

“I test all 12 months of the year, because I am crazy!!! It lets me predict what our production will be in May, for example, and what type of yield I can expect”.

This means that he does a mini distillation of plant material year-round, to determine the ideal harvesting period, when the oil is richest. There are no studies to guide him, so he relies on the distillation information as his guide.

Once the helichrysum flower starts to bloom, you have entered the harvesting window.And Dominic has so much experience looking at the plants and smelling them throughout the harvesting window that he can now predict very accurately when they are ready to be harvested (a skill that Gary Young also possessed).

After harvesting, the helichrysum cuttings are transferred to the distillery in Split, where they need to be distilled within 24 hours of harvesting, and optimally within 10 hours. 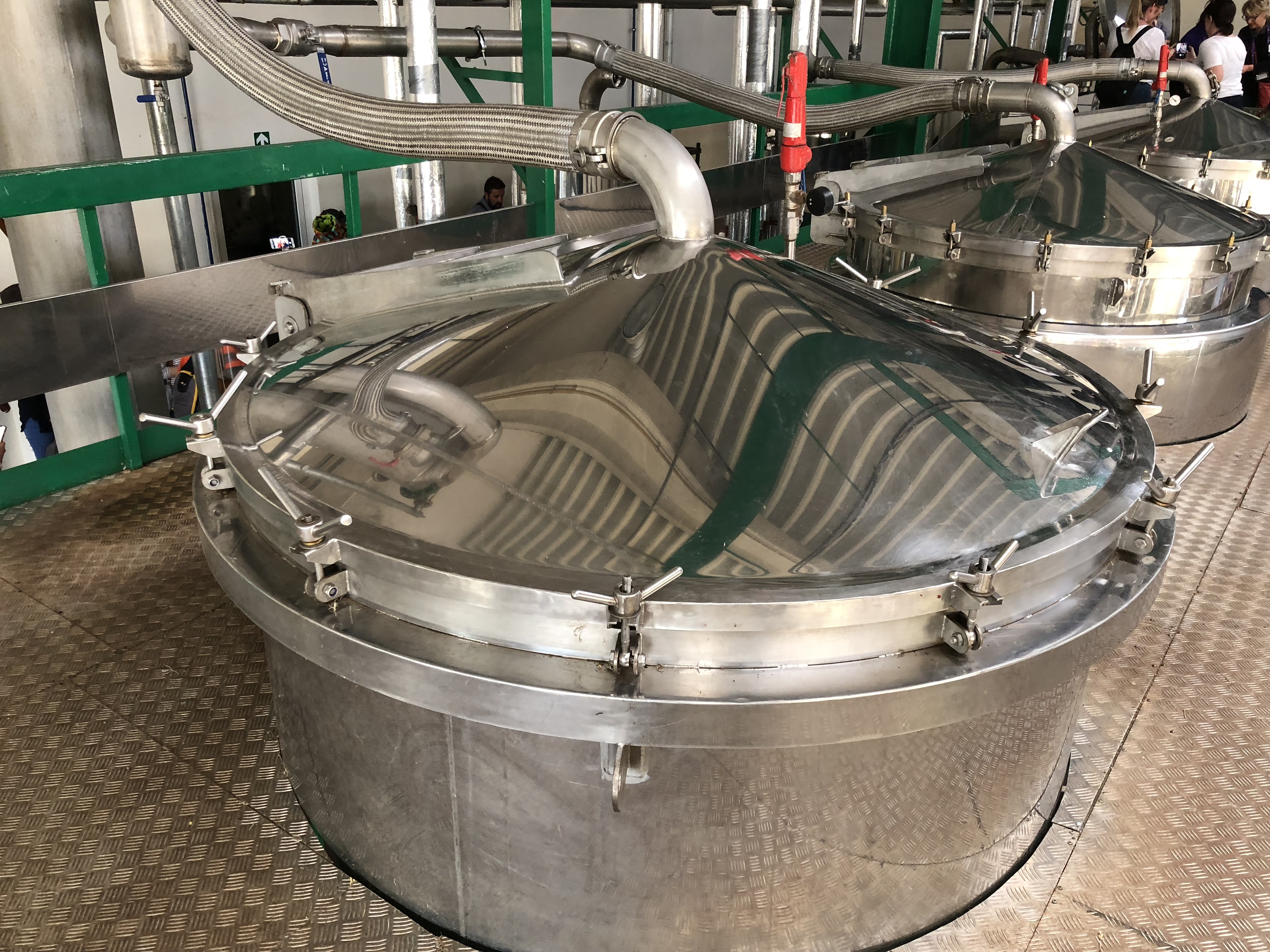 Because it’s an extremely complex oil, it must be produced only with the highest quality stainless steel. If copper is used, the oil will become red in colour. Young Living only ever uses top quality stainless steel for all their distillation equipment and essential oil holding containers, due to how inert a substance it is (ensuring it won’t taint your essential oils during the processing of them).

There are 3 types of distillation that can be used for helichrysum – water, water with steam, and steam.

Young Living uses steam distillation, because It’s the most effective type of distillation for Helichrysum, giving the best extraction of oil from the plant. 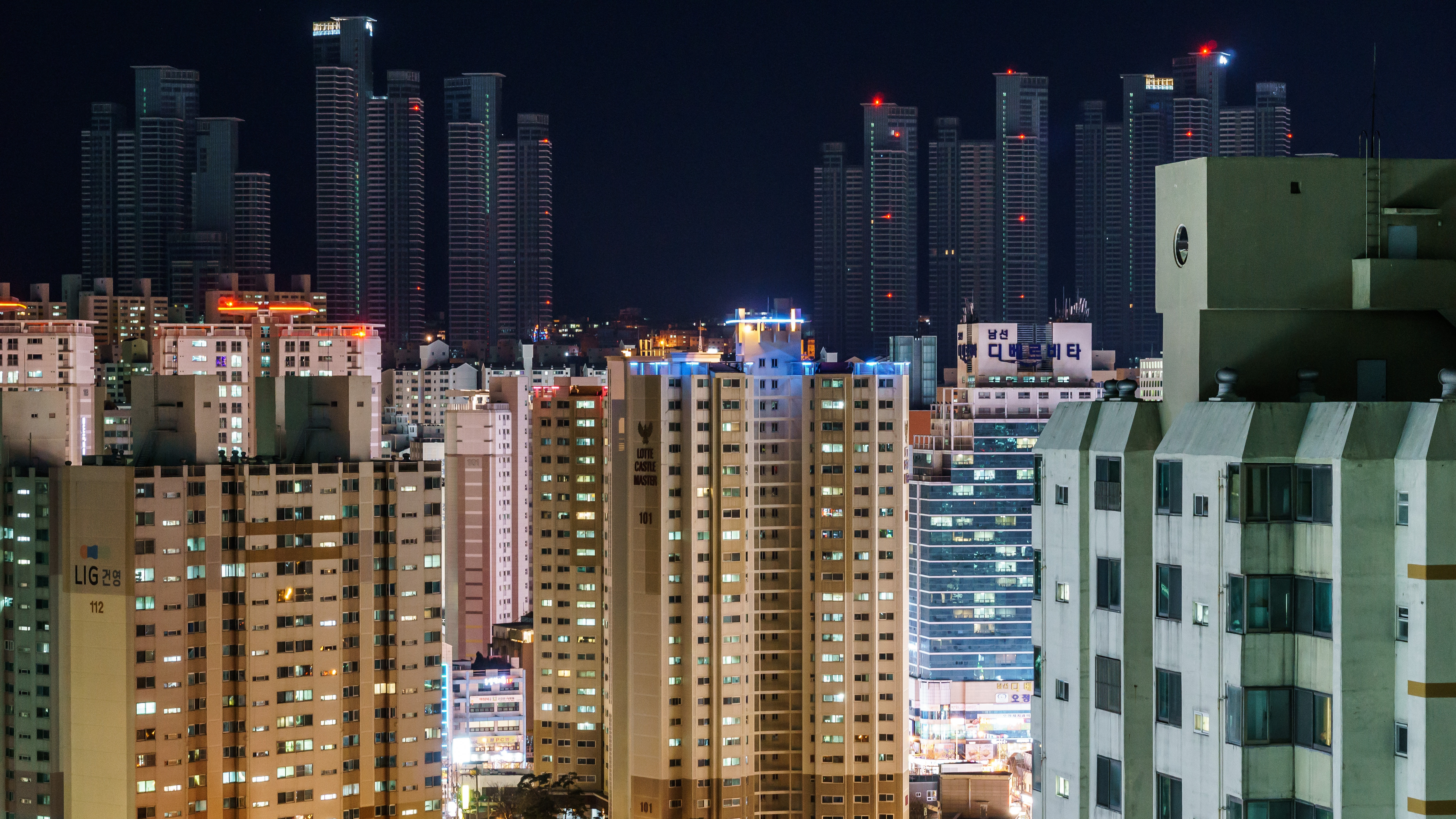 Every year, the distillation of Helichrysum at the Split distillery starts around 15th June. It starts with a steam generator (also known as a “boiler”), which produces 2,600 kg (5,732 pounds) of steam every hour.

To give you an idea of its capacity, this sized boiler would heat 300 x apartments (of 100 square metres in size each)!!!

Dominic told us: “If we let just 50kg (110 pounds) of steam into this large room (Dominic was referring to the room where the distillery was located), we wouldn’t be able to see each other for all the steam!” 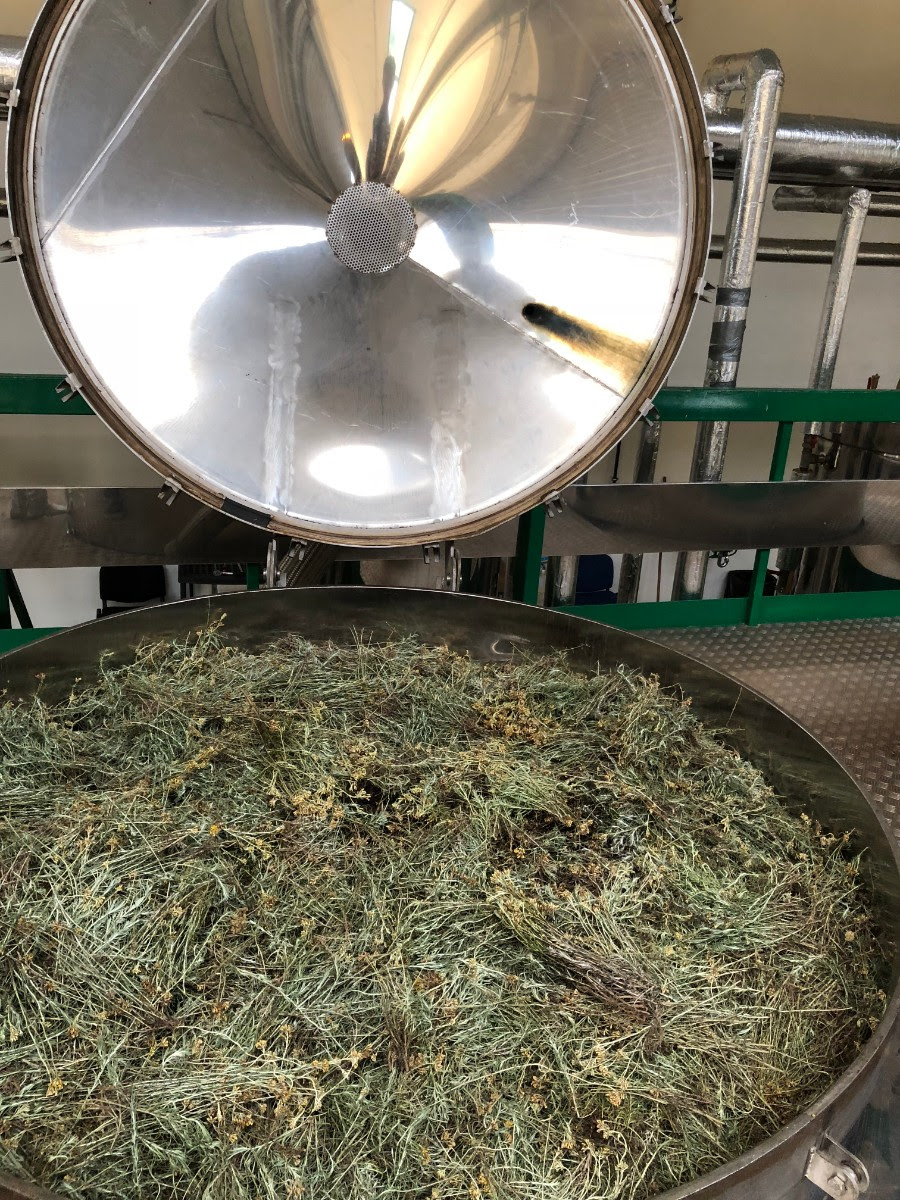 It’s because in June, the plant has a lot more water inside it, meaning it has a bit less oil in each plant. That’s why more plant matter is needed in those initial distillations. Referring to Young Living’s founder and essential oil authority, D. Gary Young, Dominic says:

We distill for 24 hours a day!

The steam breaks down the plant material, and this releases the oil from the plant’s tissues.

This steam mixed with essential oil leaves the cooking chamber via a pipe at the top of the cooker’s lid. 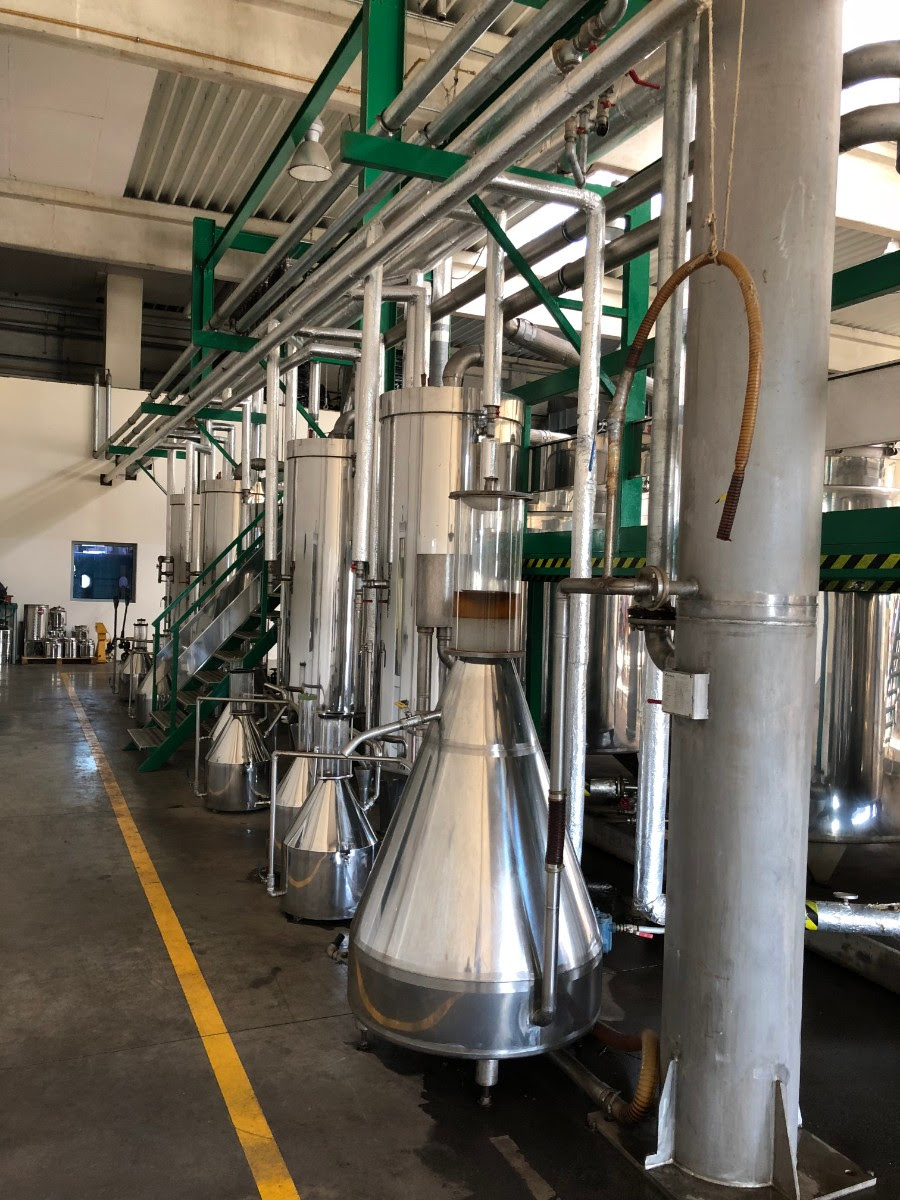 It then runs through a “condenser” (a refrigeration unit) which cools the steam, returning it into a liquid state, and from there it’s collected into a florentine flask (pictured here). 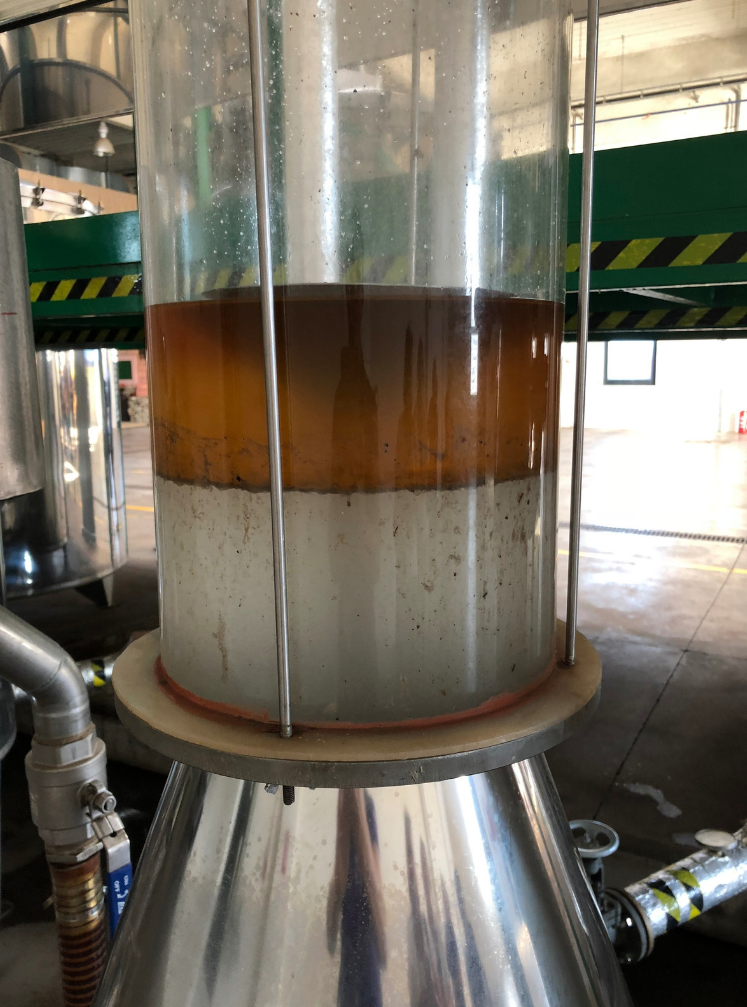 Because Helichrysum oil is lighter than water, it will float on top of the water when they are both returned to their liquid state. From here, the oil can be siphoned off.

Because Young Living is committed to finding sustainable solutions, the dried plant matter that is left in the cooker after the steam has passed through it is used as mulch on the fields.

The oil is then taken to the manufacturing centre in Split, which is the only Young Living production facility outside of the US.

Here, the Helichrysum oil is put into a room that’s under constant pressure. Air can’t enter this room (it can only exit), so it ensures that no dust or foreign bodies can enter.

The room is temperature controlled at 16 degrees Celsius (61 degrees Fahrenheit), and the room has 3 types of air filters in place, which filter out dust and microbes.

The essential oil is put through a filtration system to remove any residual water, and it’s left to sit for 15 days in order to stabilise.

Some initial analysis takes place in the lab at the distillery, and once they are sure of the quality, samples are sent through to Young Living in the US for the full battery of 90 tests done on each batch of essential oils (that’s a minimum of 15 tests done 3 times, then repeated again 3 times = 90 tests).

Some of the bottling takes place in the US, and some takes place at the distillation facility in Split. All of the manufacturing is done to Young Living’s exacting standards, which come directly from Young Living and Gary Young. 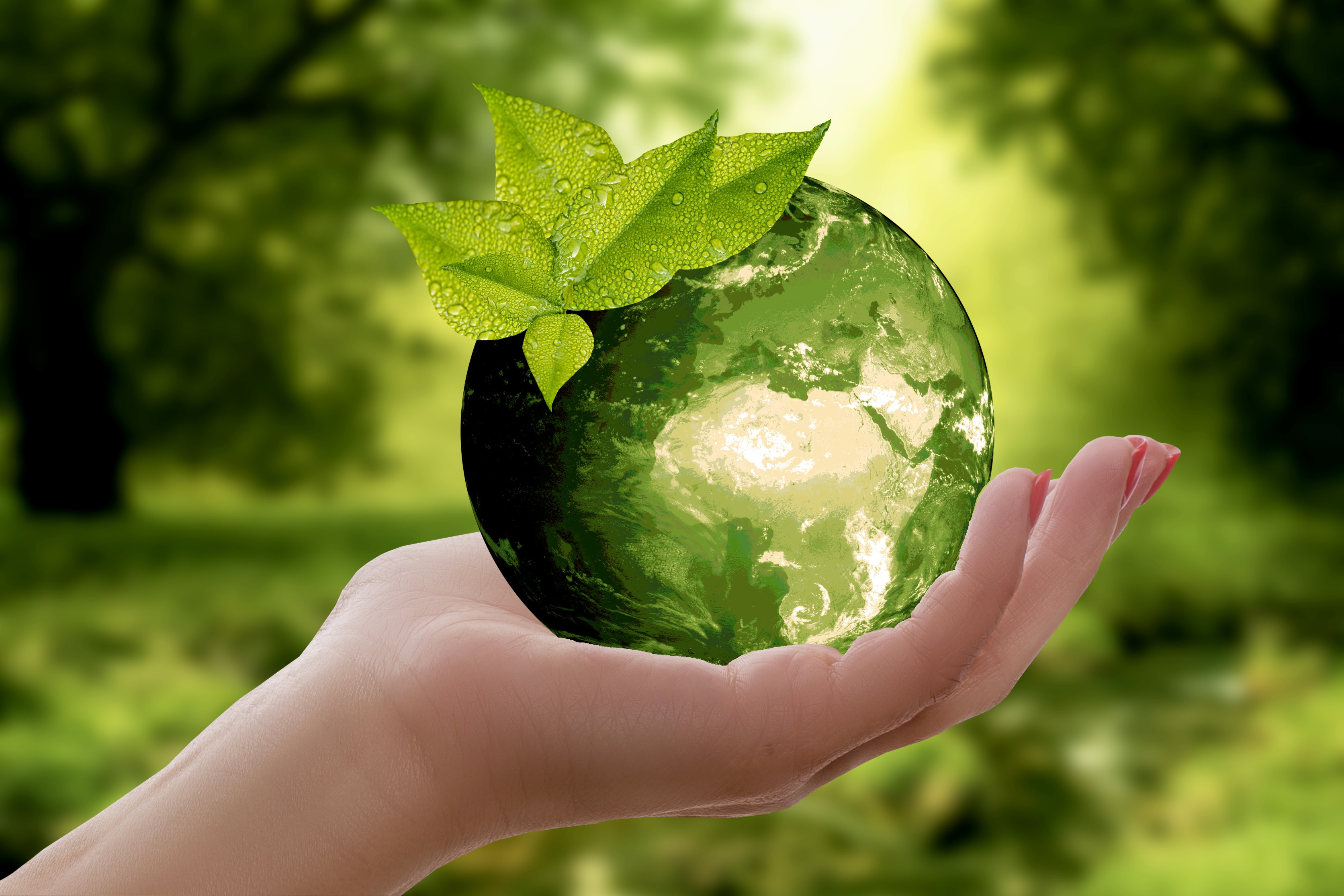 Constant testing is performed, to check the tightness of lids, the labelling, etc. The instruments used for testing are all certified by the regulatory bodies each year.

Dominic says, “We used to use water from our houses in the condenser. It never gets to touch the essential oil, however it would be pumped in, and then it would pass through the condenser and leave.

But Gary invented a way for it to be recycled. This is why our distillery is so unique in this part of Europe.”

Helichrysum has a very low yield, so it’s one of our more expensive single oils.

Why the variance in output (ie. 750ml to 1.1 litres)? It’s because we are dealing with nature, and not man-made substances.

So the amount of essential oil present in the plants has so many factors affecting it. It is influenced by the climate that year, for example:

It’s also influenced by the month when harvesting takes place.

The History of Essential oil production in Croatia 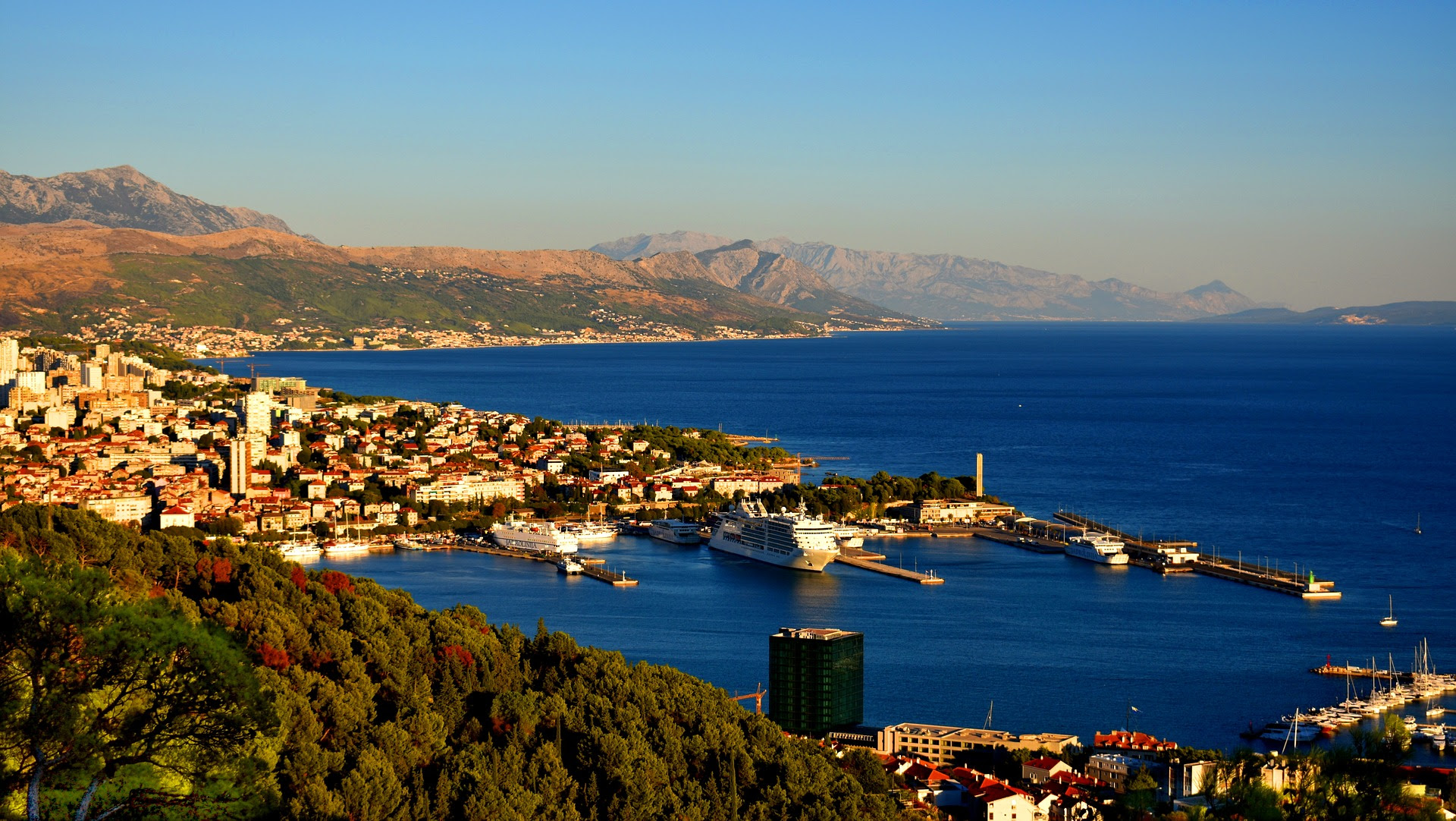 I had such a great time talking to Dominic about essential oils – I couldn’t work out which of us was more passionate about them!

He said to me, “Essential oils have been around for 4000 years. But how did they distill oils back then, when they didn’t have all the equipment and machinery we have today? It turns out they worked with clay.”

He went on to say, “I made a tiny clay still, the size of a small balloon, and I tested it out. The distillation must have taken them many hours for them to achieve, because it’s so hard to maintain a constant temperature when you are working with clay”.

The first essential oil “still” in Croatia was made from copper, and it was constructed in 1809. It was used for the production of Lavender oil. At that time, the people of Croatia were using essential oils for their aroma.

But after 1978, the production of essential oils in Croatia pretty much vanished. The chemical industry was manufacturing synthetic aromas, so there was no longer the demand for natural smells. In those days, people only cared about aroma – they didn’t care that it wasn’t real oils producing the smell. But then the many negative side effects of synthetic smells started to be noticed, and the people of Croatia began turning back to natural smells again.

Since that time (when people turned back to natural smells), the growth of the essential oil industry in Croatia has been about 10% per year. Then Gary Young arrived, and it skyrocketed to 500 to 600%!!!!

“We’ve had the privilege to live with the biggest genius of our time – Gary Young. He is always watching over us, and he won’t let us delay!

“My staff have been here since the very beginning, because they love working here. Not a single one has left. I have the best job in the world – I wouldn’t change it for anything. We’re very grateful to Young Living, and thank you [the Young Living members] for all your hard work.”