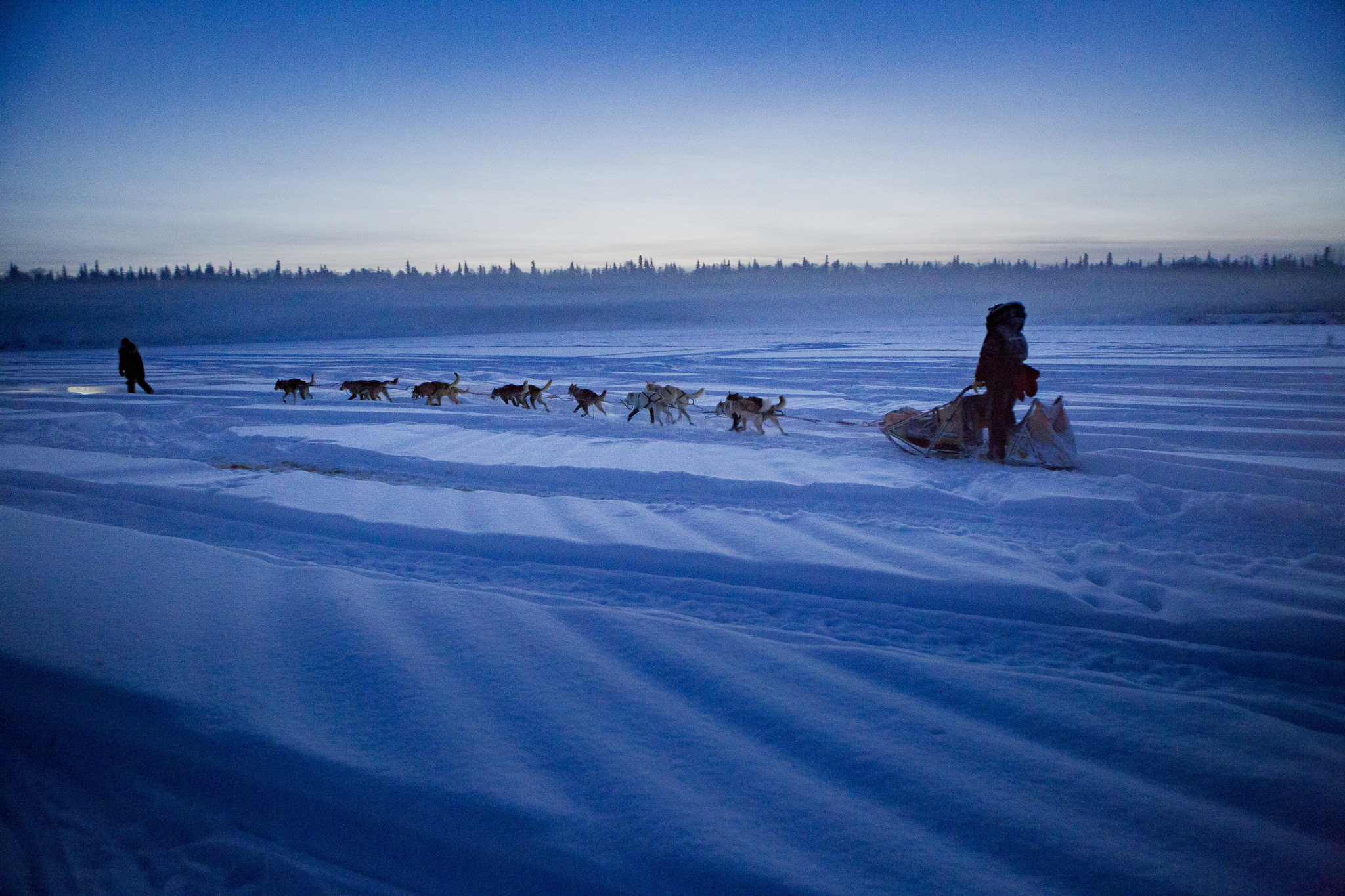 Have you ever met Nancy Sanderson? She’s Gary Young’s sister – a woman with a huge heart, who has loved the Young Living oils for as long as Gary has!

I love receiving Nancy’s product bulletins – they are always full of great information. This week she wrote about Gary. It was so inspiring, I have taken parts of what Nancy wrote (with her blessings) and incorporated it into today’s bulletin.

Enjoy this wonderful reminder of a man who was my mentor and friend (and who still “pops in” every now and then to say hi to me from Spirit). I know he’s smiling down on all of us. 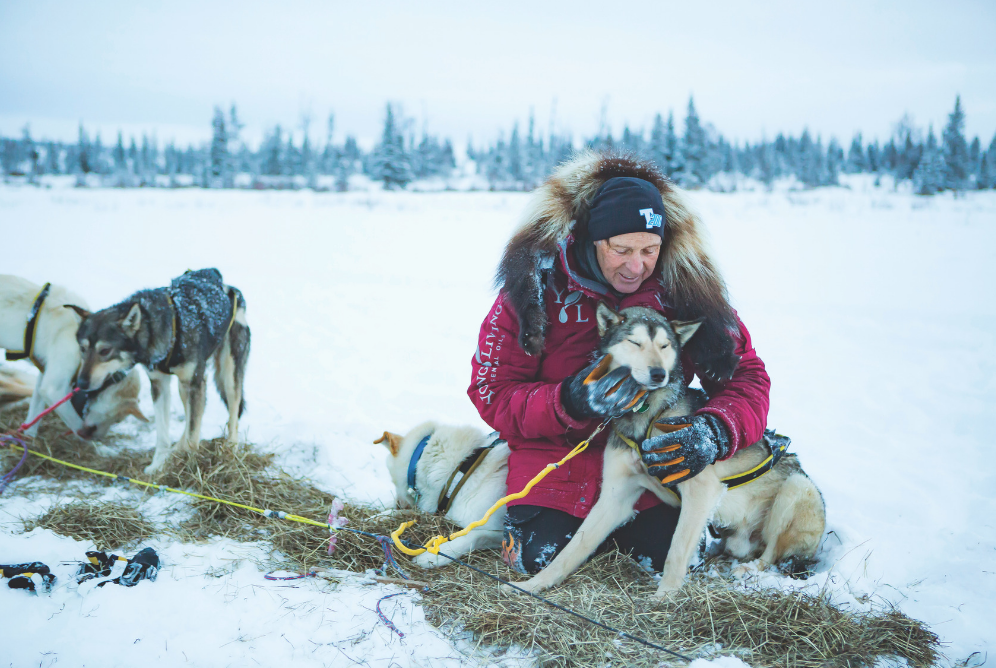 Gary lived on the edge. He challenged himself every day. But he didn’t do it alone. No matter what extreme activity he was engaged in, he always had his Young Living products by his side.

If we understand what Young Living products Gary himself used during his outdoor adventures, and why, we can borrow from his wisdom. So let’s take a journey with Gary on one of his most recent adventures – Dogsled racing in Alaska!!! 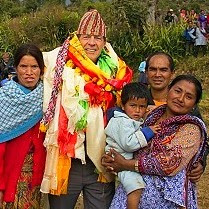 Gary competed in these two races to raise awareness and money for The D. Gary Young, Young Living Foundation’s ongoing project in Nepal to rebuild homes destroyed in the devastating 2015 earthquake.

The first race Gary competed in was the Tustumena 200, a 200-mile out-and-back course through the Caribou Hills on the Kenai Peninsula. It starts in Kasilof, with the halfway turn-around point in Homer. The second race, the Willow 300, starts and ends on Willow Lake, which is the same start location for the famed Iditarod’s southern route. The Willow 300 race course is less straightforward and has multiple out-and-back spurs as it winds through the wilderness beneath the shadow of Mt. Denali, the highest mountain in North America.

Gary had the same team of 12 dogs for both races, which were mostly young 2-year-olds. This was the first race for these dogs; and because of this, Gary commented that he and the dogs were learning how to race together. 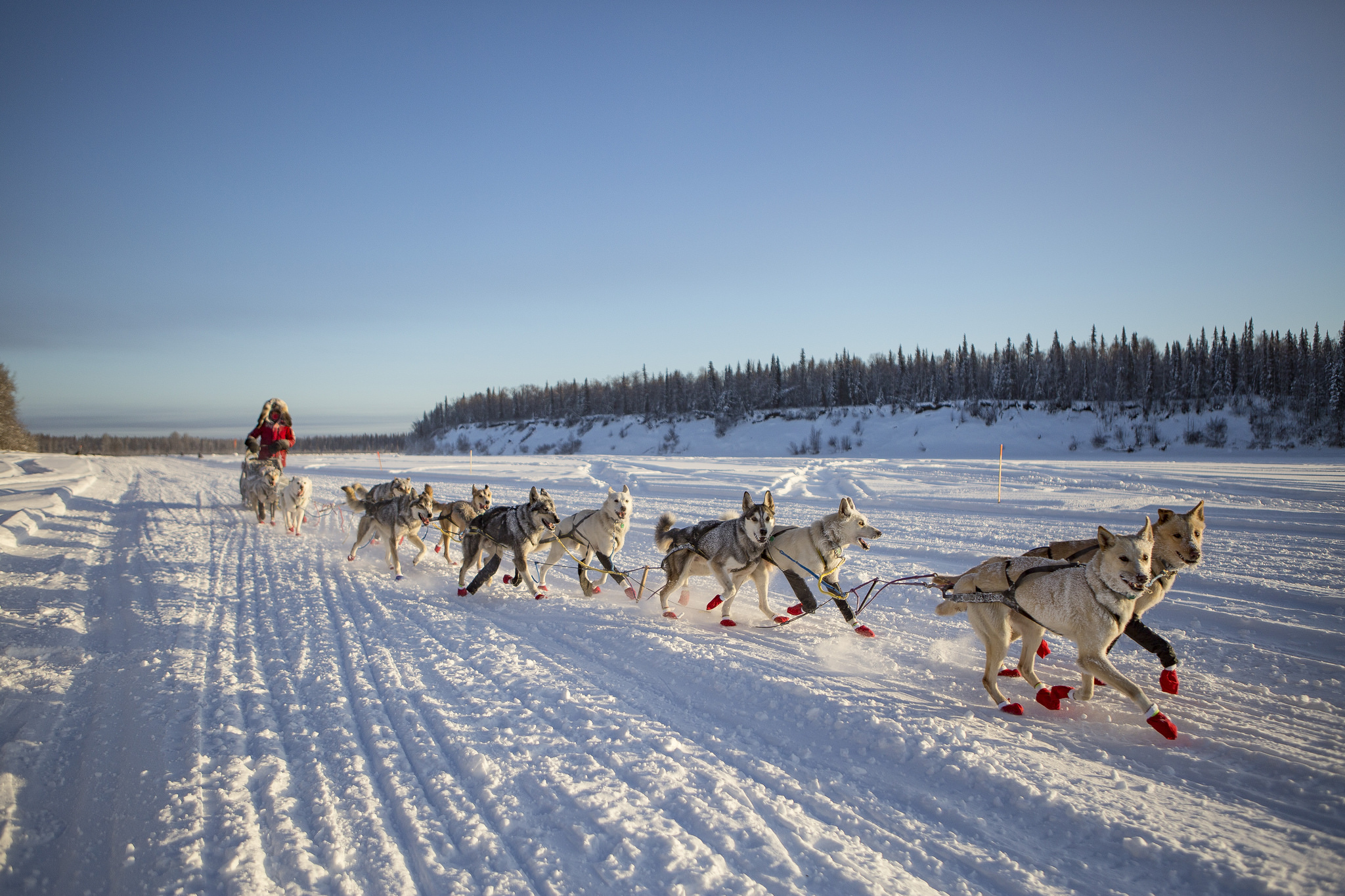 Race checkpoints are scattered along the course at roughly 50-mile intervals, a distance that takes between five and six hours to cover depending on terrain and trail conditions. Midway between each checkpoint, Gary would stop for 10 minutes to give the dogs a snack. He’d make sure they hadn’t lost any booties, which protect their feet. He’d also check on all the harnesses and sled rigging. 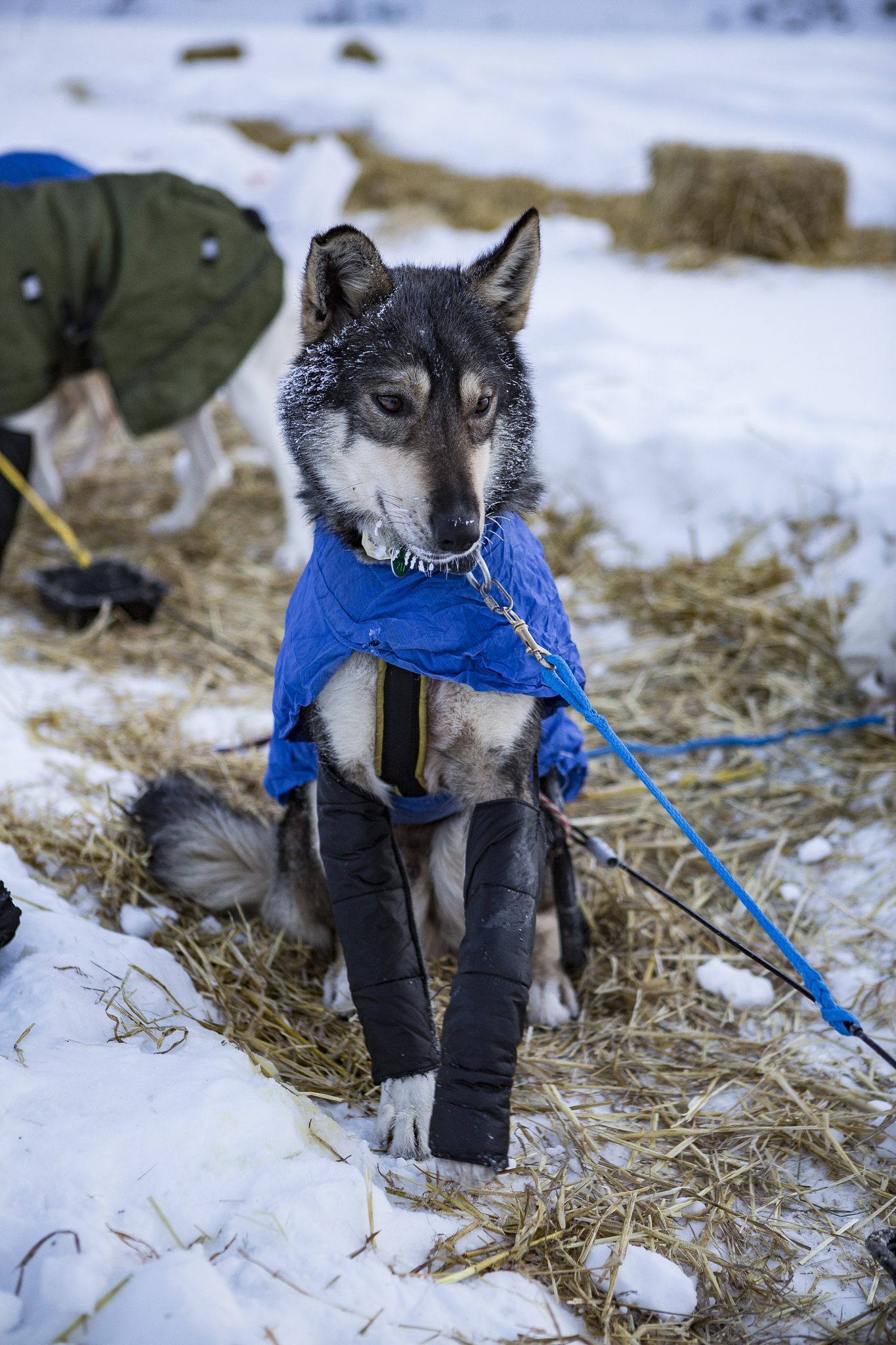 It was a huge accomplishment to arrive and sign in at each checkpoint. There was little time to rest, because taking care of the dogs was always Gary’s first priority. Only after the dogs were fed and resting could Gary shift his attention to his own needs for food and rest.

There are minimum layover time requirements at checkpoints to ensure that the dogs get adequate rest.

After taking care of their dogs, the mushers eat and try to take a short nap. Sometimes this means laying out a sleeping bag on the snow beside the dogs. Then it’s time to get up and prepare the dogs and sled for the next 50-mile segment of the trail.

It is nearly impossible to contemplate the challenges of mushing through the long, dark nights, subzero temperatures, and blinding whiteouts of the Alaskan wilderness.

Gary needed extreme energy and stamina to complete these races. He needed help to dive deep inside to find the courage to keep going through the most grueling of conditions. And he needed support for his dogs.

1. Protecting Hands and Paws from cracking 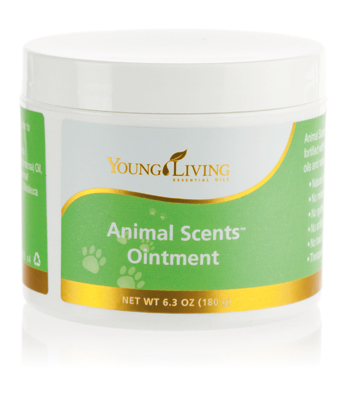 The dogs were always Gary’s most important partners in the race, so it was critical they were taken care of in every aspect of their well-being.

Upon arriving at a checkpoint, all of Gary’s attention was given to caring for his dog team. Unhooking the dogs’ harnesses from the sled’s tug line signaled to them that they were off duty and that it was time to eat and rest.

Gary then quickly removed their booties and spread straw out on the snow for them to lie on.

After the dogs had eaten, Gary rubbed Animal Scents Ointment onto the paws of each dog. Gary also massaged some ointment onto his own hands at each checkpoint to keep them from cracking and bleeding in the dry, cold air.

Note: Animal Scents Ointment is available from Young Living’s US office, but it’s not yet available in Australia. The same applies to some of the other products mentioned in this bulletin. To order these products, simply go onto your Young Living virtual office and you will see a flag at the top. Pull that down, select the US flag, and it will direct you to the US office where you can place an order for these products, and have them shipped from the US to your door (eg. in Australia). If you have never ordered from Young Living before, or it’s been 12 months or more since you ordered, please contact the person who introduced you to Young Living for assistance in setting up an account. If that was me, or you don’t know who referred you, simply reply to this email and I’ll be in touch.

Maintaining physical stamina can be difficult during any long journey, especially when that journey is one filled with freezing temperatures and sleep deprivation, both inherent parts of the grueling sport of dogsled racing.

Gary relied on the Young Living products to stay energized while mushing over the unforgiving and bitterly cold Alaskan terrain. 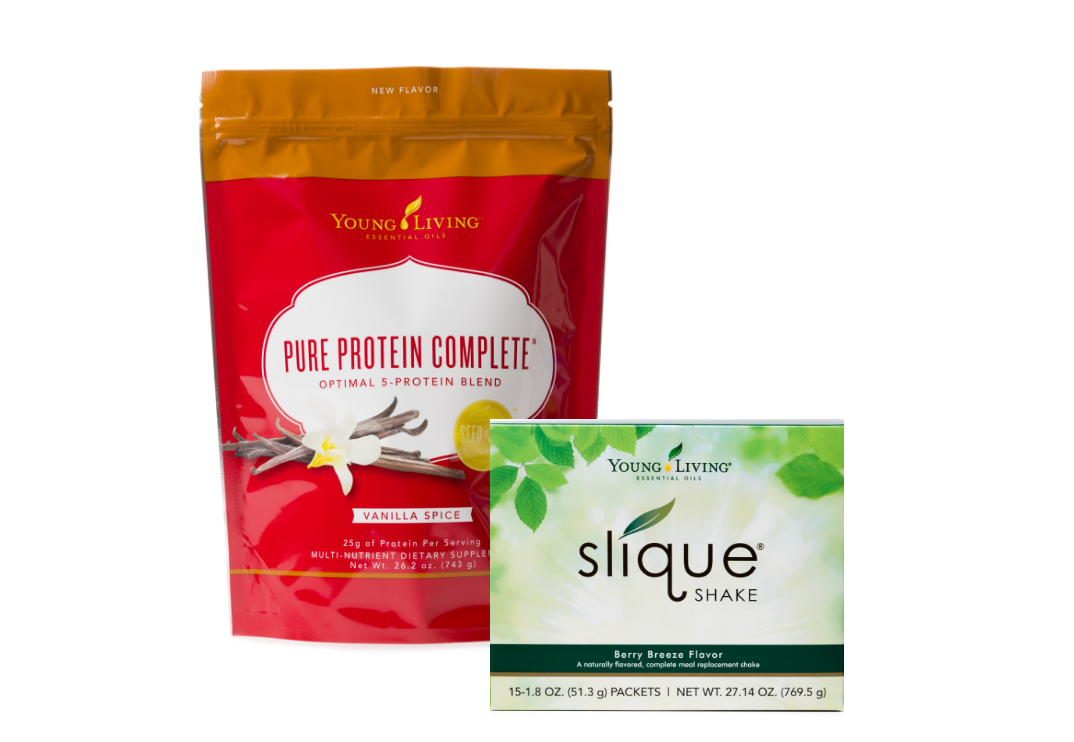 As there was very little time to stop and fix a meal or eat at the check stations, Gary mixed Pure Protein Complete and Slique Shake together for his protein drink. He stored it in a 2 litre thermos to keep it from freezing – but even so, it would freeze in just a few hours when the temperature dropped to -20°F (-29°C). 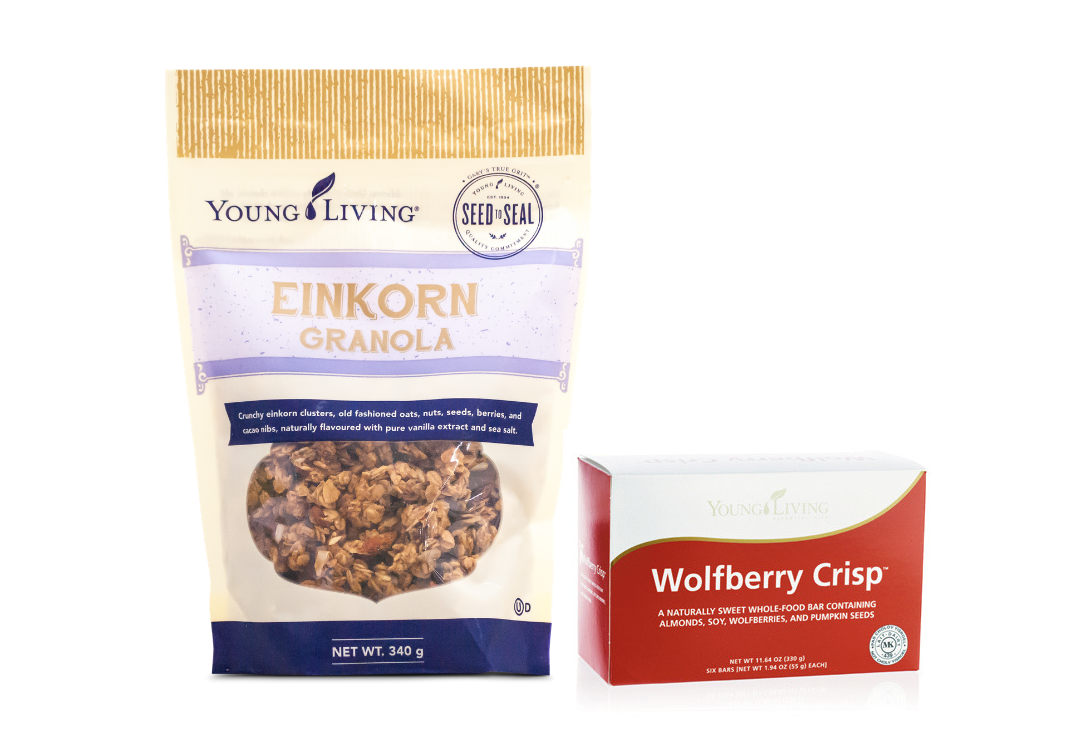 Besides the Pure Protein and Slique Shake combo, he also snacked on Einkorn Granola and frozen Chocolate-Coated Wolfberry Crisp Bars for breakfast, lunch, and dinner to be able to continue for the many miles and long hours ahead.

Gary kept NingXia Nitro and NingXia Red packets tucked in the base layer of his clothing to keep them from freezing; however, when the temperature dropped below -10°F (-23°F), they still froze solid!!! 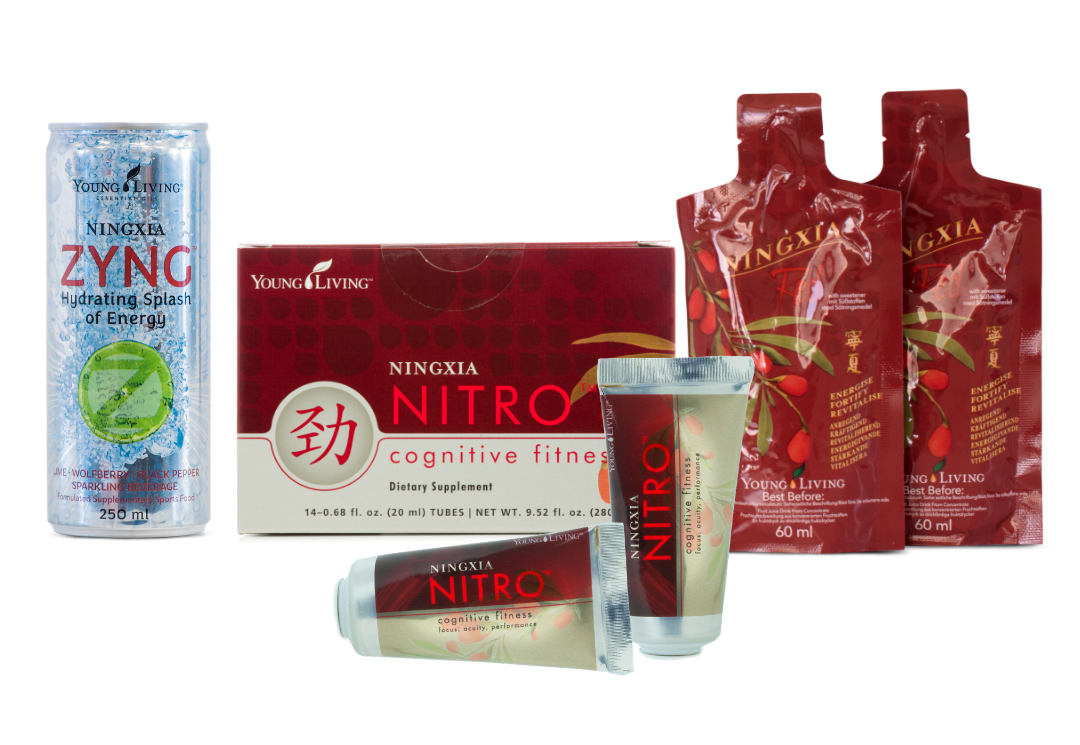 At times, he resorted to sucking on a frozen NingXia Nitro until it thawed out, so he could have something to drink.

When he was heating the food for the dogs, several times he put a can of NingXia Zyng and a few NingXia Red sachets on top of the pot on the stove to thaw them out to drink, just like you might drink some to help you through an afternoon slump.

Never heard of NingXia Nitro? It’s available from Young Living in the US, and it gives an incredible energy lift – it’s like NingXia Red on steroids! 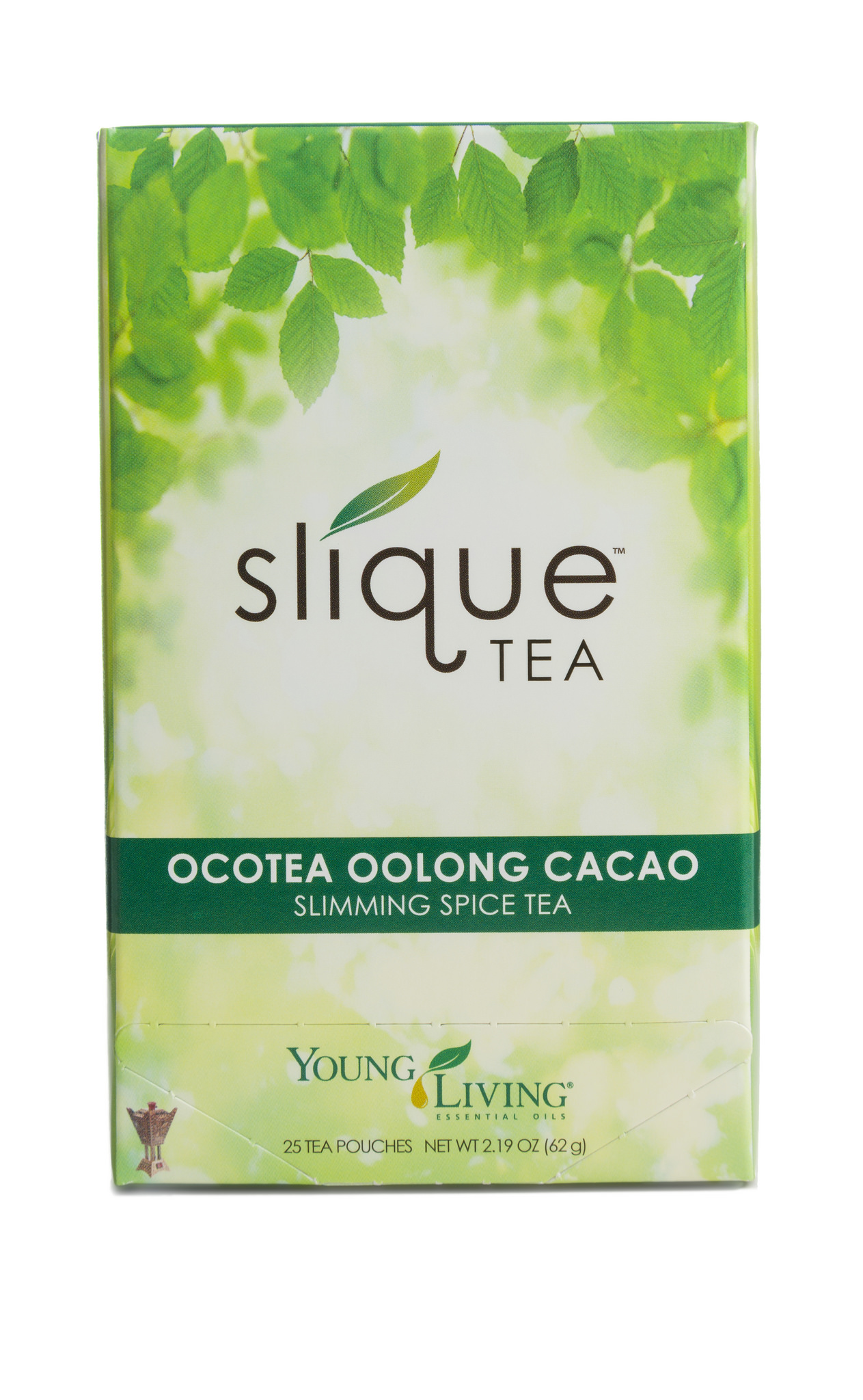 Inside the sled, Gary kept another 2 litre thermos filled with boiling water and 10 Slique Tea bags. He used this thermos to refill a smaller 480ml (16-ounce) thermos that he drank from during runs between checkpoints to help him stay warm and hydrated.

The US Slique Tea blend contains Ocotea oil, oolong tea, and cacao – a delicious drink for those moments when you need to wind down and warm up.

In the International Markets like Australia and the UK/Europe, our Slique Tea is a different (but equally delicious) formula, based on oolong tea with Cinnamon Bark, Nutmeg and Vanilla oils.

3. Taking Care of yourself & your Hygiene 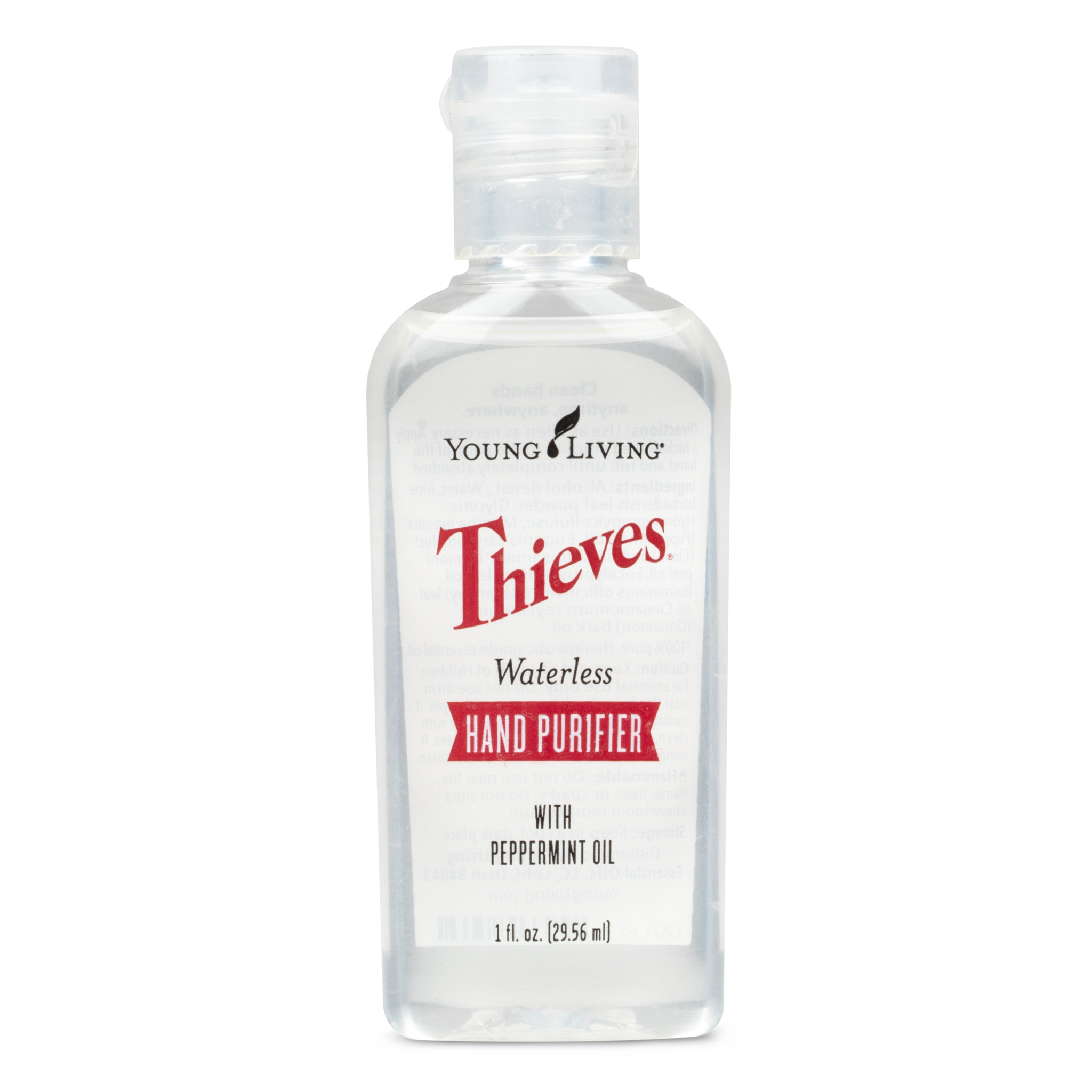 After putting the dogs’ booties on, which had to be done with bare hands in the freezing cold, Gary cleaned his hands with Thieves Waterless Hand Purifier before putting his gloves back on.

You may not be caring for a team of dogs, but these conveniently sized bottles are perfect when you need to freshen up. I carry one in my handbag at all times, to use before eating out, or after I’ve used a public washroom.

The power-packed Melrose essential oil blend is perfect when your skin needs a little TLC. 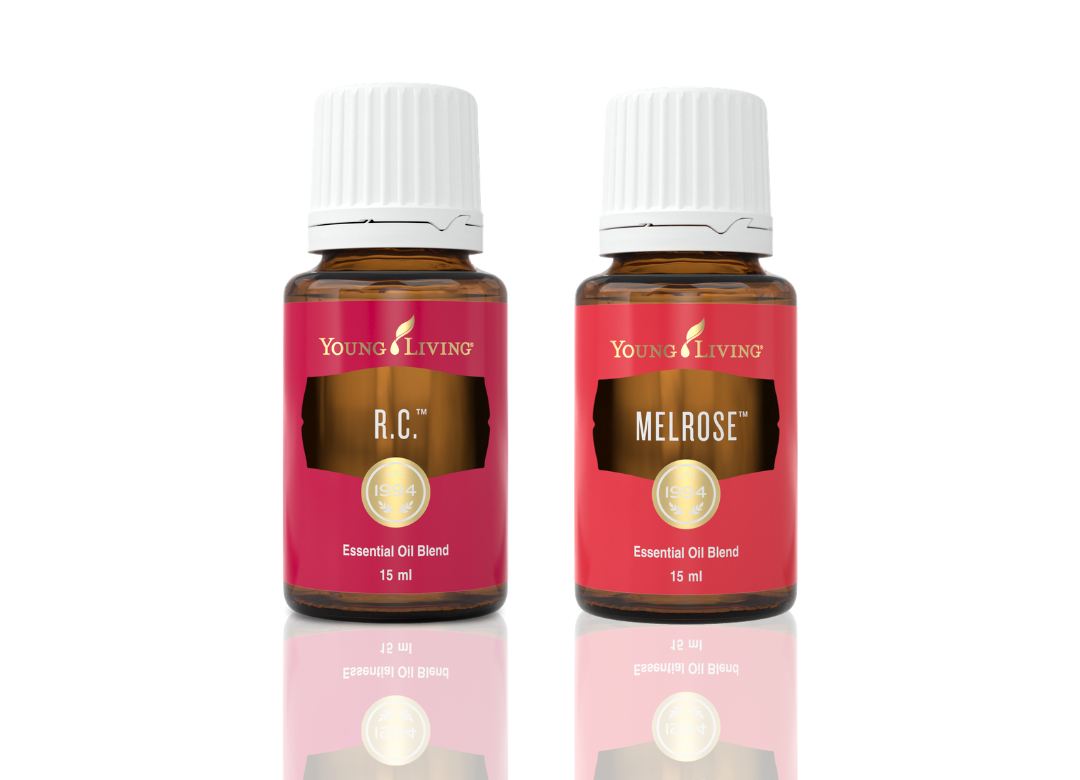 This blend of Tea Tree and Melaleuca Quinquenervia allowed Gary’s hands to rejuvenate after holding the sled for so many hours.

Gary also relied on the oil blend RC to invigorate and refresh him when he needed a moment to reset. It contains 3 types of Eucalyptus oil, as well as Spruce and Cypress oil.

Defying limits and pushing through challenges requires some serious motivation and focus. Gary used his favourite essential oils to help him stay on track, both emotionally and physically. 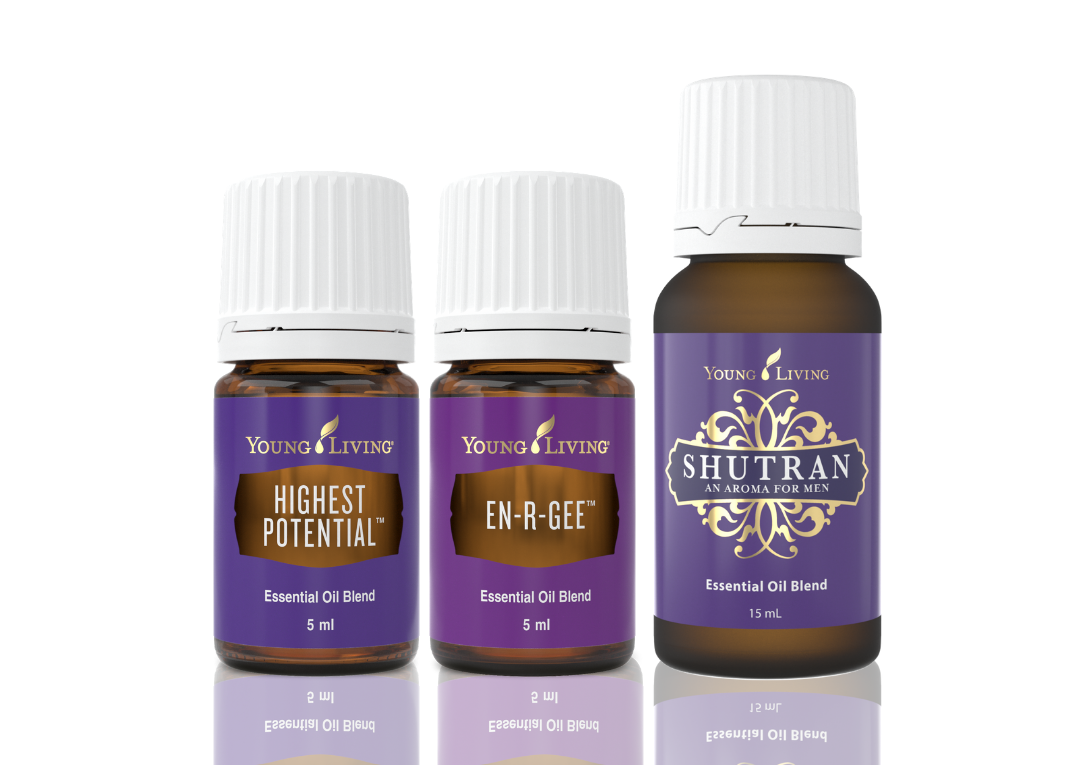 He rubbed Highest Potential and En-R-Gee onto the ears of his dogs, and onto his own scalp, neck, and windburned face to help him and his dogs stay focused on the goal, and to harness the inner strength to cross the finish line.

He also put his very favourite blend, Shutran, on both himself and his dogs to help form a special bond between them. 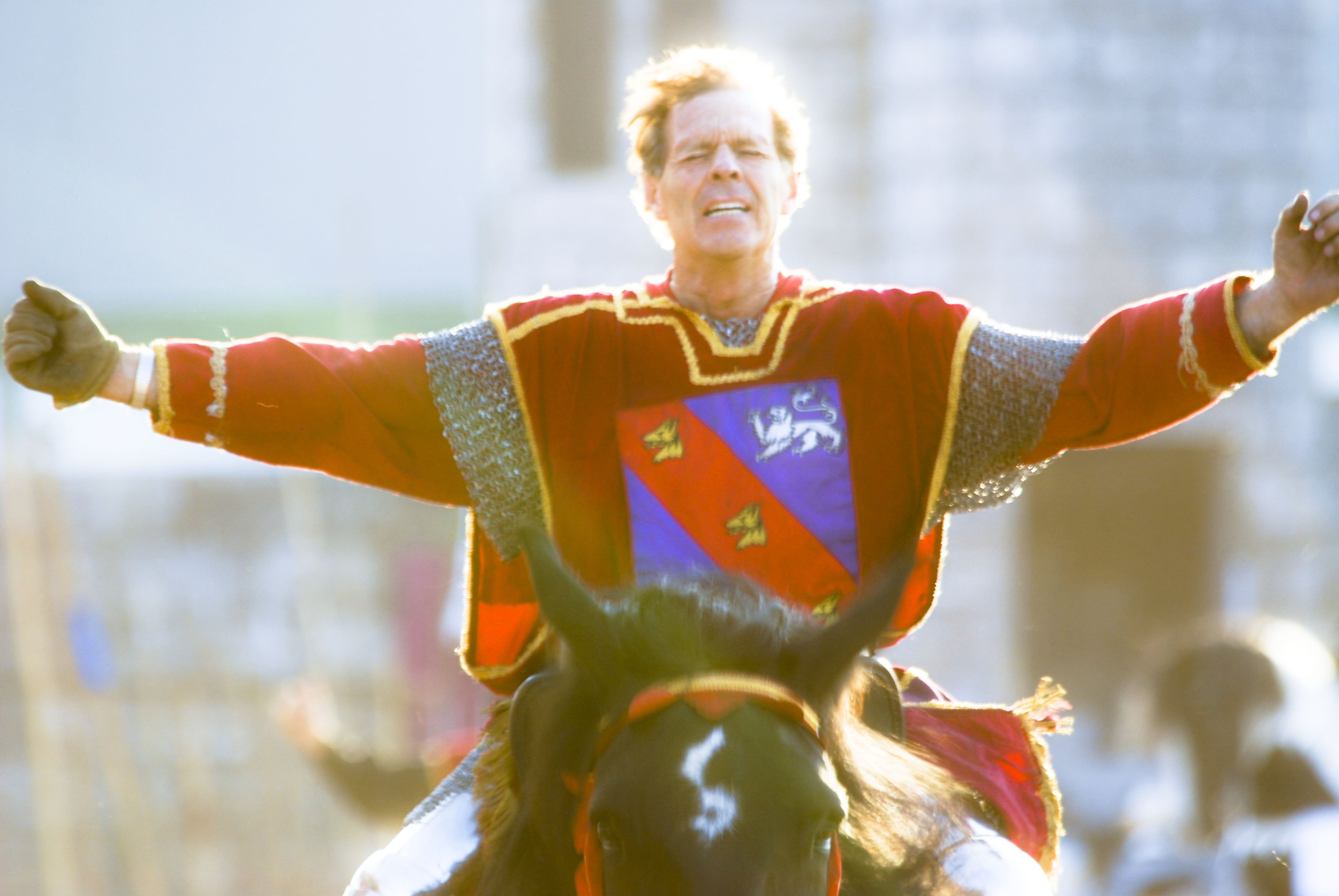 Gary has stated many times that besides raising awareness for the Foundation’s efforts in Nepal, he hoped competing in and finishing these races would set an example for his children that they can accomplish anything they set their minds to, regardless of the obstacles that may stand in their way. 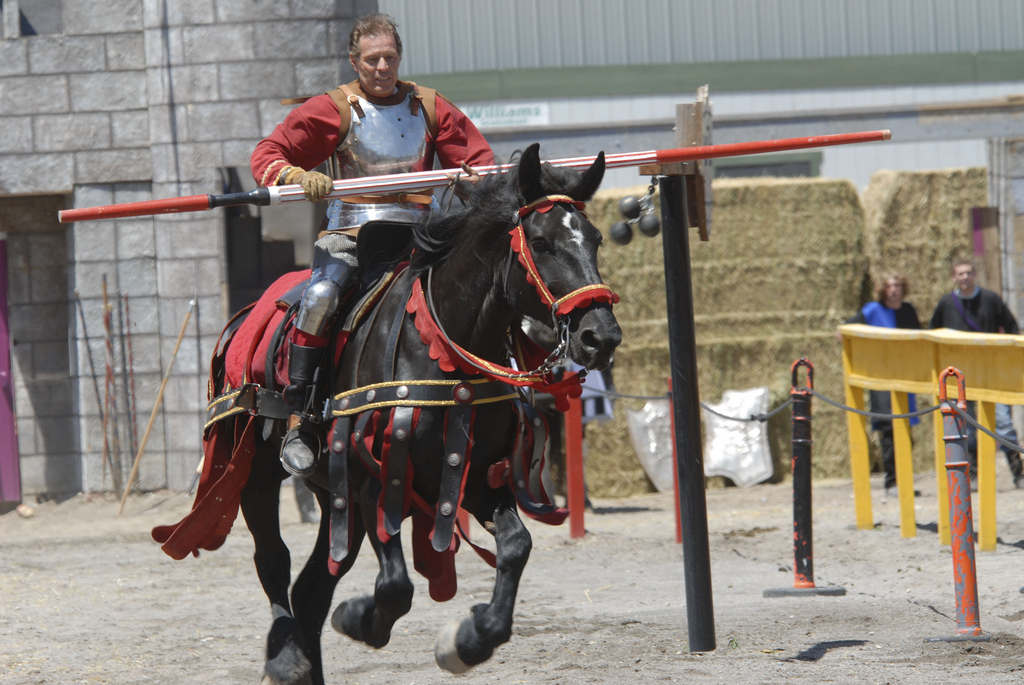 We all have choices in life. We can choose to play small, or play big. Gary always hoped that his example would reach into your heart, and inspire you to set new and higher goals for yourself in the areas of Wellness, Purpose, and Abundance….and to have the courage to go out and achieve your dreams and goals.

May Gary’s life (and the products that sustained him) also give you the inspiration to live your life to your Highest Potential, reaching for your greatest dreams, and never – ever – giving up!