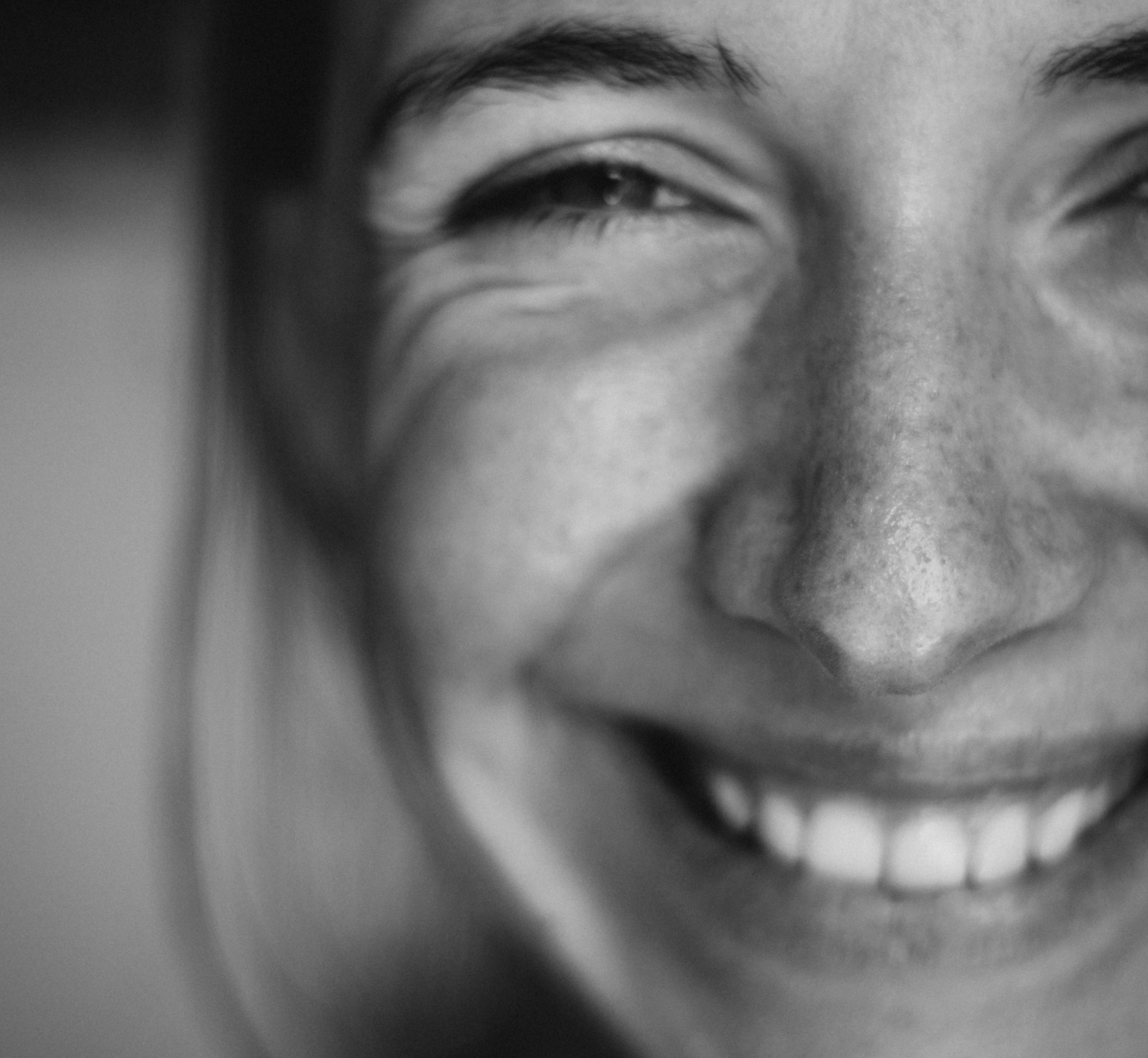 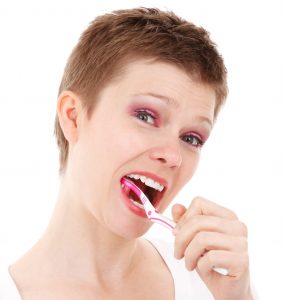 Scientists at Harvard School of Dental Medicine found 615 different types of bacteria that can live in the mouth, officially making our mouth the dirtiest place on our body!

Our mouth comes into contact with more germs and bacteria than our rectum – not to mention all the undigested food that gets trapped between teeth and under the gums if we’re not flossing regularly.

In my last bulletin, I talked about keeping the mouth and gums clean in 3 ways using regular flossing, a coconut oil-based toothpaste, and by practicing daily oil pulling. There is one more step to oral hygiene which is extremely important in our modern times, and that’s the regular use of a natural, fortified mouthwash.

The dangers of alcohol-based mouthwash

According to Wikipedia¹, when Listerine was first created in 1879, it was marketed as a floor cleaner, a surgical antiseptic, and a cure for gonorrhea. Yikes!!! Then in the 1920’s, Listerine began promoting their mouthwash as a cure for bad breath, and in less than 10 years their sales increased almost 8000%.

Today, we have a huge range of commercial mouthwashes to choose from. But the problem with many of these commercial antibacterial mouthwashes is that they are indiscriminate. The alcohol in them kills the good bacteria in our mouth along with the bad, and this in turn weakens our mouth’s natural immune system and paves the way for an invasion of bad bacteria.

The alcohol also erodes the protective mucous and saliva, allowing plaque to build up more easily, which in turn creates bad breath. It’s a vicious cycle.

Fortunately, the world is waking up. In a study² published in the Australian Dental Journal, scientists conclude that, “there is now sufficient evidence to accept the proposition that alcohol-containing mouthwashes contribute to the increased risk of development of oral cancer and further feel that it is inadvisable for oral healthcare professionals to recommend the long-term use of alcohol-containing mouthwashes.” Wow!

Other toxic chemicals in commercial mouthwash 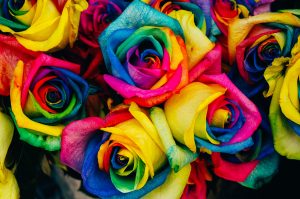 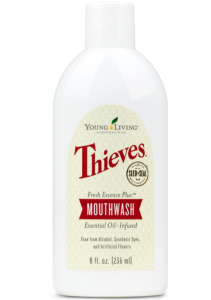 As with all of their products, Young Living has used a combination of powerful natural ingredients and therapeutic-grade essential oils to create their Thieves “Fresh Essence Plus” Mouthwash.

It contains NO alcohol, artificial flavours, synthetic dyes or sweeteners. Instead, it’s sweetened with stevia, a natural plant extract.

Colloidal Silver is based on an ancient recipe, and it’s exactly what we need to be using every day in our modern world! If you don’t know what it does, make sure you google it. 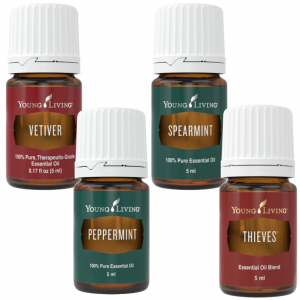 Being being part of the Thieves range, the Fresh Essence Plus Mouthwash contains the potent Thieves Essential Oil blend, which was inspired by remarkable stories of four thieves during medieval times, and the “four thieves vinegar” they created. It also contains Peppermint, Spearmint and Vetiver Oil

Thieves Mouthwash is potent and tastes great. Simply take a capful into your mouth, and rinse and gargle for 30 to 60 seconds.

It packs quite a punch! If you find it too strong, simply dilute 50/50 with water. Voila!

Here’s what The Oil Temple tribe have to say…. 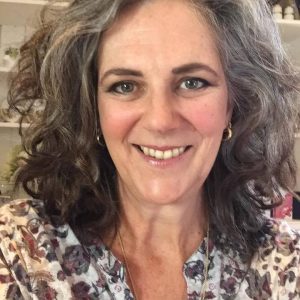 My hubby has been using the Thieves Mouthwash and Thieves Aromabright (and now Whitening) Toothpaste for the last year. His dental hygienist told him the other day that for the first time in years she didn’t need to jimmy away the plaque and gave his teeth and gums a clean bill of health! Of course I told the dentist the great news. 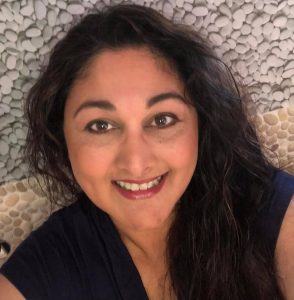 I always keep Thieves Mouthwash on hand, and at the slightest sign of over-dryness I am there gargling for 5 minutes and holding it in my mouth. My tongue can barely survive in there – it’s pretty intense, however it seems to work like oil pulling and drags all the extra bits and whatever hanging around in the mouth, nasal and back of throat area. I feel fresh and have the best sleep knowing my body is resting itself and not fighting any unwanted visitors. 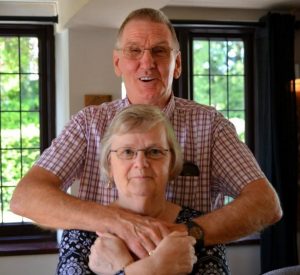 I filled an empty 15ml Thieves bottle with the mouthwash and added a drop of Spearmint oil. We actually have 1 each and take it with us everywhere, it’s so refreshing and you know that’s it making you a more pleasant person to talk with!

And it’s not only fabulous for humans…. 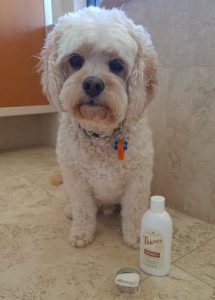 Two years ago, “Elmo” was getting tartar build-up on his teeth, and the Vet suggested having his teeth cleaned. Instead, I started applying Young Living’s Thieves Mouthwash inside his mouth using a finger puppet. His treat is a little piece of cheese at the end. At first I heavily diluted the mouthwash with water, and slowly built it up to equal parts mouthwash and water. It made a big difference in a matter of weeks. At Elmo’s recent Vet check, they said his teeth look great! Now I just say “Teeth cleaning!” and he runs to the bathroom.

Here’s how to order….

If you already have your own wholesale account with Young Living, you can order through the shopping cart on your virtual office, or via phone with your local Young Living office.

If it’s been more than 12 months since you’ve ordered, or if you’ve never set up an account, please reach out to the person who introduced you to Young Living. You will need their member number when you place your first order.

If you have lost touch with them, or need any other assistance, we are here to help. Simply contact us, and we’ll be in touch to assist you and help answer your questions.