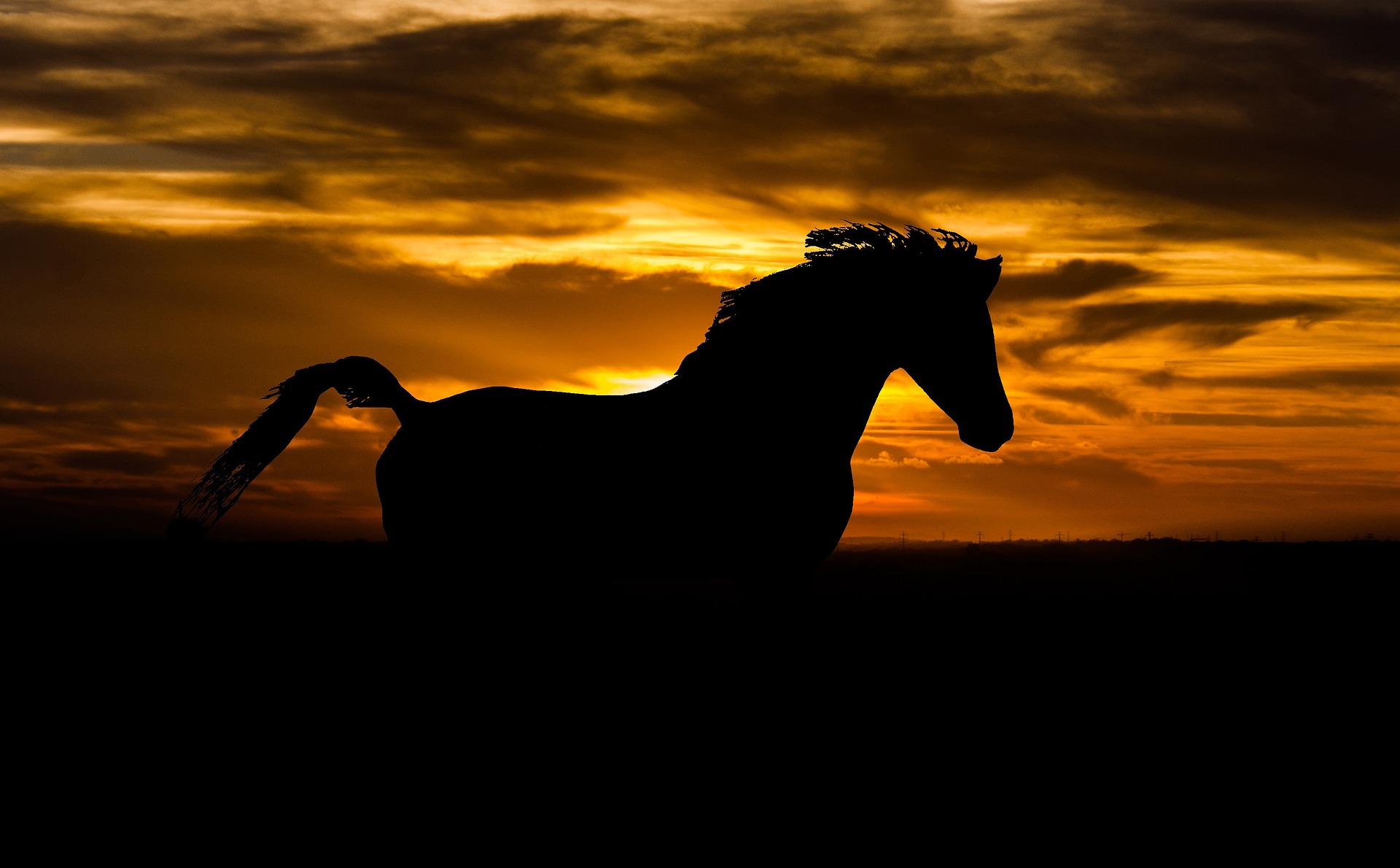 In 2005, I was visiting Young Living’s St Maries Farm in Idaho for the lavender and melissa harvest. This was the very first farm purchased by Gary and his wife Mary. It’s where Gary grew lavender for the first time.

He was told over and over that lavender would never grow successfully at such high altitude…but he proved everyone wrong, and our St. Marie’s farm continues to this day to produce world-class Lavender oil.

Whilst I was on the farm, I had an amazing experience with Gary’s favourite horse, Sundance. I want to tell you what happened – it was one of those moments where necessity became the mother of invention (as the saying goes). And it taught me about an oil I’d never really used much before, but which is now one of my favourites. In fact, I rarely have a bath without it!

However – be warned! This story is very graphic, and covers some sexual body parts, so it’s not for the faint hearted. And now to the story of Sundance…

A Stallion, a Mare, and a bottle of Oil….

Sundance was the most magnificent black Percheron stallion, and he was Gary Young’s favourite horse. He lived on Young Living’s St Marie’s farm in Idaho, and Gary would ride Sundance into the mountains whenever he could. Disappearing into the mountains on horseback was how Gary would reconnect with God, receive guidance for his life, and “reset” himself.

I happened to be on the St Marie’s farm in 2005 with a group of Young Living members, and we were eagerly anticipating the Lavender and Melissa harvest. 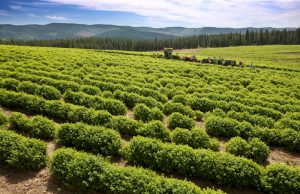 Suddenly, a distress call came out – Sundance was in trouble, and it was an emergency!!!

We rushed down to check on him, and saw that a mare from a neighbouring property had leapt the fence of his corral, and was cosying up with him.

That in itself might seem rather romantic, however when Sundance had gone to mount this mare, she’d kicked out and her hoof had landed smack bang on the end of his penis.

I can hear any man reading this groaning in sympathy, and understandably. That kick caused a golf-ball sized haematoma to form on the end of his penis, and it was dripping blood. It was so large that poor Sundance couldn’t retract his penis back into its sheath, and was standing there in a growing pool of his own blood.

But the drama didn’t stop there. The neighbour had been called to retrieve his mare.

As he led his mare out of the corral, Sundance threw himself at the wooden posts of the corral in a frenzy of hormones. One of the wooden palings broke under the force of his blow, and a nail from the post drove deep into his chest. As he drew back to try and free himself, that nail ripped a large hole in his flesh. Now he was dripping blood from both ends, and shaking.

The local Vet was called, but wasn’t going to be arriving for a couple of hours. Horses can die from shock, so the question became, “How do we soothe him and calm his emotions?” The Vet had advised us to hose his penis with water to help the swelling go down, but Sundance wouldn’t let anyone near him. He was used to Gary handling him, but Gary was away.

Fortunately Eldon Knittle was with us. Eldon was one of Gary’s oldest and best friends – a loyal supporter of Gary, and a skilled horseman in his own right. Eldon has since passed on, however I still enjoy seeing his lovely wife Nancy at our US Young Living events. 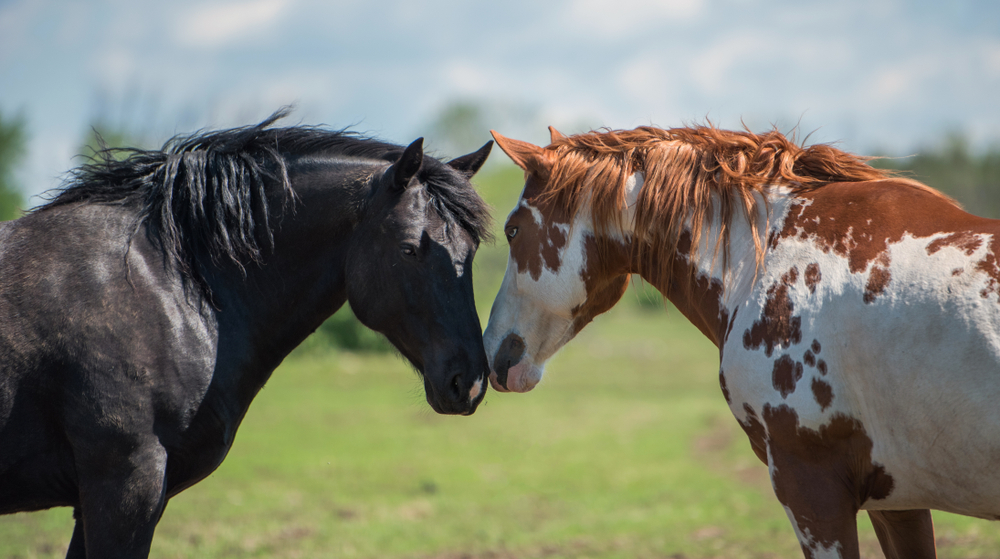 Young Living Oils to the Rescue!

So what oils do you think would calm Sundance enough to allow us to hose him?

We thought of all the normal calming essential oils and oil blends. We tried Lavender, and Valor. We even tried Peace and Calming. We’d put them on our hands and hold them out to him. But none of them were calming Sundance. He was still shaking, still bleeding, and not letting us close.

And then I had a thought. I’d recently had a stunning experience using Harmony oil blend on my sister’s horse “Mister”. Where Frankincense had brought our the cheeky Mister and he’d tried nipping me and carrying on like a young stud, Harmony oil had been deeply relaxing to him and he’d been yawning and droopy-eyed, and putty in my hands.

The only problem was, I was in Idaho and hadn’t brought any Harmony oil with me, and no one else had it on them either. Oh no!!!

So that’s exactly what I did. I realised I had Geranium oil on me (one of the single oils contained in Harmony oil blend), and I put a drop in my palm, rubbed both palms together, and held it out to Sundance.

The Geranium oil worked! It calmed him in a way that no other oil we’d used had done. Shortly after Eldon was able to hose him, cool him down, and the Vet arrived and treated him.

What I’ve since discovered is that almost every horse I meet loves Geranium oil. And because of this, it’s my oil of choice when I’m meeting a horse for the first time. It’s rare that I’d meet a horse that isn’t putty in my hands after a few sniffs of Geranium oil.

And no wonder! Geranium oil conveys feelings of calm strength and security. It’s an oil that allows us to trust, and therefore the perfect oil to use in any stressful situation.

But nowadays, I don’t only use Geranium oil. I have one other oil that I love to mix with Geranium when I’m meeting a horse. Are you curious what that is? I shared about it in last week’s Raw Divinity blog, called “A Horse with Wings”. If you love horses and love essential oils, you’ll be touched by my story….. 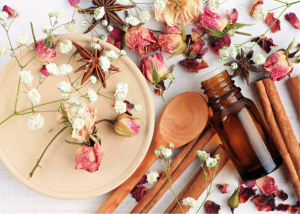 If you already have your own wholesale account with Young Living, you can order through the shopping cart on your virtual office, or via phone with your local Young Living office.

If it’s been more than 12 months since you’ve ordered, or if you’ve never set up an account, please reach out to the person who introduced you to Young Living. You will need their member number when you place your first order.

If you have lost touch with them, or need any other assistance, we are here to help. Simply contact us, and we’ll be in touch to assist you and help answer your questions.