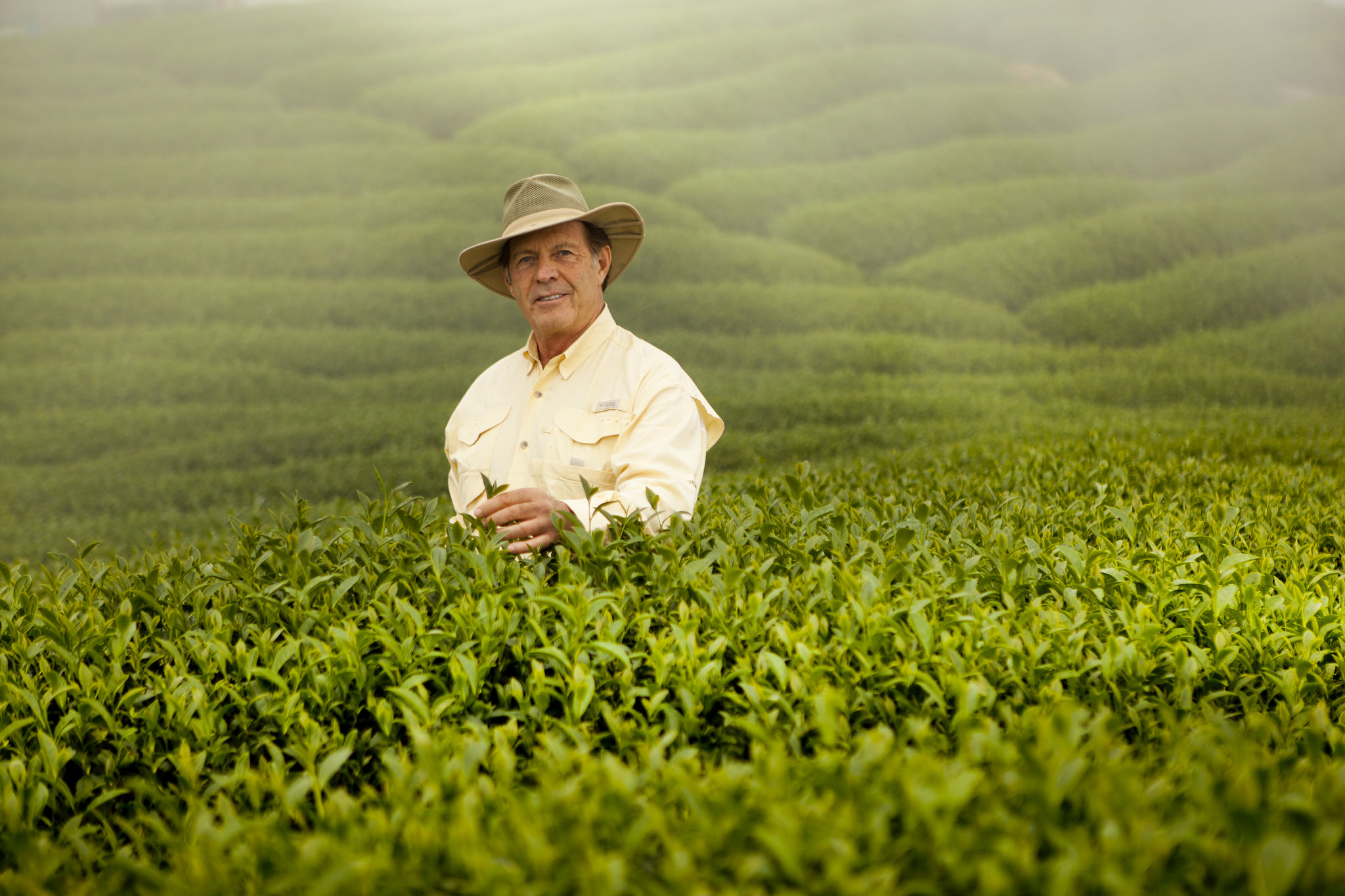 The Death of a Hero

As news of his passing travelled around the world, messages of grief and love have poured in – but not only to his wife Mary, and their children Jacob and Josef. I’ve also received many messages from friends far and wide, who knew how much this man meant to me, and how deep an influence he’s been in my life. 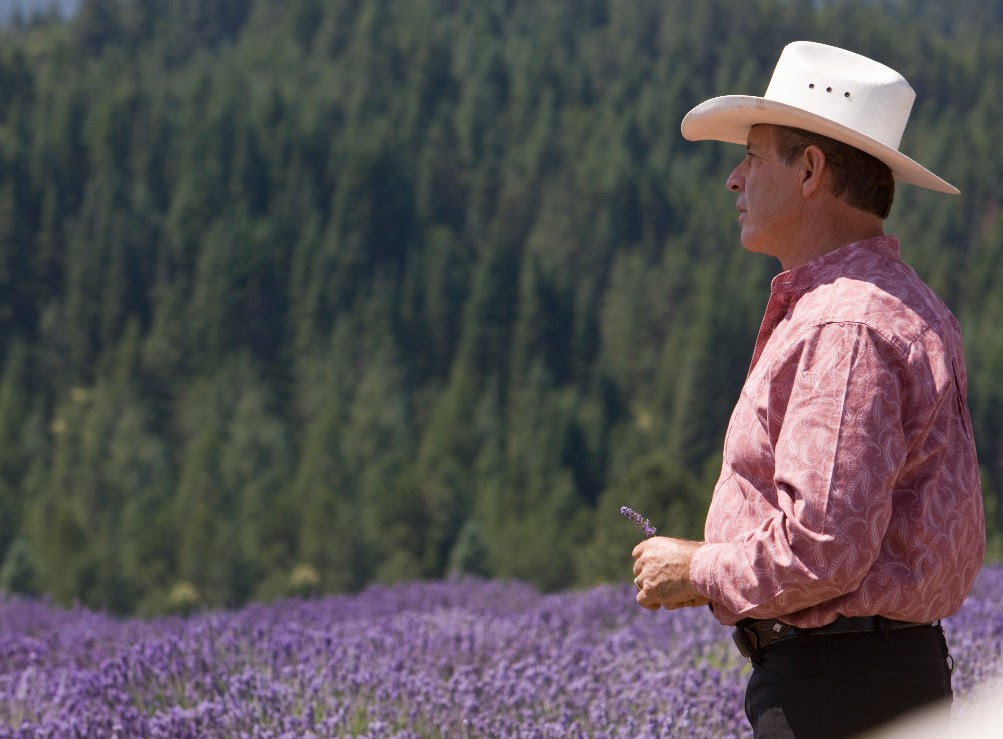 I’m certainly not alone in having called Gary my friend and teacher.

Gary Young touched millions of lives in his time on Earth. Our planet is all the richer for him having walked among us.

He’d go to places that white men never journeyed, always in search of knowledge from the local shamans, and the discovery of new aromatic plants. 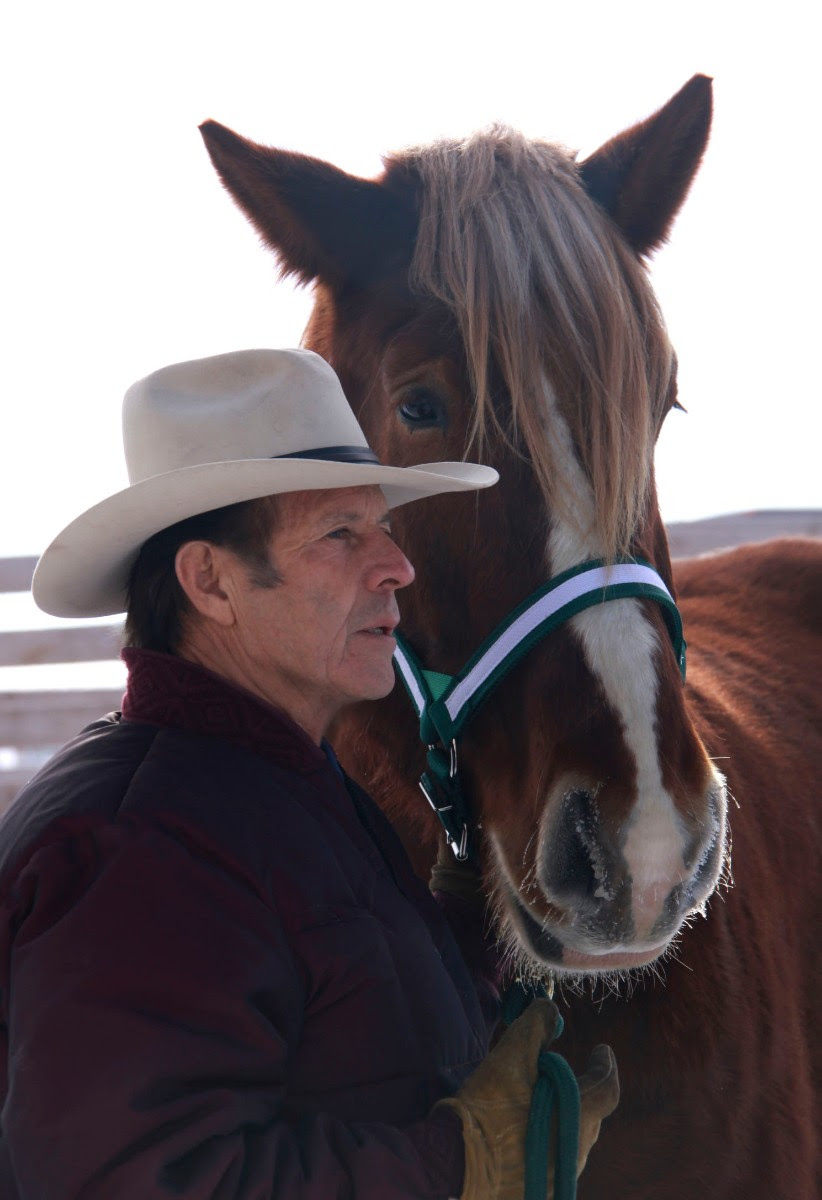 Yet on one of these journeys he’d been bitten by an unknown critter, and woke to find an oozing sore on his body. Even though the sore healed quickly, whatever bit him had introduced a very dangerous parasite into his system, a parasite responsible for Chagas disease – a life-threatening condition that progresses in the body until it affects the heart and its ability to pump blood.

Had Gary realized the severity, he would have addressed it at the time. But those of us who knew Gary also know his motto that:

“If you’re not living on the edge, you’re taking up too much room.”

He’d share about how he lived on only a few hours’ sleep each night, so that he could spend as much time as possible doing what he loved – researching, inventing, teaching, developing, learning.

With his 24/7 lifestyle, and thinking that he’d simply contracted a virus, he didn’t slow down, until the damage was already done.

With a weakened heart, blood doesn’t pump around the body effectively, and so a number of months ago, Gary suffered a stroke. Even in the face of this latest challenge, Gary was bringing all of his intention to his process of recovery, envisaging himself back on stage at our International Grand Convention in June, and his friends from all around the world were praying for this outcome.

Yet for each of us, there comes a time when we are released from our body, to embark on a new journey. And for Gary, that happened on 12th May (USA)/13th May (AUS), as the result of another blood clot causing a second major stroke.

What will happen to Young Living? 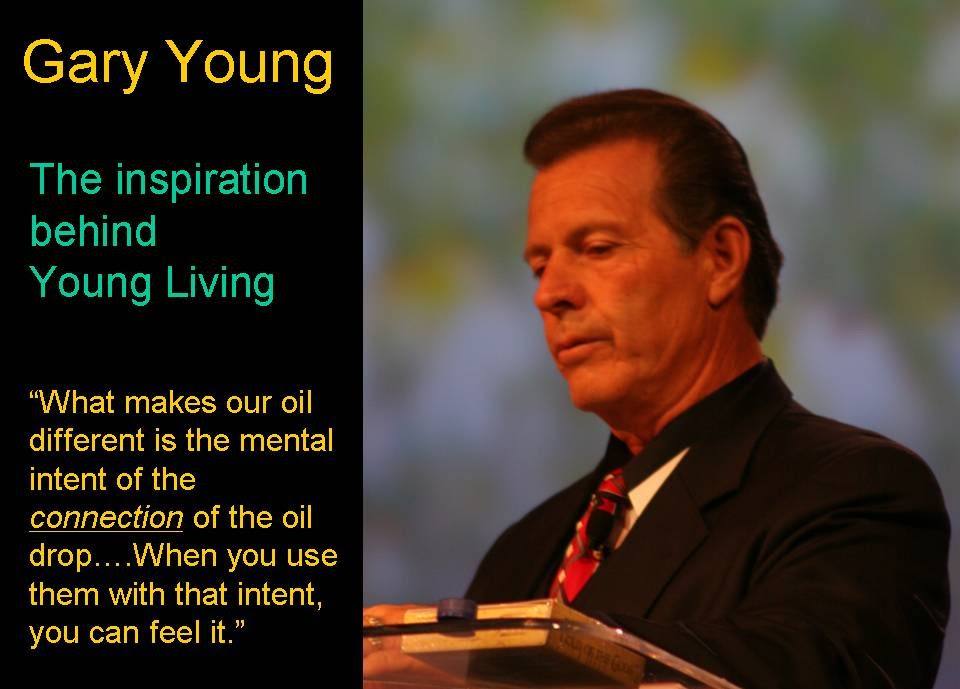 Whilst Gary Young was the founder of Young Living, we, the members who love and use these oils are the beating heart of the company.

Our love and honouring of Gary is what will allow Young Living to continue soaring forwards, each day bringing us one step closer to Gary’s dream of having Young Living oils in every home in the world.

I was with friends when I received the news of his passing….and as we pondered what this news would mean for our beloved company, one of my friends reminded me:

When Jesus was on the cross, they thought that would be the last they’d hear of him. But here we are, 2000 years later, and his message and his legacy lives on, continuing to bless and change people’s lives even more than when he was alive. 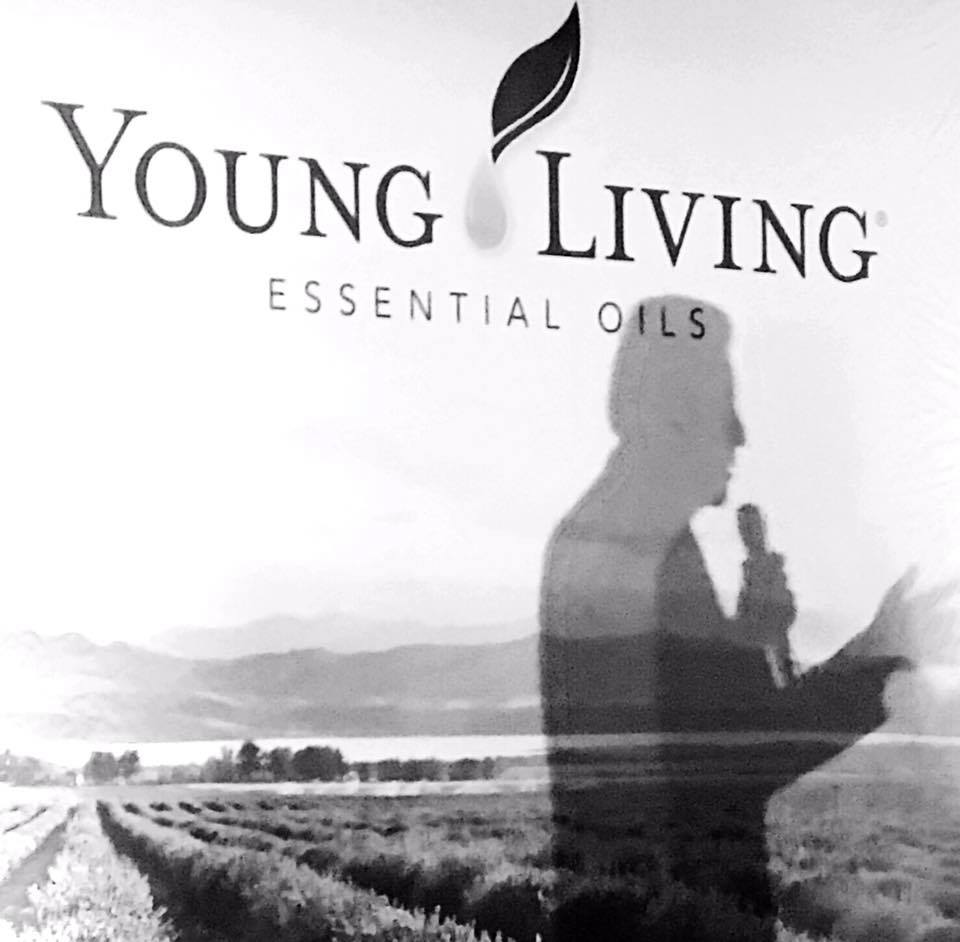 And in the truth of that statement, I saw the vision that Gary has always had – of a company that is so much bigger than him, which will continue indefinitely, upholding his ideals, and changing millions of lives along the way.

Gary will live on in each of our hearts, and his impact will grow with every day and every year. And those of us who have had the privilege of meeting him or knowing him, will tell tales to our grandchildren and great grandchildren about a great Man who changed the world with his passion for essential oils.

The Elephant in the Room

When I was at Diamond Retreat a few weeks ago, Jared Turner, President of Young Living, addressed the “Elephant in the room”. We all know that Gary Young is unwavering in his commitment to quality. But what happens when he’s no longer with us to oversee this? 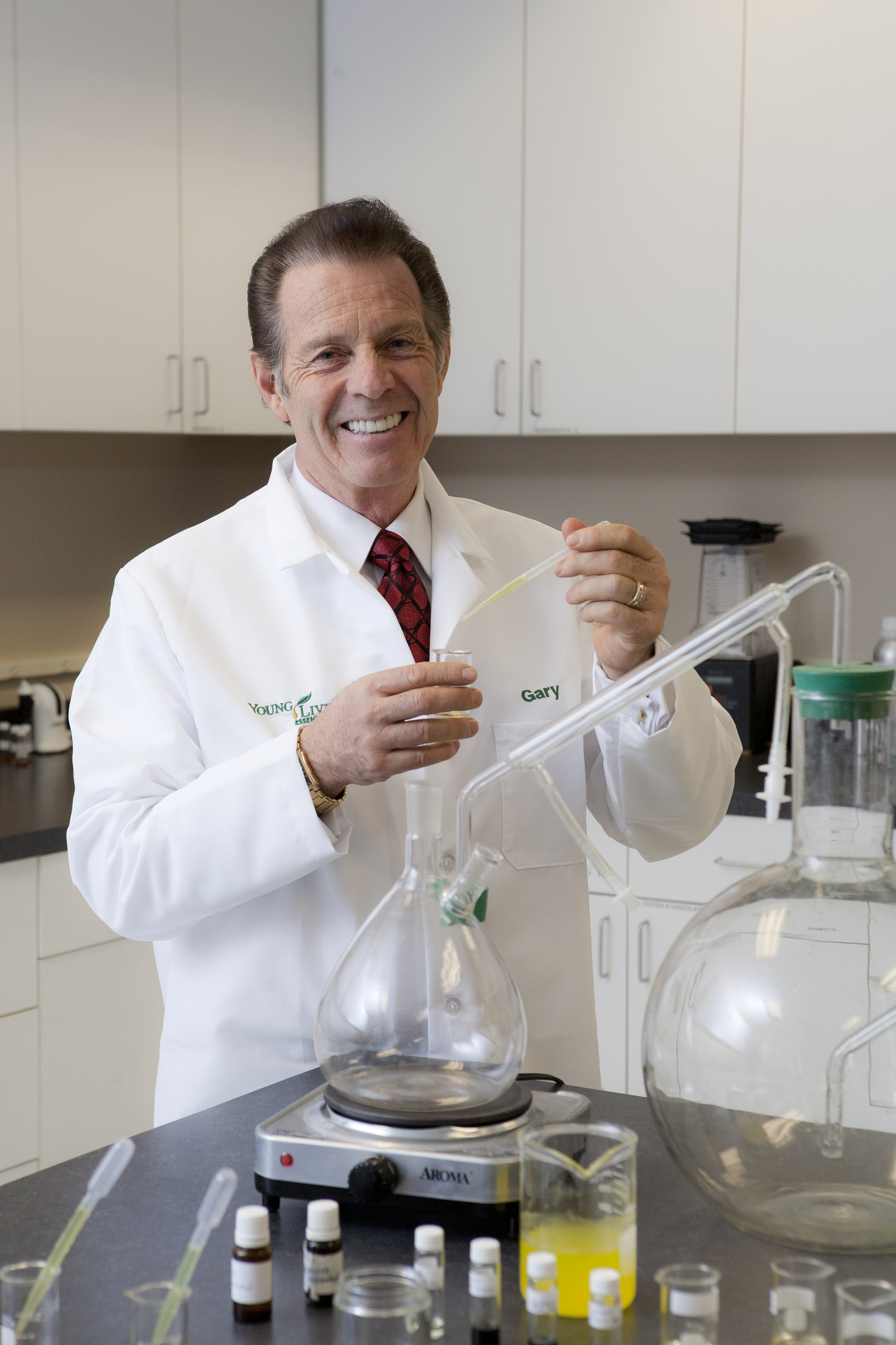 I’m grateful that Young Living has been around for long enough to allow Gary the opportunity to instil his core values into the people who now stand at its helm – people like Jared Turner, Mike Buch, Lauren Walker, Ben Riley, the farm managers, the general managers, and many, many others.

Young Living and its stewards will continue to honour Gary’s legacy, and his exacting standards in every aspect of the production of world-class essential oils.

The Seed to Seal standard has been developed by Gary himself, and will always remain the benchmark for every Young Living product.

Before he passed, as one of his last corporate acts, Gary initiated a program which I believe is the first of its kind in the network marketing industry.

He set up a system whereby every staff member who works for Young Living for 5 years or more receives a share of Young Living’s profit.

Gary knew that it is the strength of the team that creates the strength of the company, and he wanted to ensure that we have the strongest of teams moving forwards – one that will bring us stability, and which will honour and maintain his vision, at the same time rewarding these staff for their loyalty and service to the company.

I am grateful that the team who surrounded Gary throughout his life will be the team who help us to carry his legacy and his company forward. And his beloved wife, Mary Young, will continue as CEO of Young Living.

My journey with Gary Young 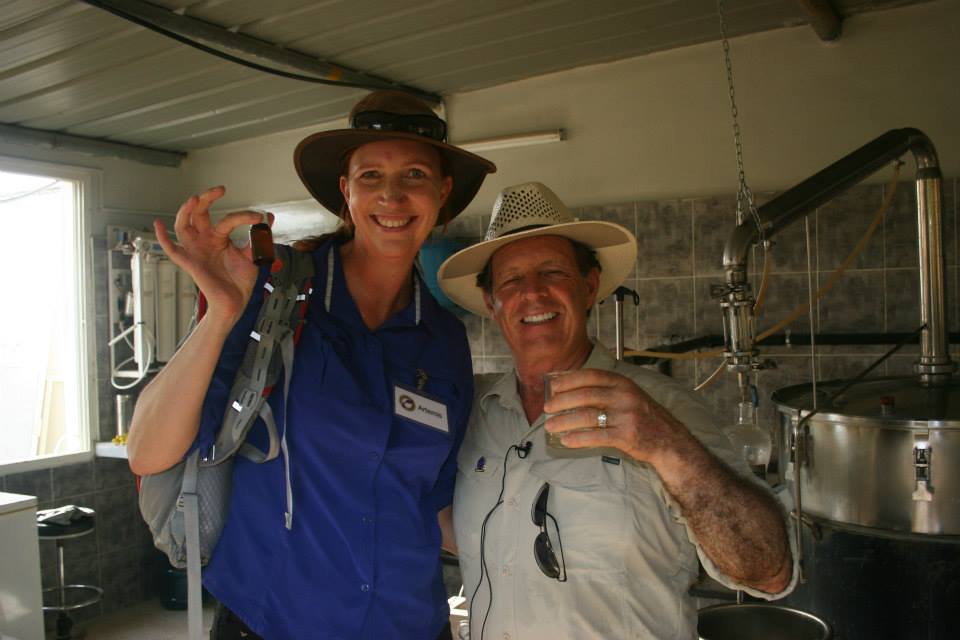 I met Gary Young in November 1998, at his first ever talk in Brisbane, Australia. I’d heard about Young Living only two months earlier, having been given a cassette of Gary talking about essential oils. Being both a scientist and a healer, his explanation of essential oils and how they worked was completely inspiring. Through that cassette, he showed me that:

Essential oils are indeed the “Missing Link” in our world – putting the gifts of nature into our hands, so that we can be in charge of our own wellness.

But he also taught me that not all essential oils are created equal. And that’s when I realized that the regular brands I was sourcing in Australia were potentially missing some key elements, and so maybe I hadn’t ever experienced the true potential of an essential oil.

Listening to a cassette is very different to meeting someone in person. So when I learned that Gary was coming to Brisbane, I travelled there to attend. Gary’s presentation was so inspiring, that I realized he had a lot to teach me. Not only that…

I was having jaw-dropping experiences with his essential oils….such that I could absolutely attest to the fact that they are in a class of their own.

But the scientist in me was very curious. How come these oils are so different from other brands? Is it the farming? Is it the plant itself? Is it Gary’s mastery at distillation, or blending? Or is it some intangible quality that comes from a man whose life mission is to help the world understand the power of true essential oils.

Around the world and back 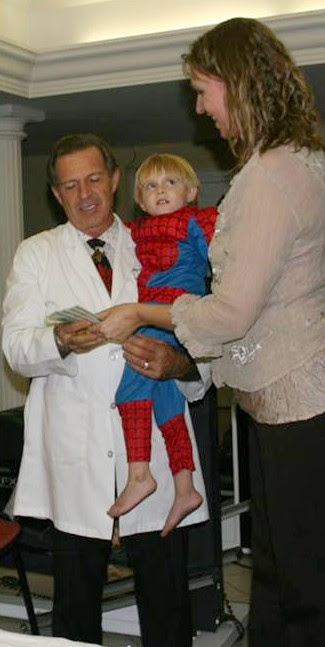 And so began my 20-year journey with Gary Young – a journey that has taken me all around the world, to the most incredible, exotic places, learning from him at every opportunity.

I first studied Raindrop Technique with Gary in a 4 day training in Dallas in the year 2000.

1100 people filled the room, and video cameras were focused in on Gary’s hands as he demonstrated each step to us, and the images were projected onto two large cinema screens. 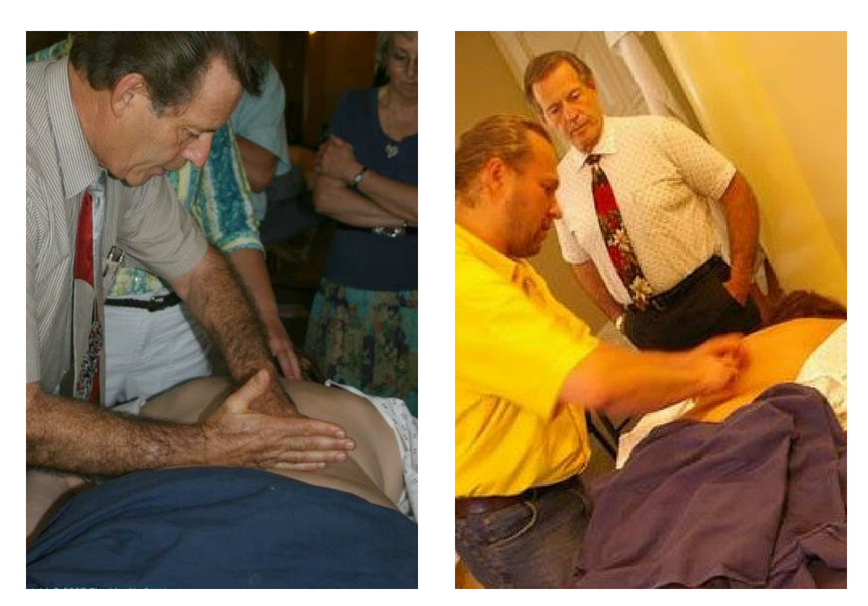 The pics above were taken at that 2007 training, where we were blessed to ask Gary every question we had about Raindrop Technique, and where Gary was able to show us the fine-points of each step. That training was one of the highlights of my life. 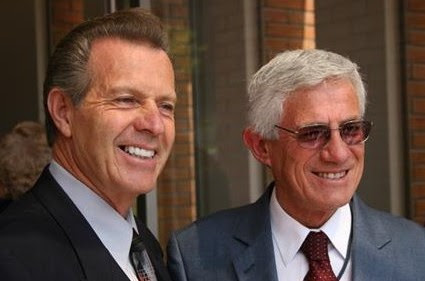 5 times I visited Ecuador when Gary was living there, thriving to learn from him as he developed Neuroauricular Technique, opened the Nova Vita Centre, partnered with Dr. Rodas (Dean of the medical school at Azuay University – pictured here with Gary), and established the Young Living Academy. I am now proud to sponsor a child through this Academy. 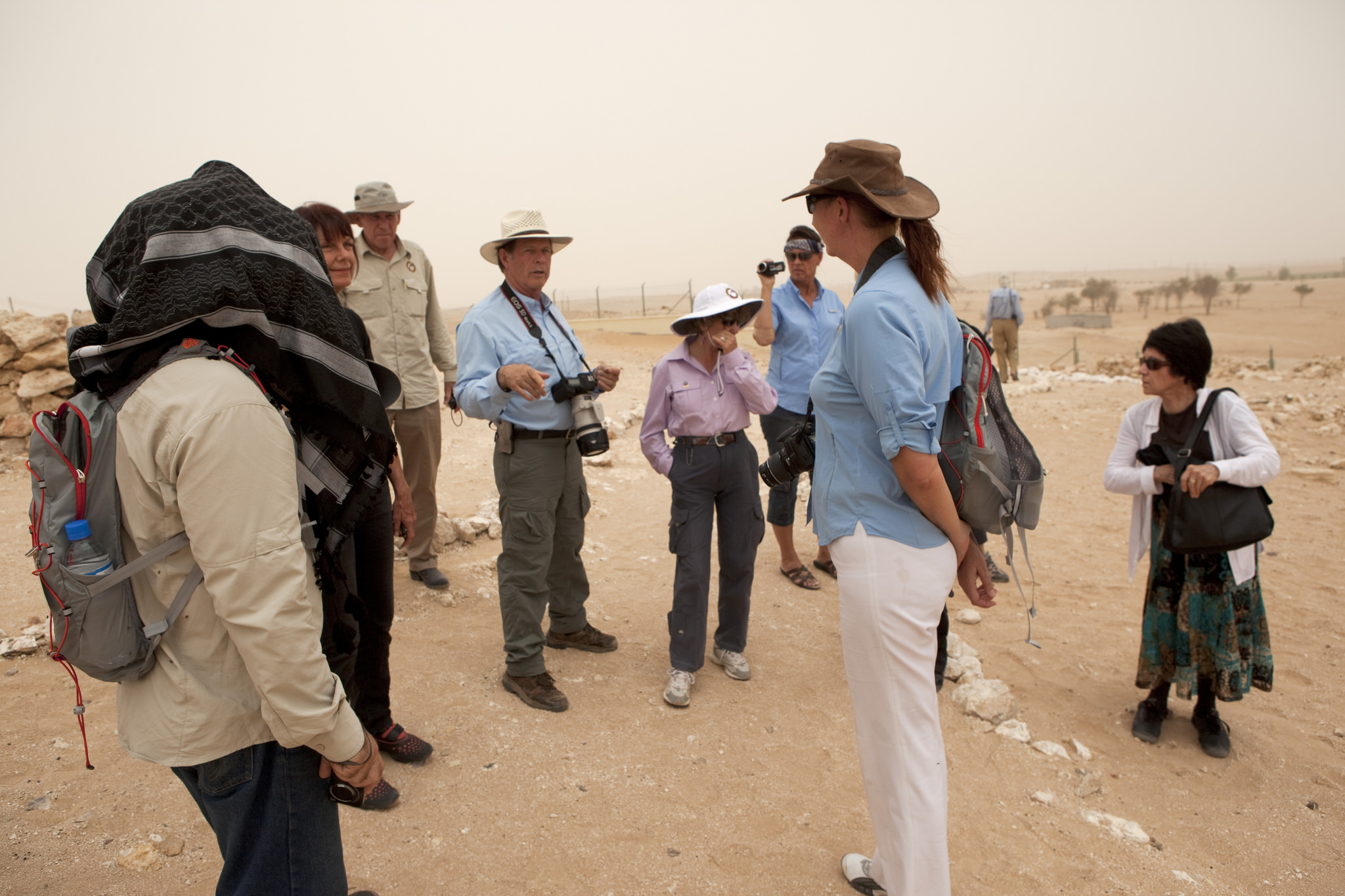 I have followed Gary into the desert of Oman (quite literally – see pic!!!), and I have journeyed with him as we retraced his steps in the south of France where he had spent a great deal of time learning the art of distillation. I have attended Conventions year after year, each time learning something wonderful and new.

But the very best memories I have of Gary are those that took place on his farms – sometimes solo, sometimes in the company of other Young Living members.

The farms are where Gary was always the happiest, being in his element, surrounded by nature, sharing himself generously with his Young Living family. 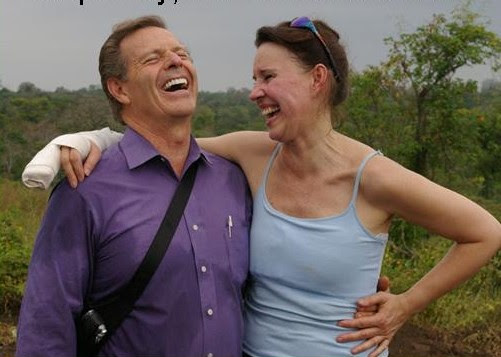 He’s cooked me pancakes, he’s taken me on his raft as we rode the rapids in Idaho, he’s shown me the fields where he’s running experiments to determine the ideal way to harvest an essential oil, and he’s joyously shared his latest discoveries and inventions.

From My Heart to Yours:

To dear Gary – I will miss you deeply, and will always hold you in my heart.

Thank you for all the gifts you have given to our world, in the techniques you have developed, the discoveries you have made with oils, and the company Young Living that has blessed so many of us with abundance.

You have been a giant amongst men, and your memory will live in our hearts.

I count myself blessed to have known you, as your work will become legendary for centuries to come.

You are indeed the Father of the modern day essential oil movement. We were never ready to lose you, yet we know that you watch over us.

Now it is our turn to carry your torch around the world, bringing light and the message of nature’s gifts to all.

How you can contribute

Please share your memories of Gary on Young Living’s memorial page at www.DGaryYoung.com or by email to dgaryyoungtribute@youngliving.com.

In lieu of sending flowers or gifts, Gary’s family have asked that donations be made to the non-profit organization that Gary started, The D. Gary Young, Young Living Foundation. For more information, please visit: https://younglivingfoundation.org/honoring-gary-young.

Thank you for taking the time to honour a truly great humanitarian.