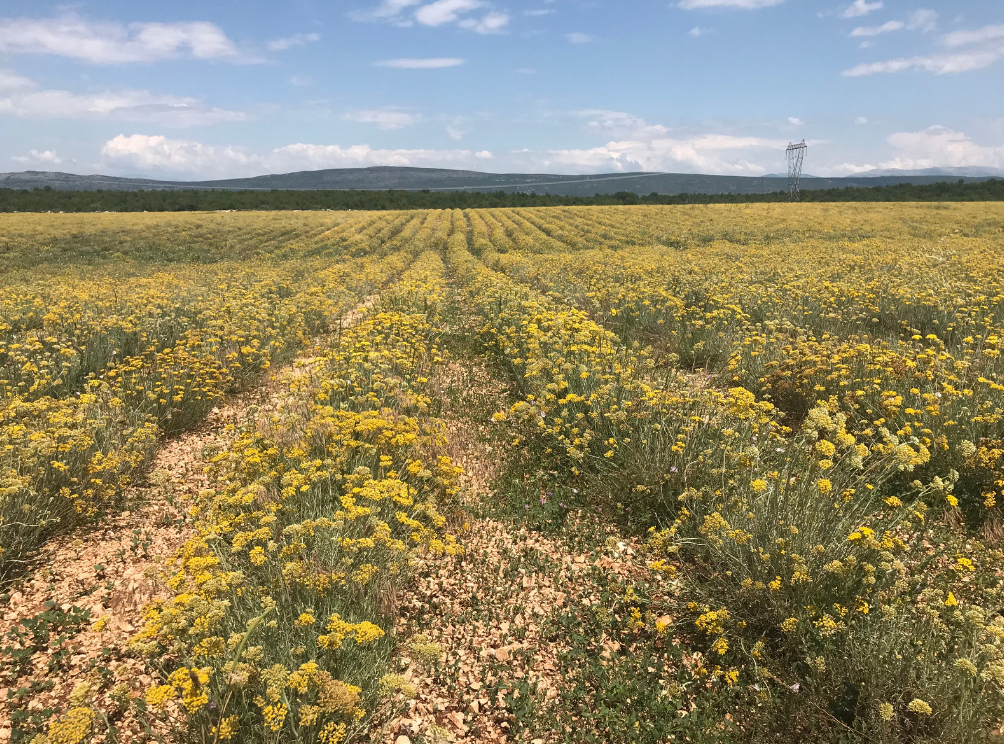 I am so excited to share with you all the wonderful information that I learned on the farm – I’ll spread it over a couple of bulletins, so you can enjoy it even more! 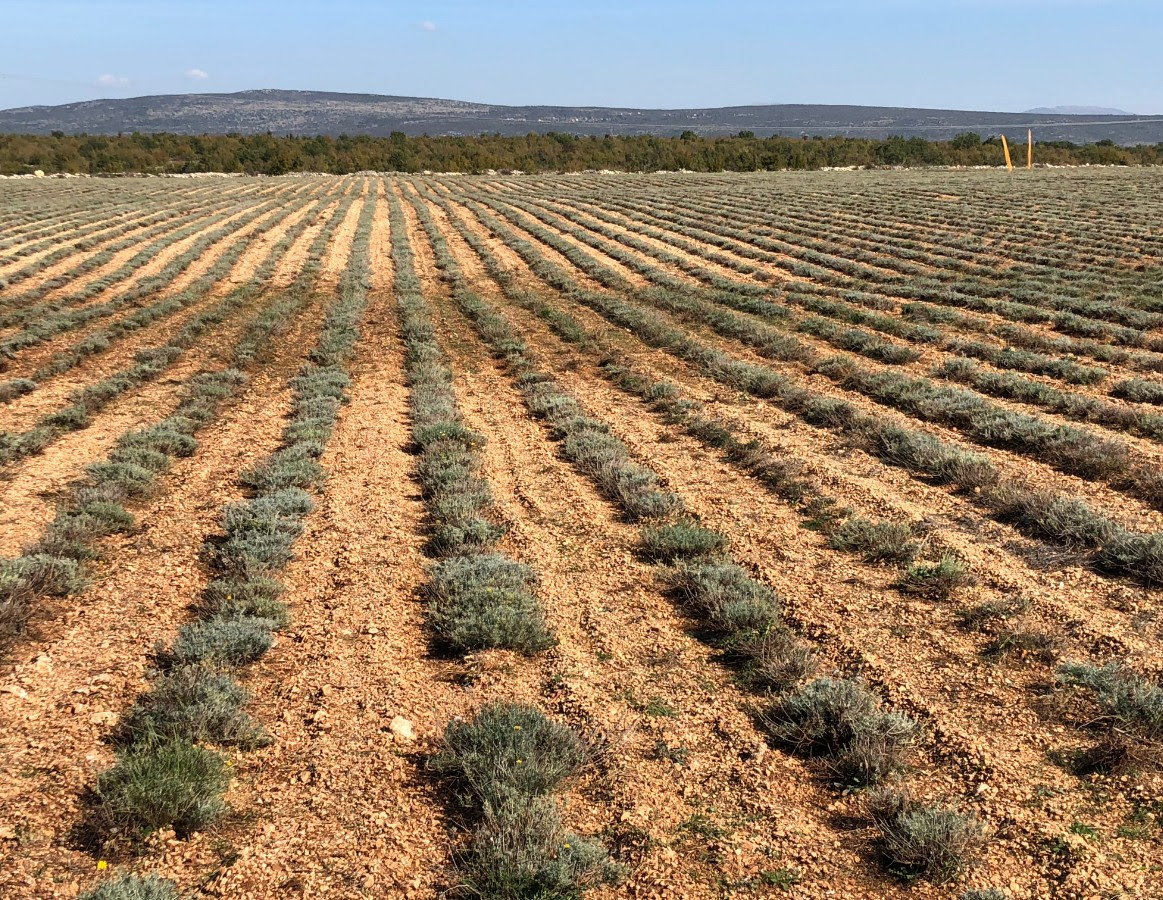 Young Living’s Dalmatian Farm is a 58km (36 mile) drive from the historic coastal township of Split, the second largest town in Croatia with a population of 200,000. 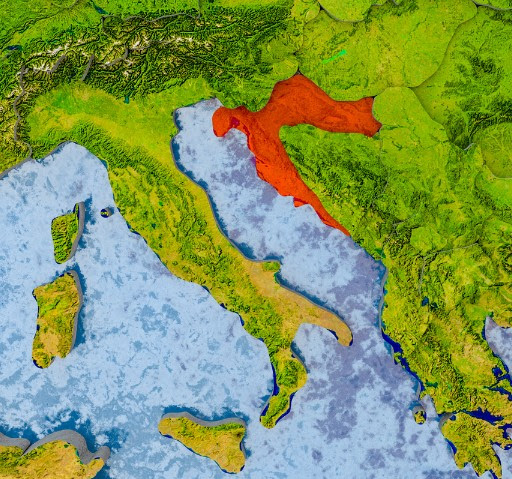 Not sure where Croatia is? Remember how Italy looks like a woman’s boot? Picture the back of the calf muscle (ie. the North-Eastern coastline of Italy). Head across the beautiful Adriatic Sea, and you will hit Croatia, part of former Yugoslavia. It’s no wonder that the food of Croatia is humble and earthy, with lots of seafood and meat dishes, and a strong Italian influence.

When Gary Young (the founder of Young Living) first came to Croatia, he realised he’d uncovered one of nature’s treasure-chests. 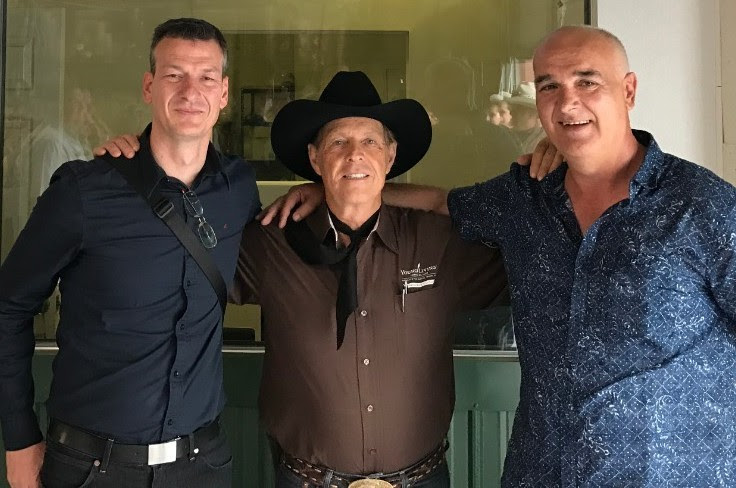 There are 115 varieties of aromatic plant in Croatia, and 52 of these produce essential oils!!! If you know anything about Gary, you’ll know that he’d want us to have all 52 of these produced on our farm! And one day hopefully that will happen, as our farm continues to grow.

Young Living’s Dalmatian farm was established in 2015, and its primary aromatic plant is Helichrysum italicum (the everlasting daisy – also known as “Immortelle”), from which we obtain our magnificent Helichrysum essential oil.

The farm also produces several other essential oils from local aromatic plants, including: 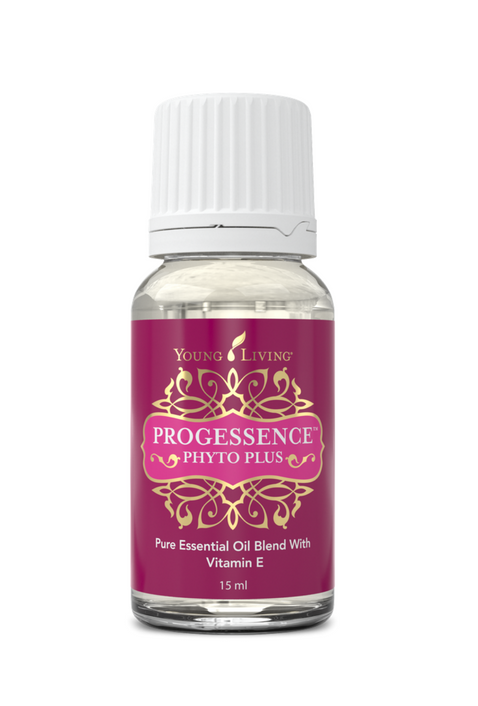 Young Living has also established test plots for Vitex oil, which is a key ingredient in Progessence Phyto Plus.

Sourcing enough Vitex oil in the quality required by Young Living has proven a challenge, and this is why Progessence Phyto Plus has been out of stock recently.

The Dalmatian farm will hopefully be the perfect solution for a long-term sustainable supply of Vitex oil.

The Dalmatian Farm rests at an altitude of 300 metres (0.2 of a mile), and is a mere 15km (9 miles) from the ocean. It began as a 53 hectare (130 acre) farm, and by October 2018 it had more than doubled in size to 110 hectares (272 acres). Not only does it bless us with these beautiful oils, it also blesses the Croatian community by having a substantial impact on employment.

The best Helichrysum oil Gary
had ever seen! 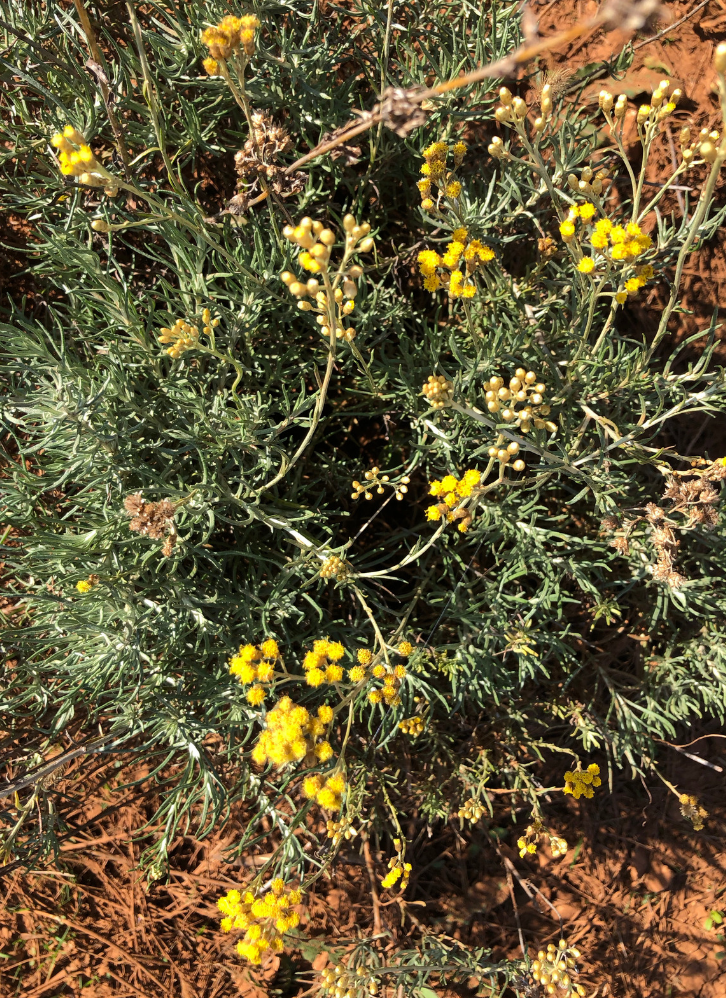 Helichrysum italicum grows throughout Corsica, Italy, and the region previously known as Yugoslavia, which includes countries like Serbia and Croatia.

In the early days of Young Living, Gary had been sourcing Helichrysum oil primarily from Corsica. However, the Corsican Helichrysum oil was in such strong demand from perfume companies that Gary could never secure enough for Young Living’s growing needs, so he turned to the region of former Yugoslavia for his supplies.

One day, a mutual friend put him in touch with Dominic, who was producing Croatian Helichrysum oil. At that time, Dominic had received 10 acres (4 hectares) of land from the Croatian Government for Helichrysum production.

When Gary smelled and tested the oil produced by Dominic, he realized it was the best he’d ever seen. It was a very complex oil, and incredibly unique in its balance of constituents.

Gary was immediately on the phone to Dominic, asking how much Helichrysum oil he could purchase….and in true Gary style, he wanted 10 times more oil than what Dominic was producing!It wasn’t long before Gary recognised the need for a Young Living farm and distillery in this part of Croatia, and he asked Dominic to come on board as farm manager.

Watch this wonderful video of Dominic sharing his early journey with Gary Young (with an interpreter translating into English). It’s very heart-warming – watch it to the very end! (Thanks to Jen Gallagher for supplying the footage!!!)

As the essential oil movement grows around the world, we can predict a future where essential oils will be such a precious commodity and so highly valued that it’s going to be difficult for companies to obtain enough quantity of top-quality, therapeutic-grade essential oils.

Owning our own farms and distilleries and entering into exclusive partner-farm agreements is the ultimate solution, ensuring the sustainability and availability of both the aromatic plants and their essential oils.

Dominic shares, “Because of the volume of oils that Gary wanted in order to supply Young Living’s needs, this introduced a problem with the capacity of manufacture. Gary asked me how long it would take to build a distillery of the size we needed, and I told him 6 months. Gary said we’d do it in one month, and I told him he was completely crazy!!! But it was operational in just 19 days!!!”

There are many instances where I have seen how blessed Gary is with his inner guidance. The Dalmatian Farm is no exception. 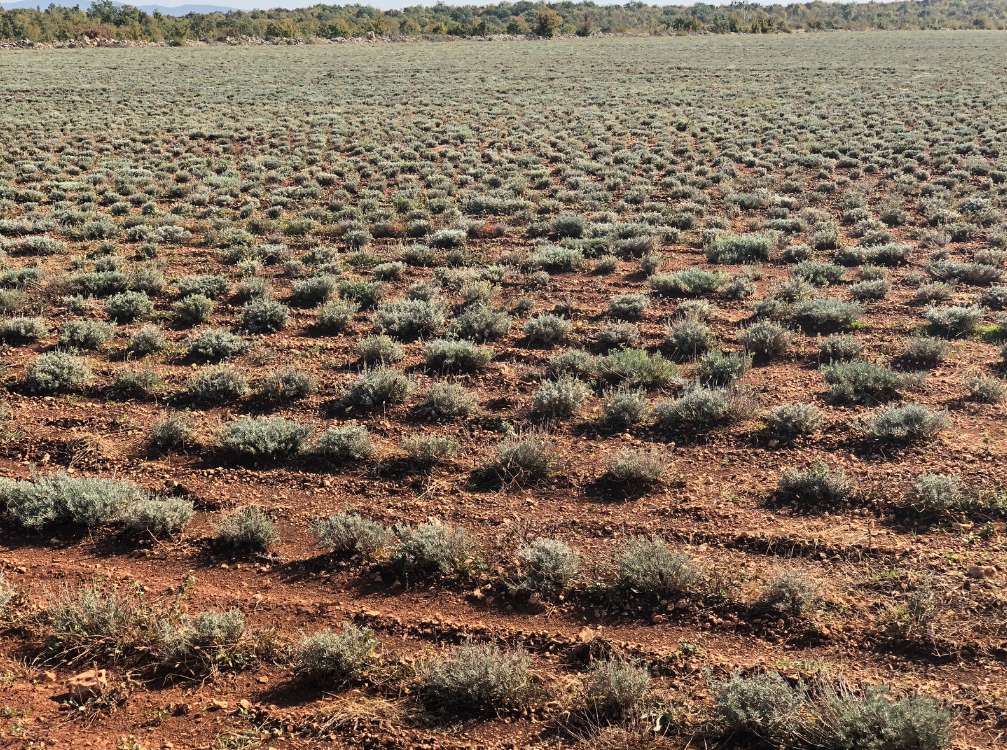 At the time that Young Living acquired the land, no one (except perhaps Gary himself) realized how perfect a location it was for growing Helichrysum.

There is a very narrow 150km corridor in central Croatia where all the factors of climate, soil, rainfall and wind perfectly merge to create the ideal growing conditions for Helichrysum.

It creates a unique Helichrysum oil, because all the constituents are in balance, all the time.

Gary and Dominic discovered that this narrow corridor in Croatia produces the perfect Helichrysum oil, one that remains in precise balance with every harvest.

Dominic shares, “After discovering our Helichrysum oil, Gary used to say he wouldn’t choose any other Helichrysum oil apart from the one in this particular part of Croatia, so he made it possible for us to do this big project….and in return, we all want to follow his methods.”

The 5 core needs of Helichrysum

You’ve often heard me speak with passion about the uniqueness of different plants. Extracting their oils is not just a case of working out the ideal pressure, temperature and cooking time. It’s also about falling in love with the plant itself, getting to know what nourishes it into the finest and healthiest plant possible.

The Young Living farm sits at 300 metres (0.2 miles) above sea level – which is absolutely perfect, because Croatian Helichrysum thrives at 300 to 350m in altitude. 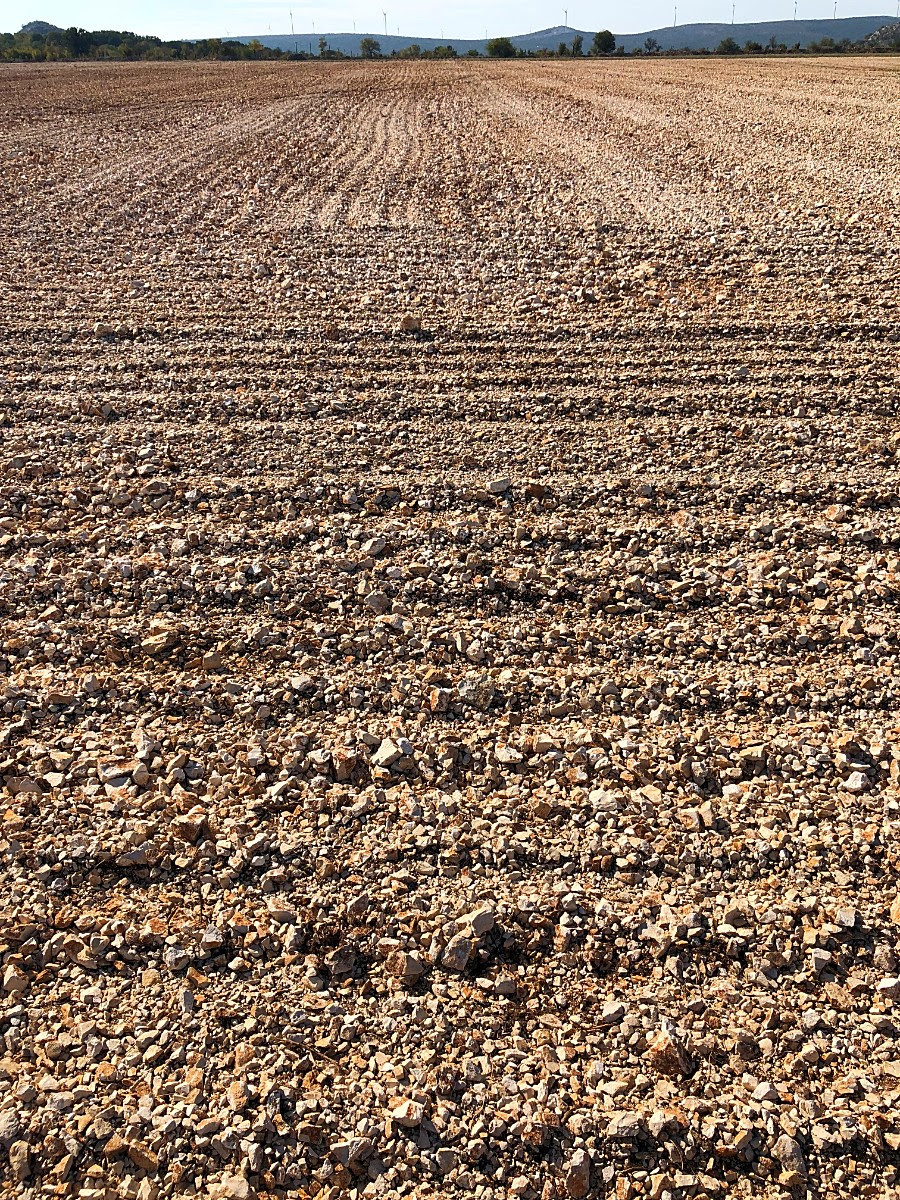 2. Limestone in the Soil

When Gary first acquired the Dalmatian farm, he did some experiments. He already knew that Helichrysum likes a very rocky soil, one that won’t hold moisture well. This is because it loves dry conditions, so it doesn’t want its soil to be too wet.

Gary wanted to see what effect the size of the rock makes on the growth of the Helichrysum plant. Does the plant grow best with the larger natural rocks in the field…or is it better to crush the rocks to make them smaller? Gary planted several fields side by side, and experimented with rock size. He used a special piece of machinery, a Rock Crusher, to crush the rocks down to different sizes. 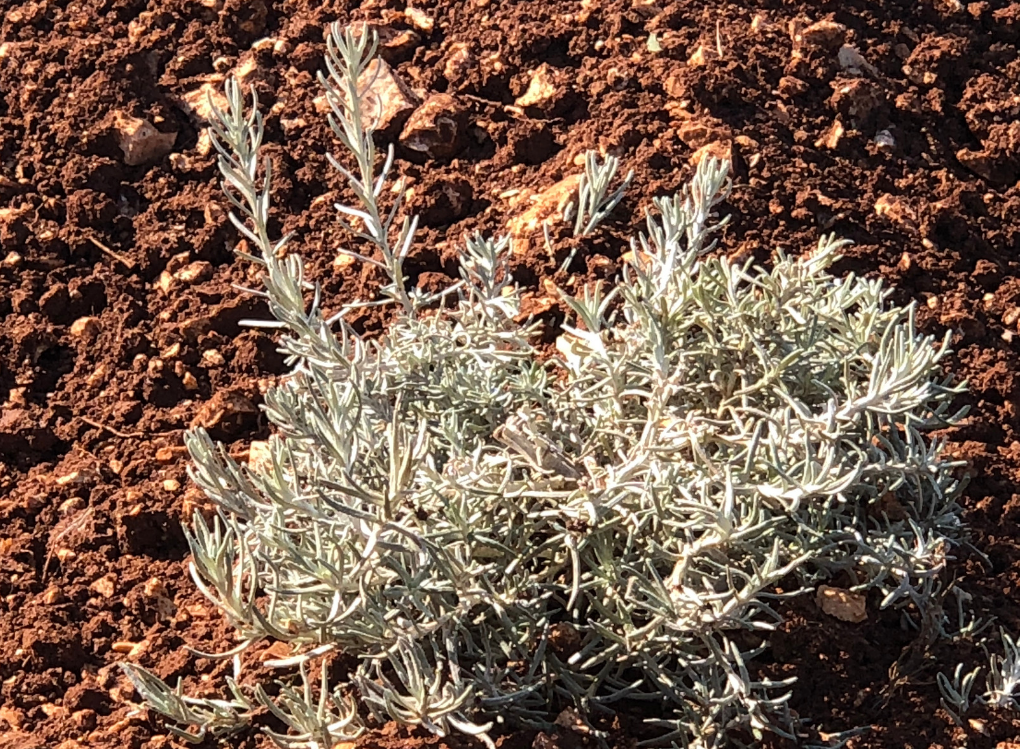 By undertaking this research experiment, Gary discovered that the Helichrysum plant thrives best when the rocks are small, the size of pebbles.

Now the rock crusher (pictured below) is used over all the fields to crush the top 25cm (10 inches) of rocks down to pebble size.

Why just 25cm? It’s because Helichrysum doesn’t have a big root system, so 25cm is the perfect size to ensure that the roots of the plant can access the nutrients from the limestone and soil in this top layer, and that the moisture from the rain will penetrate easily down through this first 25cm, delivering the necessary water to the plant’s root system.

This research into rock size was a huge investment in time and money…yet it’s what I most LOVE about Young Living. They always see the bigger picture, and want to experiment to find the absolute best conditions for each plant, knowing that this will gift us with oils that are so far beyond the quality of any other brand. This is what makes Young Living truly unique. 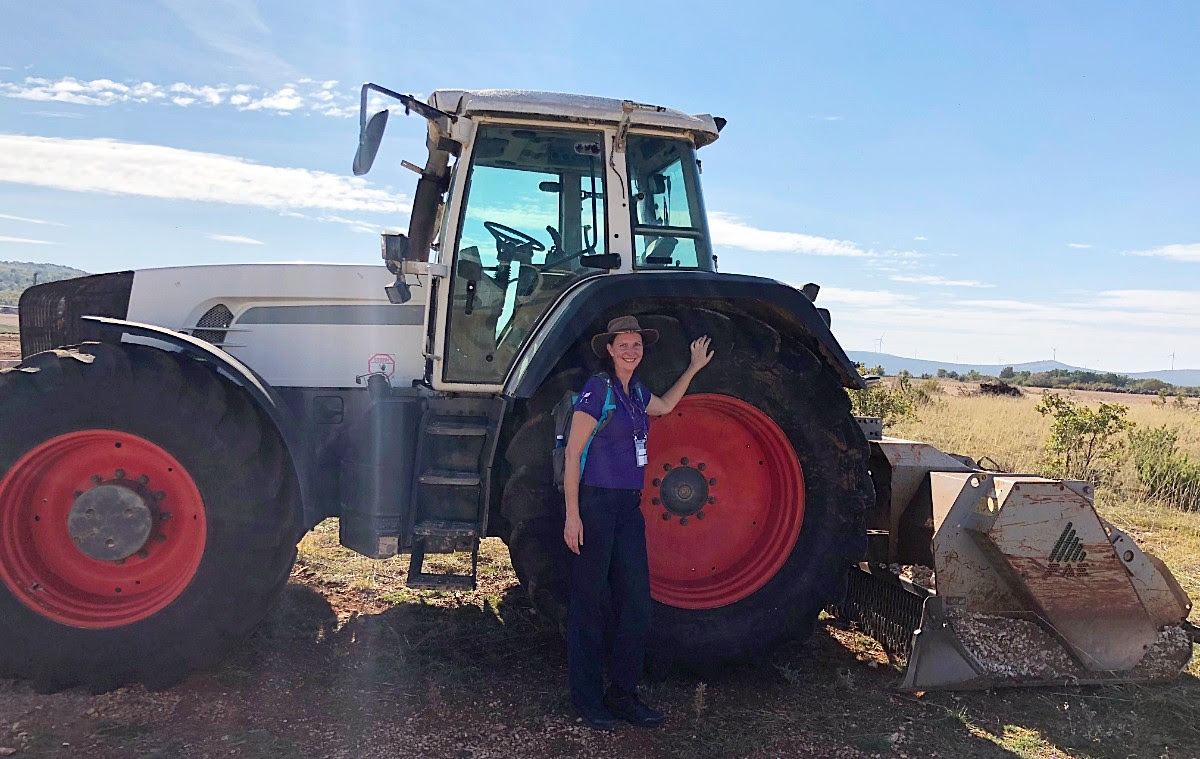 4. Rain in April and May

Helichrysum thrives in a hot, dry climate. It doesn’t need any type of watering system on the farm, making it a very self-sufficient plant to grow. It just needs a single good rain in April, and another one in May, and the lovely warm temperatures of the Croatian summer…and that’s all!

This perfect combination of high temperatures and dry weather is like your “perfect storm”. It’s needed to produce the best quality Helichrysum oil.

This is extremely important, because in Croatia the only natural threat to Helichrysum is a butterfly which lays its eggs on the leaf. Once the caterpillars hatch and you see them on the leaf, it’s already too late for the plant, and it becomes fodder to all the butterflies-to-be.

Because our Dalmatian farm lies in a wind corridor, there are very few butterflies present because of the constant wind levels…and the handful of butterflies that remain are not enough to cause any significant damage to the crop.

Where do other companies source their Helichrysum oil?

So if Young Living have discovered the perfect region for growing Helichrysum in order to get the very best oil…where are other essential oil companies buying their Helichrysum from?

All we know is that most of the essential oil grown in this narrow corridor in Croatia is purchased by Young Living. Other companies are usually sourcing their oils from other parts of Croatia, or from the wild crafted plants growing on Corsica (ie. plants growing in the wild, and not under cultivation), or they source from Serbia or other parts of former Yugoslavia, often from fields that don’t have natural limestone.

To compensate for the lack of limestone in some of these areas, farmers bring stones into their fields, hoping this will supply the plants with the necessary calcium carbonate….but their plants often die after 2 to 3 years, because they are not getting the nutrition they need.

That’s why Young Living’s Dalmatian farm is so unique.

In our next bulletin I’ll be sharing some fascinating facts about Helichrysum, and about how the essential oil is extracted from the plant…..