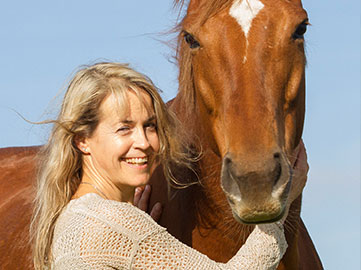 When Dagmar Klingenboeck moved from Switzerland to Australia, she landed her dream job as foreperson for a race horse trainer, taking care of the horses, riding them, even taking them to the races. When the opportunity arose to study animal communication and learn how to ask specific questions of animals, she leapt at it. 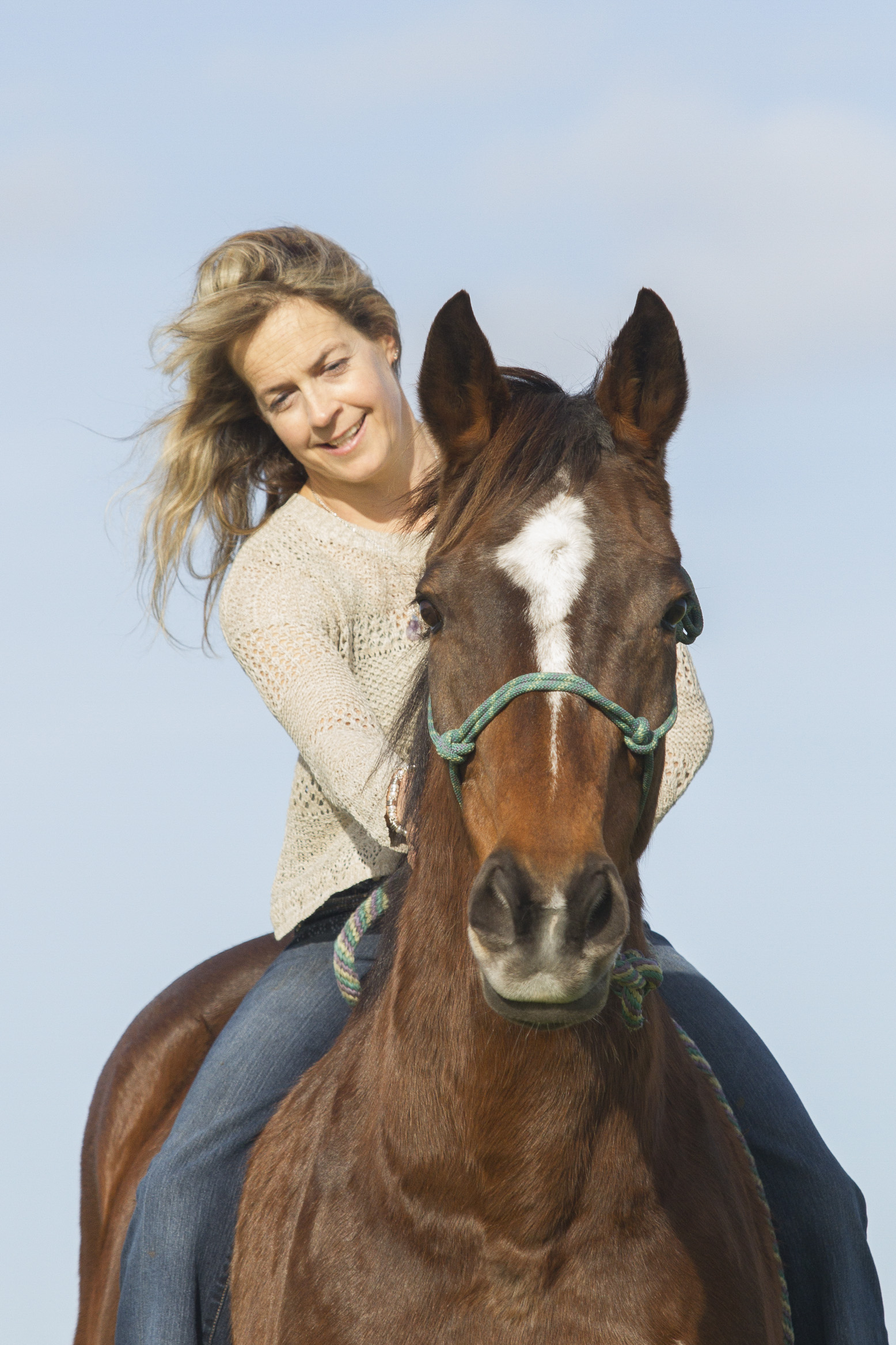 I always felt I had a connection with animals, more than with people. Animals seem to understand me, and I know how they felt.

After doing the course, Dagmar was talking to her cat. She always fed him in the stables on top of a grey box. But her cat told her he didn’t like jumping onto the box, because he felt like “an elephant in the circus”. It was such an unusual comment that Dagmar knew she couldn’t have made that up – especially because she’d never thought there was a problem with him being fed on the box.

When Dagmar told her boss about the animal communication course, he told her that if she believed in that type of thing, she was “stupid”. One day, when one of the race horses wasn’t performing well on the race track, he jokingly told her to “go and talk to the horse, and tell me what’s wrong with it”. So Dagmar did just that.

The mare told Dagmar that her hip on the “off side” (the right side) was displaced, like it was “pulled apart”. This was unusual, given that there were no signs of lameness in the horse to suggest any structural issue. The mare told Dagmar about several other issues as well, all of which Dagmar wrote down.

Dagmar went to her boss, and suggested he take the mare to her Chiropractor, who worked on both people and animals. After the Chiropractor had carefully checked the horse, the boss asked him what he’d found….and he said that she was out on her off-side. He also mentioned all the other findings that the mare had told Dagmar about. Dagmar showed her notes from the communication session to her boss, and he stood there with his mouth open in disbelief.

The Chiropractor was so fascinated by Dagmar’s communications that he asked for her help communicating with all of his animals. One horse told Dagmar that he was having problems urinating. The Chiropractor called the vet and had the horse sedated, and sure enough – there was a huge calcified “pin” at the end of its penis. The Vet was amazed, because there was no outward indication of an issue.

It was after this experience that the Chiropractor encouraged Dagmar to start her own business doing animal communication, because she would help a lot of people.

The animals often tell me what they needed to optimize their health. It is never drugs, but always some type of natural substance – a herb, a mineral, a plant.

So when Dagmar learned about the Young Living oils in June 2017, and how they are 100% natural, she realized that many of the herbs or plants that animals were mentioning could be given as essential oils instead. 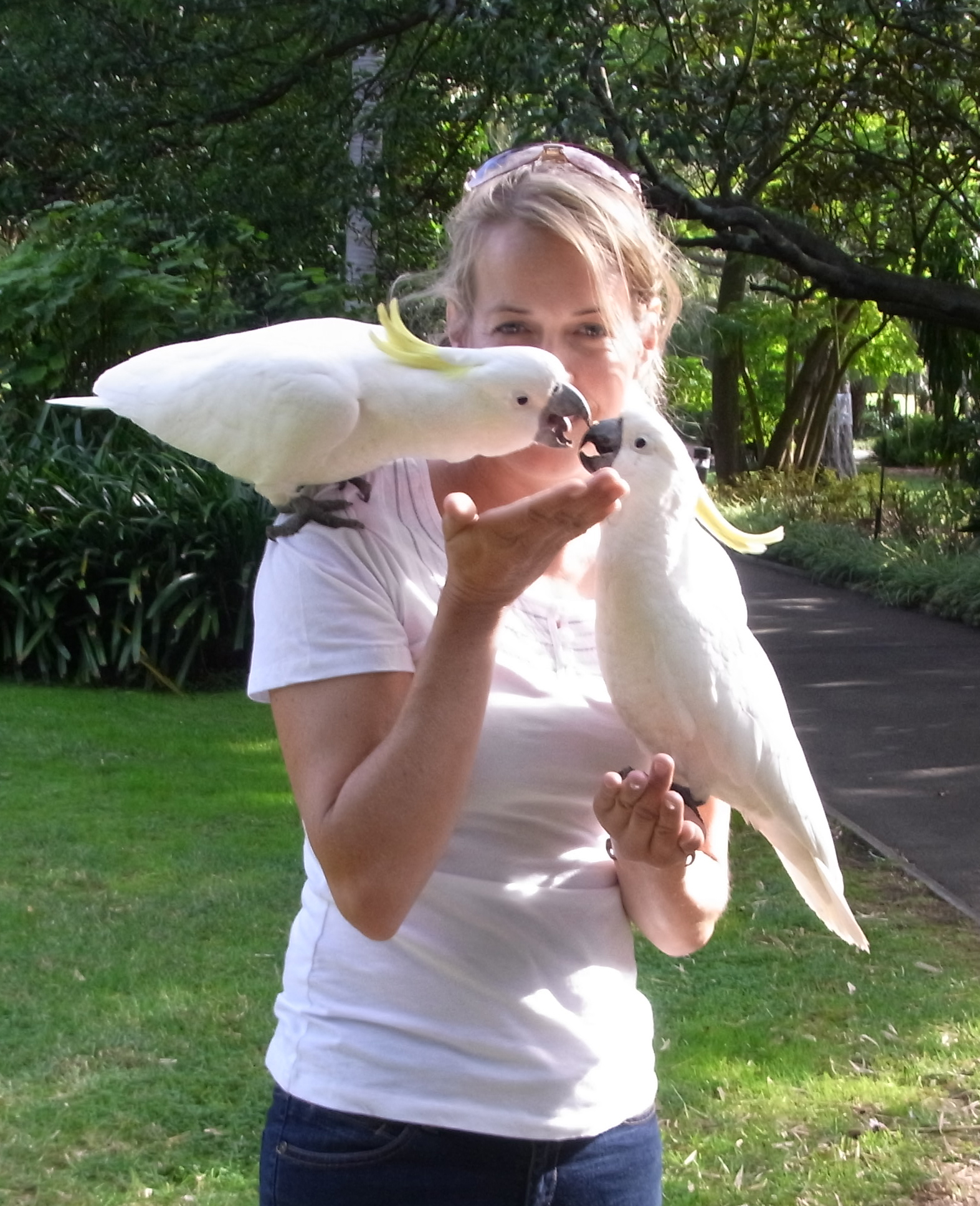 Dagmar is by no means an essential oils expert. She’s loved researching the oils and plants that animals are suggesting to her, because in every instance she can see how “spot on” the oil is for that animal’s unique needs, and she can see the results.

Her own cat asked for Lavender oil on its throat. Dagmar put a drop on him every day for a few weeks, and an amazing change occurred in his voice, like something had been opened up energetically.

A gelding asked for Oregano during winter time, which is a great oil for remaining healthy all year round. Another horse had been in a traumatic accident, where a 70kg metal bar had fallen on its head, causing brain trauma. This horse asked for Geranium and Frankincense in order to help it to move through the emotions and fear following that event, and this also makes perfect sense.

When Dagmar chatted to a pony that was about to be used as a demo horse in a class, it told her that it didn’t need Stress-away oil to relax, but that Lavender oil would help it find “complete relaxation”. It gave Dagmar the feeling of what it’s like to have a bath, when all the stress has seeped out of your body.

Another horse was quite tense and stressed, and the owner had a lot of problems trying to relax her. This horse asked for Roman Chamomile and Valor.

Some animals can be quite specific about where they want the oil placed on their body and the frequency of its use, whereas other animals just mention what oil they’d like used, and Dagmar has to ask for more information if she needs it.

One dog asked Dagmar for Peppermint, Ginger and Lemongrass. The owner didn’t have those particular oils, so instead used Di-Gize which has them in it. The dog didn’t like the smell of it, but it really made a difference to her. Dagmar explains:

Just because an animal asks for something doesn’t mean it will enjoy having it. Horses will tell me they have worms, but that doesn’t mean they’ll enjoy the worming paste! So don’t expect your animal to love the oils you put on it, even if they are asking for it. Some do, and some don’t. 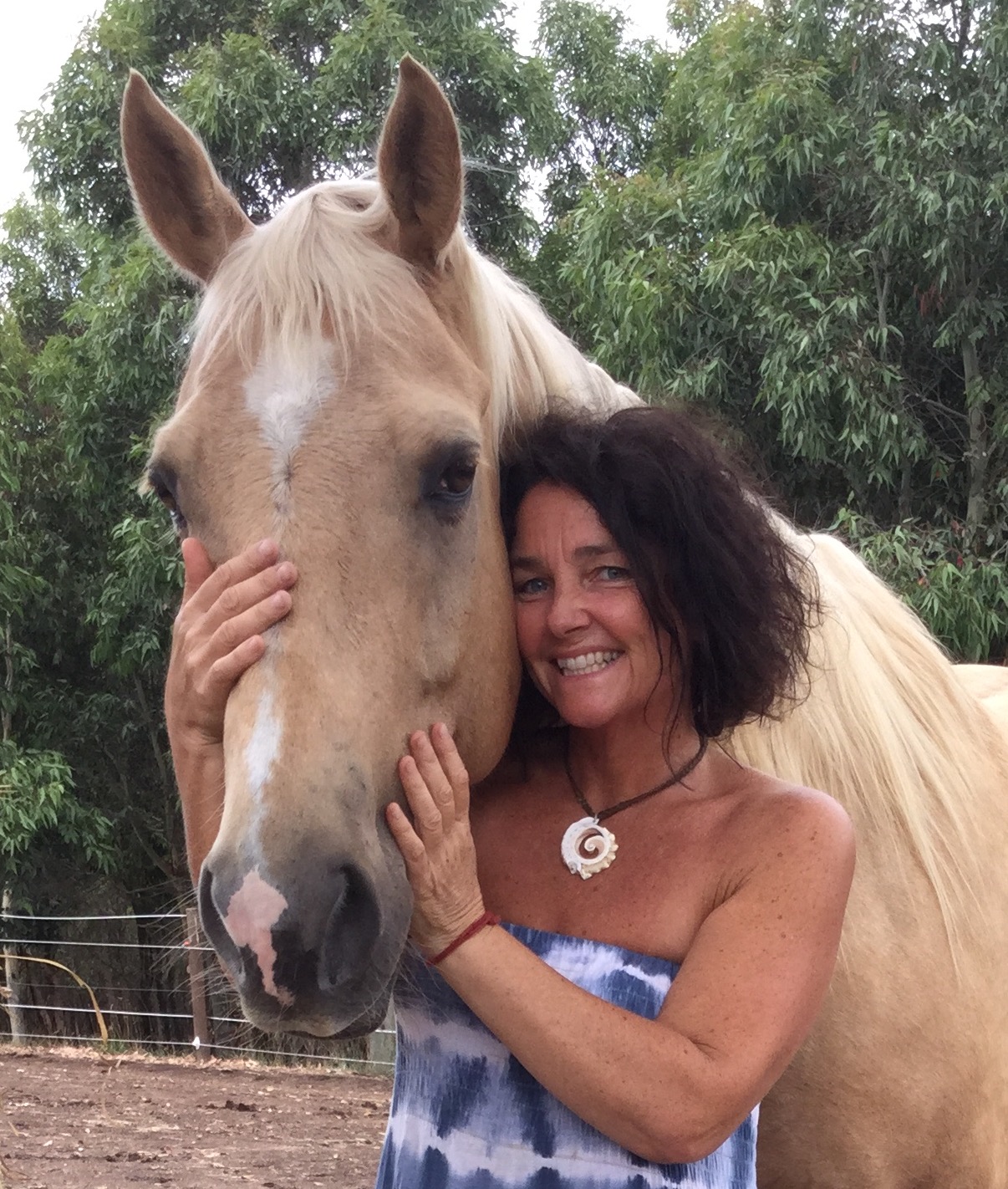 Alison Smith engaged Dagmar to communicate with her horses, and she asked Dagmar why her horse Bingo liked Frankincense oil. Every morning, Alison takes her bottle of Frankincense oil to the paddock, and Bingo stops and sniffs the Frankincense oil directly from the bottle, closing his eyes, taking deep breaths in. At that time, Dagmar wasn’t yet familiar with the Young Living oils, but she spoke to Bingo about his love of Frankincense.

He said to me that he really enjoyed the Frankincense oil because it made him feel very clear in his mind, and he felt like he connected with Alison better when he inhaled Frankincense – it helped them communicate better.

If you are interested in Dagmar’s animal communication courses, or having Dagmar’s help communicating with your own animals, she can be contacted via her website, www.animalcommunication.com.au